The USDA, the Office of the Inspector General (USDA-OIG), the Drug Enforcement Administration (DEA) and the U.S. Attorney’s Office for the Middle District of Georgia are leading the investigation 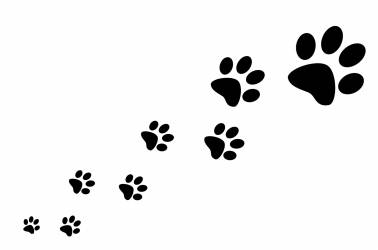 The United States Department of Agriculture, Office of the Inspector General (USDA-OIG), the Drug Enforcement Administration (DEA) and the U.S. Attorney’s Office for the Middle District of Georgia are leading the investigation, with the assistance of the following agencies:

This is an ongoing investigation and any individuals who may be arrested in this investigation are presumed innocent unless and until proven guilty beyond a reasonable doubt in a court of competent jurisdiction.

Eleven federal search warrants were executed at the following locations on Wednesday, February 26, 2020:

The 156 rescued animals are now in the care of the U.S. Marshals Service. Many of the animals are malnourished with scarring, and some are severely injured and require surgery or other medical intervention. For example, one animal, a female pit bull, was discovered chained with broken legs, malnourished and overbred. An emergency veterinarian was on hand to administer care to the pit bull. At least two dogs had emergency surgery to treat their injuries. For the safety of the animals, the location of their care and housing will not be made public.

“I am incredibly grateful to the law enforcement teams who came together from all over the region to rescue these abused animals as we continue to investigate this alleged dog fighting ring,” said U.S. Attorney Charlie Peeler. “Illegal dog fighting is a barbaric activity. Those who choose to violate the Animal Welfare Act face serious consequences, including federal prison time, where there is no parole.”

“The provisions of the Animal Welfare Act were designed to protect animals from being used in illegal fighting ventures, which often entail other forms of criminal activity involving drugs, firearms, and gambling,” said Special Agent in Charge Jason Williams of the U.S. Department of Agriculture-Office of Inspector General (USDA-OIG). “Animal fighting is an investigative priority for USDA-OIG, and together with the Department of Justice, we will work with our law enforcement partners to investigate and assist in the criminal prosecution of those who participate in animal fighting ventures.”

“These search warrants are part of a multi-month, multi-agency investigation into allegations of illegal dog fighting and drug trafficking,” said Robert J. Murphy, the Special Agent in Charge of the DEA Atlanta Field Division. “Because of the dedication between all law enforcement agencies involved, the citizens of Middle Georgia are safer and innocent animals have been rescued.”

USDA Animal Care, a unit within the Animal and Plant Health Inspection Service, administers the AWA. This federal law establishes requirements concerning the transportation, sale and handling of certain animals and includes restrictions on the importation of live dogs for purposes of resale, prohibitions on animal fighting ventures and provisions intended to prevent the theft of personal pets. Regulations established under the AWA set standards for the humane care and treatment for certain animals that are exhibited to the public, sold for use as pets, used in research or transported commercially. Facilities using regulated animals for regulated purposes must provide their animals with adequate housing, sanitation, nutrition, water and veterinary care, and they must protect their animals from extreme weather and temperatures. The regulations also establish specific requirements that must be met prior to the importation of dogs for resale purposes.

Assistant U.S. Attorney Julia Bowen Mize is prosecuting the case for the Government.