Each year, communities across the United States come together during National Police Week to commemorate police officers, past and present, who, by their faithful service and loyal devotion to duty, protect our communities. 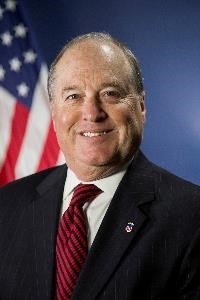 On April 10, 1962, President John F. Kennedy proclaimed May 15th as “Peace Officers Memorial Day” and the week in which it falls as “Police Week,” recognizing the essential role our law enforcement agencies play in safeguarding the rights and freedoms guaranteed to every American citizen by the Constitution.

Each day, the members of our law enforcement agencies fulfill their duty to serve the people by, in the words of President Kennedy, “safeguarding life and property, by protecting them against violence and disorder, and by protecting the innocent against deception and the weak against oppression and intimidation.”

Each year, communities across the United States come together during National Police Week to commemorate police officers, past and present, who, by their faithful service and loyal devotion to duty, protect our communities.

We especially pay tribute to and remember those law enforcement officers who have suffered debilitating injuries in the line of duty or who have made the ultimate sacrifice and the family members, friends, and fellow officers they have left behind.

During the week of May 10-16, a number of virtual activities are taking place across the nation. Please visit our twitter page for more information at: https://twitter.com/USAO_EDTN, #PoliceWeek2020, or #PoliceWeek.

The 32nd Annual Candlelight Vigil will be held on May 13th across the nation. This year the names of 307 officers killed in the line of duty and will be added to the National Law Enforcement Officers Memorial in Washington, DC. https://nleomf.org/virtual-candle and #UnitedByLight.

Over 800,000 law enforcement officers serve communities across the United States, including the dedicated members of law enforcement who protect and serve the citizens of east Tennessee.

A top priority of the United States Department of Justice is to support all of our law enforcement partners throughout the country. Attorney General Barr has emphasized to U.S. Attorneys our commitment to support law enforcement in the performance of their duties and affirm the critical role of police officers in our society.

All federal, state, and local law enforcement partners play a vital role in ensuring that there is justice for victims. State and local officers comprise eighty-five percent of all law enforcement. They are the backbone of our law enforcement efforts. In the Eastern District of Tennessee, we value and respect the job they do.

Since the first recorded death in 1791, more than 21,000 law enforcement officers in the United States have made the ultimate sacrifice in the line of duty. Statistics from the National Law Enforcement Memorial Fund from January 1 through May 6, 2020, indicate 84 officers have been killed in the line of duty across the nation this year already, 18 of which were firearms-related.

In November 2019, the Department of Justice announced a new initiative, Project Guardian, designed to reduce gun violence and enforce federal firearm laws across the country. This new initiative involves a combined-agency approach on gun crimes, emphasizing improved information-sharing and coordination in the prosecution of federal and state firearms laws and reviewing cases involving gun crimes to determine whether federal or state prosecution would be more appropriate. Currently, 251 cases have been brought forward to U.S. Attorneys’ Offices nationwide for prosecution.

As U.S. Attorney, I am committed to this program, and our office backs our law enforcement partners every step of the way. None of us can combat violent crime on his own. Working together, however, we can have a meaningful impact.

During this week dedicated to remembering those who have made the ultimate sacrifice, I would like to say THANK YOU to all members of local, state, and federal law enforcement for their dedication and the sacrifices they make each day to make our community, state, and nation safe.

Op Ed: Potential Heightened Risk of Child Exploitation Due To Increased Time Spent Online
FAITH COLUMN: Why you can’t trust the Bible (but you should trust God anyway)
Posting....