FAITH COLUMN: The tide is changing…

FAITH COLUMN: “You see, the tide is changing. Many people have been rescued by the Savior. This is because today we have more information available to answer people’s questions about evolution than at any previous point in the church’s history.” 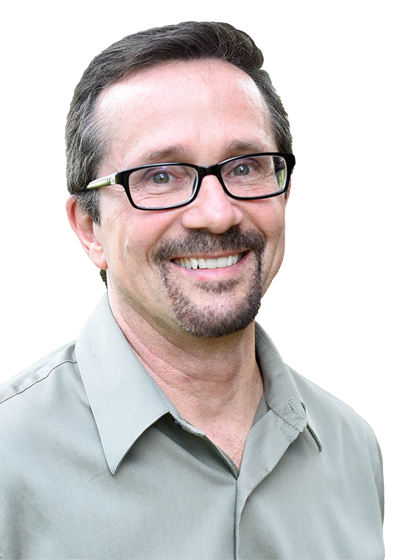 The state of California in the US is famous for its beaches and sun-drenched lifestyle. It’s a theme perpetuated in movies and popular songs. So, not being a native Californian, as a young boy, I imagined that all Californians must be surfers. As it happens, I married a ‘California girl’ and moved to the Golden State. In an attempt to ‘adapt to my new environment’ I tried to surf a wave or two. I quickly learned though, that I might be better suited for other, less dangerous endeavors.

However, I did meet a friend, Sammy, who was not only a California native and an avid surfer, but was a trained beach lifeguard. I’ll never forget his account of one unforgettable event. On his day off he had been riding his motorcycle on the sand dunes at the famous Pismo Beach all day long. As the sun was setting, he headed back to camp, ready to hit the hay, but, at the water’s edge, he saw a group of people jumping up and down to get his attention. As he rode up, they frantically pointed out a man struggling in the surf, about 100 yards off shore, barely visible in the approaching dark of the sunset. The man was drowning, as waves with 8 foot (2.5 m) faces pounded him, one after another. Sammy was physically exhausted from his long day, but he knew he had to do something. With the help of those standing by, he ripped off his helmet, pads and boots. He was able to spot a rip current and although this meant danger, he dove in to the darkening surf. After a long struggle, with what little strength he had left, he was able to bring that man back to shore. He saved his life!

But what happened here? Why did he dive in while everyone else just watched? I know if we were there, our hearts would be racing, worried for that man in peril. I believe our strong desire would be to rescue him. The onlookers may have been willing to do so, but only Sammy had been equipped and trained, and, thus, confident enough to know how to navigate the sweeping waves.

This story about the surf that day reminds me about the culture we are trying to reach with the Gospel. We may be daunted by the challenge and even intimidated by it, perceiving the waters to be difficult to navigate. There are hordes of people out there with questions, such as, “Is God real?”, “Does He love me?” and “Is the Bible really true?” But the waves are also like the challenges they face, because they are drowning in a massive sea of secularism, as the mainstream culture promotes evolution, with the resulting idea that there is no ultimate meaning and purpose to our life.

Subscribing to Creation magazine is a wise, and perhaps first step in changing the tide. We get constant reports that when believers are equipped with biblical answers, they are not only more confident, but bold enough to ‘dive in’ and tackle the challenges, demonstrating the reliability of the Bible’s account of history. You see, when you first ‘turn the tide’ by demonstrating that the Bible is true, you can then share the truth of the Bible’s life-changing Gospel.

Whether it’s the education system, television, magazines, radio, movies, even the Saturday morning cartoons, it seems like an endless evolutionary tsunami taking them in the wrong direction. If they are taught that evolution is true, and that ‘science’ has disproved the Bible, then they are being swept out farther and farther into a sea of hopelessness. They may feel overwhelmed, and think there is no point in swimming against the tide. But since the world’s explanations to these tough questions are all that most people ever hear, how will they find answers to show them that the Bible really can be trusted?

“Hardly a day goes by without hearing or reading some evolutionary claim, and this is widely accepted. The theory of evolution obviously contradicts the Bible and it is therefore a very significant hindrance to non-believers who may want to become Christians. … To be certain of the truths of the Bible, but being unable to respond with answers to the bombardment of evolutionary assertions, is to be in a powerless and vulnerable position. … Good science, sound theology! Therefore, it is my pleasure and also my duty to support your ministry.”—Willie N.

1 Peter 3:15 reads “ … always be prepared to give an answer to everyone who asks you to give the reason for the hope that you have …”. So is this a command to every believer? Are we like those that stand by the shore, concerned but intimidated, and not sure how to address the waves of questions pounding down on those looking for answers? Or will we choose to get equipped and be prepared with a defense against the world’s challenges to the Bible?

You see, the tide is changing. Many people have been rescued by the Savior. This is because today we have more information available to answer people’s questions about evolution than at any previous point in the church’s history. All it takes is a few willing people to take the plunge and disseminate it. This is an exciting time to be a Christian. Be a ‘life-saver’.

Scott served in ministry for over 25 years as a youth pastor, teacher, speaker, and key leader in a church plant. In a volunteer capacity, Scott was also CMI’s West Coast speaker and representative. Scott and his wife Lisa have 4 adult children, and in October 2010, they moved to Atlanta so Scott could work full-time with CMI–US. Learn more about him here.

COLUMN: MUST Ministries Steps in when Government Falls Short
FAITH COLUMN: What percentage is acceptable to you?
Posting....