FAITH COLUMN: Is there a future for Christian education?

This week’s Faith Column ponders: A fight for academic and religious freedom 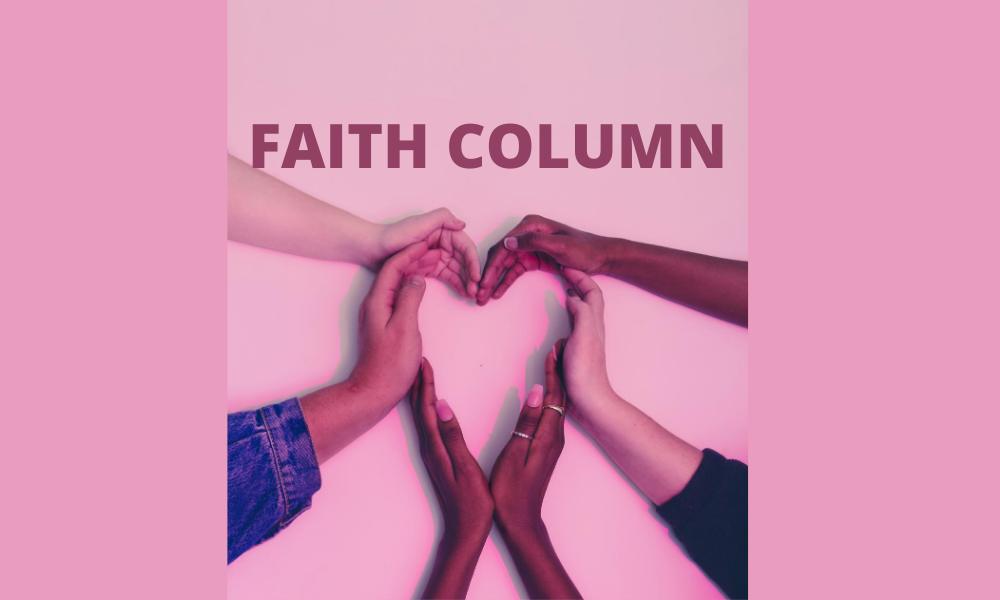 By: Chris Ashcraft – Chris spent ten years as a research technician specializing in plant tissue culture and genetic transformation technology, and is currently a high school science teacher at a Christian school.

It is fitting to reflect and contemplate the future ramifications following events of significance. One such event transpired shortly after this author applied for admission to the Institute for Creation Research Graduate School (ICRGS). The school was established in 1981 with a unique purpose in providing graduate-level education in fields of science that are particularly relevant to the study of biblical apologetics. Its former graduates earned Master of Science degrees in Science Education, Astrophysics/ Geophysics, Biology, Geology, and General Science,1 and many are now teaching or participating in Christian ministries in various communities.2

As a Christian educator, I felt that formal education from one of the world’s leading creation science ministries would serve me well as an important augmentation to the graduate degrees already earned from secular universities. However, only four days after my application was submitted, the board of directors of the Institute for Creation Research (ICR) voted to close the doors of the ICRGS indefinitely, effective 30 June 2010. The board reached this painful decision after a long legal battle with the Texas Higher Education Coordinating Board that ultimately resulted in a ruling against ICR and the end of this important educational institution.

A fight for academic and religious freedom

Since its beginning, anti-creationists have been engaged in an international campaign against the ICR and its graduate school. In fact, before moving to Texas, ICR found itself in a similar court battle in California during which the ICRGS was subjected to documented wrong doings and bigotry on the part of the state Education Department. In particular, the Superintendent of Public Instruction (Bill Honig) manipulated the process to obtain the decision he wanted, including hand-picking ardent anti-creationists to investigate the ICRGS, and pressuring a committee member to change his vote. Ultimately, Honig demanded that the ICRGS remove all creation materials from their curriculum, and when ICR refused to comply, the State of California denied the school approval to operate.3

In response, the ICR filed a lawsuit in Federal Court in May of 1990, claiming that California’s department of education violated the school’s religious freedom, freedom of speech, academic freedom, and civil rights. Suits were also filed that addressed Honig’s violations of State Law and its Education Code. The court ruled in ICR’s favor on every count, setting an important precedent in upholding the “rights of free speech, religious freedom, and academic freedom” of private postsecondary schools and affirmed the ability to “teach any curriculum”, including “the creation model as being correct provided that the institution also teaches evolution”.3

Although the California Federal Court had reinstated the Grad School’s approval, upon moving its headquarters to Texas, ICR was required to once again apply for accreditation to offer graduate degrees. As a normal part of the granting process the Texas Higher Education Coordination Board (THECB) sent an evaluation team to the ICRGS to perform an onsite inspection, which generated a very favorable report. Subsequently, the THECB Certification Advisory Council recommended that Texas issue the authority to offer degrees to the ICRGS emphasizing the strength of the school’s curriculum, the degrees of its faculty being from “well-regarded” universities, and generally characterized the programs as “comparable to an initial master’s degree in science education from one of the smaller, regional universities in the state.”4

However, after receiving outside pressure, Commissioner Raymund Paredes became dissatisfied with the official recommendations, which he described as “flawed”, and convened his own hand-picked panel of advisors. Paredes then held a public meeting on 23 April 2008 wherein anti-creation activists were allowed to offer testimony; afterward he recommended that the THECB deny the ICRGS application, which they did the next day.5 The manner in which Paredes manipulated the approval process eerily parallels the events that transpired in California, but there was no happy ending, no vindication by the court. Following standard protocol, the ICR appealed the board’s decision, claiming unconstitutional exercise of “viewpoint discrimination”6, and when the appeal failed, ICR filed lawsuits in federal and Texas state courts against the THECB, Paredes, and other board members.7 Three separate suits were filed, citing numerous violations of civil and religious liberties, which eventually coalesced into one primary federal suit in Austin, Texas. The end result was a ruling against the ICR on 17 June 2010, eliminating the possibility for the Grad School to legally offer degrees. On 25 June 2010 the ICR board of directors voted to close the Grad School.8

For the ICRGS, the quality of education was never the issue, but rather the creation content within the curriculum. The THECB declared that the ICR Grad School program could not be called “science” because it was based on the creation model rather than evolution.9 To keep creation science and intelligent design out of the classroom, it is often argued that they do not qualify as science. Often the definitions used for such purposes are arbitrarily established to exclude other worldviews and frequently too stringent, also inadvertently ruling current or historic inquiry as unscientific.10,11

In the 1981 case of McLean vs Arkansas, the judgment defined the essential characteristics of science as being guided by natural law; explanatory by natural law; testable; tentative; and falsifiable. Anti-creationists have added additional requirements, such as Michael Ruse and Eugenie Scott who stated that science deals only with what is repeatable and can be subjected to testing. By such definitions archaeology does not qualify as science, since it is instead a search for intelligent agents rather than material causes. In a historical context, the hard sciences like physics or chemistry also cannot be reduced to these definitions. Much of the early developments of science were not guided by or explained by existing laws or known natural processes.12

These exclusionary definitions are especially problematic when we consider the many areas of science that attempt to explain one-time historical events, such as the big bang, the origin of life or biological processes. None of these hypothetical scenarios were observed, nor are they repeatable, allowing testing in any adequate manner.12 All attempts to reproduce the conditions that gave birth to the first cell have failed.13 In reality, such events fall well outside the statistical realm of possibilities and contrary to the known laws of science (2nd law of thermodynamics). Experiments in these areas of historical science are based on philosophically derived faith in unseen and unobservable processes.

What distinguishes ‘creation science’ is simply the religious roots of its starting premise. It presupposes a creation event different from the big bang and relies upon the Bible as a historical record. That the laws of nature exist is not questioned by those practicing science within this domain. Likewise, the theories of these ‘creation scientists’ are testable, tentative, and falsifiable. A look at the work within any discipline will illustrate that the essential characteristics of science are present. Geologists, for example, do not seek supernatural means to explain the events described in the Bible, but natural, physical mechanisms. The theories put forth are published in peer-reviewed journals, viewed as tentative, and when tested and found wanting, modified or replaced. It is not the methodology used, but the religious views that are in question.

The demise of religious freedom?

The recent court ruling (against the ICRGS) that biblically-based science does not qualify to be called “science” is nothing short of religious discrimination. With similar rulings against Christian institutions being seen around the globe, it is clear that we will soon see the end of Christian education if people do not act. In March 2010, the South Australian Non-Government Schools Registration Board ruled effectively to ban the teaching of creation-based science in Christian schools. The board stated it “does not accept as satisfactory a science curriculum in a non-government school which is based on, espouses or reflects the literal interpretation of a religious text in its treatment of either creationism or intelligent design.”14 Similar rulings are sure to happen in the U.S. and elsewhere in the near future.

The following sentiment by John Morris (President of ICR) is appropriate here. “But, we are a private Christian school which had never taken one dime of public money. How could they do this?”3 Indeed John; how could they—in a country like the U.S. with a rich Christian heritage and governing forefathers who were deeply concerned about religious freedom? People like James Madison who proposed the first amendment to the U.S. Constitution so that “the civil rights of none shall be abridged on account of religious belief or worship”.15 A reflection on the history of Christianity in the US and implications of this terrible loss of religious liberty should inspire every believer to rally. Indeed, the demise of Christian education and ultimately religious freedom will soon be at hand unless the Church reawakens and retakes its place in politics.