OPINION: Gary Bates on why a loving God would create a world of suffering 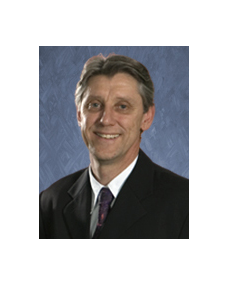 The creation of life on earth might have begun when inorganics melded to form organics, and a creator was not involved.

The origin of life might be another source, such as a creator. The nature of animals on earth is, for the most part, carnivorous. The most common principle among animals in water and on land is they eat other animals. Humankind is the biggest offender. Some wild animals go days and weeks without food. We humans normally eat three times a day. The thought of a loving god, with kindness and mercy forethoughts, would create living systems which kill and eat each other, is disturbing. Nature films and videos often show us birds, reptiles, mammals, fish, etc. hunting, killing, and sometimes, eating their prey. The commentators impart a light, sporting, spirit, to the death. The event was pleasant for the diner, but the dinner didn’t enjoy the meal. Some predators kill their prey before eating it. Some, like the hyena, eat their prey while it is still alive, screaming in pain. Some animals can kill and eat their prey without the prey’s knowledge. God’s kindness and mercy are not reflected in this creation. If there is an infinite number of inhabitable planets in the universe, are their life systems like ours, where animals live by eating other animals? Considering a universe occupied by animals whose religion is kill and eat, or be killed and be eaten, it makes me wonder about the character and merit of the whole system. Considering earth’s kill-eat-live nature it makes me wonder about the character and merit of a creator who developed such a bestial system. How often has god seen hyenas eat living animals? The major mystery is how humans developed senses like talking, writing, and reasoning, which empowered them to rule the earth.

I can understand where you are coming from. For many years, as a young man, the world being full of death and cruelty kept me from believing in God, because why would a loving God create a world of suffering? But this view was based upon ignorance about who God is and the true history of the world. This is information that is readily available from the Bible. And also, creation.com has a plethora of articles to answer some of your ideas. I will link you to some of them as we go along and encourage you to take the time to read them. (BTW before submitting a question to our site there is a check box that says you searched it before commenting.)

You are referring to a process of chemical evolution or completely unguided naturalism. If you think that inorganic chemicals can somehow spontaneously meld to form complex organic life, then a little research will reveal that it flies in the face of everything we actually do know about the very processes of science you appeal to. See this comprehensive explanation of what is needed for abiogenesis (or biopoiesis).

Our whole ministry ultimately deals with peoples’ different views of history. You are assuming that God created a world like the one we live in today. But the world we live in today is radically changed from how God created it. All too often people are quick to judge God for all the wrongs that we see in the world! In short, let’s blame Him for it all, while ignoring the fact that He has already provided information that explains why these things exist. We get this information from the Bible, which we also call God’s Word for very good reasons. See How did we get our Bible? But if one is even unwilling to consider this as a possible valid source of information from a supernatural creator, then it reflects a one-sided summary judgment of the facts. It’s a good job our legal system doesn’t work that way, because it actually works and is based upon biblical principles such as seen in Proverbs 18:17 which says, “The one who states his case first seems right, until the other comes and examines him.” One should at least consider a reasonable ‘other’ explanation for understanding why the world is the way it is.

For example, if you accept evolution and assume that is the method that God created, then I would have to agree with you that He is a cruel creator—one that has no problem with culling out the weak in some sort of cosmic lottery where only the strongest survive. See (10 dangers of theistic evolution). But this process is completely incompatible with the nature of God and what He said He did in history. We find this history confirmed by science. For instance, you are wrong when you state that most animals are carnivorous. In fact, God created all animals to be vegetarian; most animals are still vegetarian; and even among creatures assumed to be ultra-carnivorous like theropod dinosaurs, sharks, and lions, there are animals that actually ate or eat plant diets.

Moreover, without a Creator to guide us, and if unguided naturalistic processes brought us to this point in history, on what basis do you define wrong or right? I believe our whole concept of morality (e.g. Love your neighbor as yourself) actually comes from the teachings of the Bible. It really has no place under an evolutionary scenario which is all about reproduction to outdo the competition. In a sense, you are using the principles of Christian morality to judge God.

Something is wrong with this world

The very fact that you care and can understand about the suffering of animals is a tacit recognition that something is wrong. This is one example where such a process of evolution, which requires lots of death to ‘create’, is in contrast with what God has revealed to us in His Word when He ultimately proclaimed it all “Very Good.” Bad things in the world and the recognition that ultimately we will all die someday, whether suddenly as a result of an accident or the actions of other people, or whether through illness or aging, should cause one to question our mortality and ask “What happens at the end of it all? Is there life after death?”. If evolution is true, then somehow you were lucky enough to be born, live a few years and then die, with nothing at the end of it all, and there’s not much hope in that. But understanding history from a biblical perspective does supply us with hope.

The Bible’s history reveals God created the world ‘very good’ with no death, suffering, or sin. Creation fell when Adam, thinking he knew better than His Creator, rebelled against Him (sound familiar?), as noted in this article, The Fall was a cosmic catastrophe. As a result, God brought upon a curse of death to all creation (Genesis 3). Now again it would be all too easy to make a summary judgment and blame God for the introduction of death. But again, one needs to understand the big picture at work to understand why. The moment that mankind sinned, he separated himself not only relationally but spiritually from God for all eternity. I.e. because mankind and the original creation was destined to be eternal, we (that’s both you and I) would have been eternally separated from God, and there was nothing we could do of ourselves to be reconciled back to Him. As such, we/you “… were dead in the trespasses and sins in which you once walked, following the course of this world” (Ephesians 1:1–2). So, I believe that death and bad things are allowed to continue to help us recognize something is wrong—just as you have done, and it should cause us to look to our Creator for answers. And the good news is the God did do something about it. The solution is Jesus. God in the flesh (Hebrews 1:3) came to this earth and paid the penalty that was ultimately due for our rebellion against God (that’s what sin is). Think of it like a rescue mission from the bondage of an eternal death. A wonderful passage in Ephesians 2:8–9 explains the free gift of salvation that is offered by God:

For by grace you have been saved through faith. And this is not your own doing; it is the gift of God, not a result of works, so that no one may boast.

This passage reveals that even though we messed up God’s creation (let’s not forget that it ultimately belongs to Him), He loves us so much that He made a way for us to be reconciled back to Him and to be forgiven all of our sins.

Moreover, if God is the Creator described in Genesis then He is more than capable of fulfilling his promise of eternal life in a restored/new Heavens and Earth. This is not going to be some sort of ethereal otherworld without a tangible ‘real’ existence, but a fully restored physical creation where there will be no more death and suffering, including for the new animals that God will create also. See The New Earth.

There are two contrasting histories of death of how death came into this world. One view provides no hope now or in the future. The other provides a correct understanding how death actually came into this world, and it also provides a future hope. I hope you take the time to read some of the links provided and listen to what God’s Word has to say about these issues.