COLUMN: A Desperate Plea for Marijuana 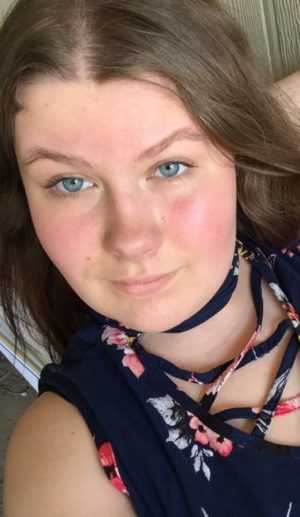 The following article is an opinion piece that reflects the views of only the author and not those of AllOnGeorgia.

By: Katie Wiggins – 17 year old resident of Chickamauga, Georgia. Wiggins is homeschooled and a member of the National Honors Society. In her free time, she loves to write, volunteer, and paint. She will be studying business and English in college – and hopes to attend Tennessee Tech. She is currently writing a fantasy series that she hopes to have published one day.

Marijuana, also known as cannabis, has been used across the world for over 2,000 years. Enjoyed by Chinese Emperor Shen Nung in 2727 B.C. and presidents like George W bush, Barrack Obama, and Bill Clinton alike, the cannabis plant has been used for medicinal purposes and rituals. Cannabis was introduced to America sometime in the 1500’s, with evidence of hemp farms in Virginia, Massachusetts and Connecticut. Allegedly, Thomas Jefferson and George Washington had their slaves grow hemp on their plantations.

If the first united states president enjoyed the non-psychoactive part of marijuana, why was it made illegal? In the late 19th century, marijuana was commonly associated with Hispanics, as the Spanish brought the plant to America. As racial tensions heightened, non-Hispanics dubbed cannabis – now commonly referred to as ‘marijuana’ due to the association of Hispanics and cannabis – as a violent drug that turned its users into violent murderers and scum of the earth. Non-Hispanics also claimed that Hispanics were giving marijuana to schoolchildren to insight riots and bloodlust. Harry Anslinger, who helped make it illegal and served on the board of narcotics for Pennsylvania, stated that “There are 100,000 total marijuana smokers in the U.S., and most are Negroes, Hispanics, Filipinos and entertainers. Their Satanic music, jazz and swing result from marijuana use. This marijuana causes white women to seek sexual relations with Negroes, entertainers and any others”. In 1937, Anslinger got his way; marijuana was made illegal. The first arrest was October of 1937 of 58-year-old Samuel Caldwell — a farmer caught smoking cannabis – on the very same day marijuana was made illegal. It would not be the last.

As of 2019, this racial stigma is still glued to marijuana use. In 2016 alone there were over 600,000 marijuana related arrests in America – half of them being people of color. There has been no proof that marijuana will turn a person violent like alcohol, cocaine, or LSD may. And yet, we still consider marijuana to be a schedule 1 drug, which was enforced by Nixon. There is over 200,000 strains of marijuana, and none have been proven to induce violence or severe health effects. According to The Guardian, a study has reported that people who take marijuana medically are actually inclined to less violence to themselves and other.

According to Investopedia, marijuana legalization brings in a giant boost to the economies in legalized states. In 2015, Colorado collected more than $135 million in taxes and fees on medical and recreational marijuana. Sales in the state totaled over $996 million. Investopedia also states that $58 million is added to the local economy, meaning we can use this money to improve on our communities at home, let alone the rest of the country. It is estimated that the economy will grow $20 billion in marijuana sales alone. Cannabis analytics company New Frontier suggests that federally legal pot could generate an additional $131.8 billion by 2025 if marijuana is legalized federally. It is also suggested Nevada will grow 41,000 jobs by 2024, generating $3.5 billion more in income.

While 65% of Americans want weed legalized, our concerns are still about the children smoking. You must be 21 to buy recreational pot, and 18 to apply for a medical marijuana card. Each person who buys must have their identification check – mirroring how to buy beer (minus the medical card). In states that legalized recreational pot, teen marijuana use dropped 8% according to JAMA pediatrics. In states with medical marijuana laws in place, teen marijuana use declined by 1.1% . Having dispensaries that require checking identification makes it much harder for teens to obtain marijuana. “…it is more difficult for teenagers to obtain marijuana as drug dealers are replaced by licensed dispensaries that require proof of age.”, Us News reports about the findings of JAMA.

Legalizing marijuana also reduces drug trafficking. ”… the rate of seizures by Border Patrol declined 78 percent, from 114 pounds per agent in FY 2013 to 25 pounds per agent in FY 2018.” Cato Institute reported, following six states legalizing marijuana. Cato states “…legal marijuana is also more uniform and of much higher quality than the illegal Mexican product.” As of 2010, Mexican marijuana accounted for 2/3rds of marijuana in the united states. Illegal marijuana from the black market “has been fully absorbed into the regulated market”, meaning the black market cannot thrive against dispensaries in legalized states.

We know the health benefits, the benefits to our economy, and the demand is the highest it’s been in American history.