Sea turtle nesting season on St. Catherine’s Island is anything but slow this summer. 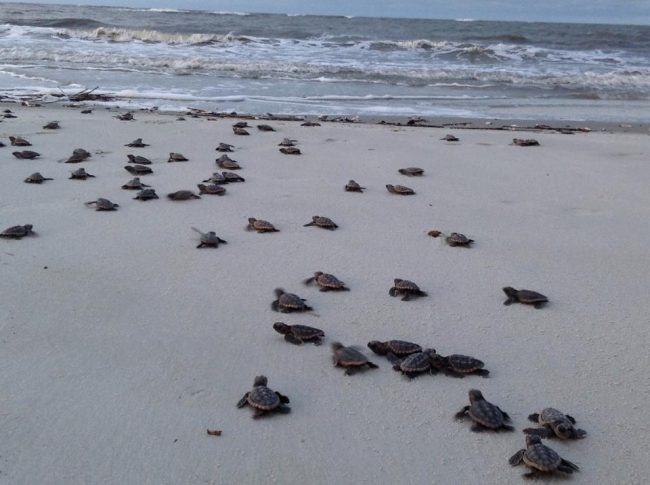 Sea turtle nesting season on St. Catherine’s Island is anything but slow this summer according to researchers at Georgia Southern University.

Jaynie Gaskin, MPH, executive director of the Georgia Southern University Sea Turtle Program at St. Catherine’s Island (STP@SCI), said the team on the island predicted a record-breaking season this year, and that prediction is right on track.

Researchers counted more than 100 nests after just one month into the nesting season, which runs from May to October. Gaskin said nests on St. Catherine’s Island were some of the first in the state to produce hatchlings.

She attributes the increase in nests on St. Catherine’s specifically to conservation efforts in the late 1980s.

“These ‘new’ turtles are probably hatchings from the early years of the program that have just now reached nesting age,” she said. “Both the 2017 and 2018 sea turtle nesting seasons saw more than 80 individual sea turtles and all together they laid a total of over 200 nests. Since the turtles nest in cycles every two to three years, we are expecting that 2019 will see the return of the massive group of over 160 female turtles who laid 322 nests on SCI in 2016, plus new turtles who might have just reached nesting age.”