Georgia ranks the No. 9 state for inadequate sleep

When it comes to getting enough sleep at night, Georgians aren’t faring too well. 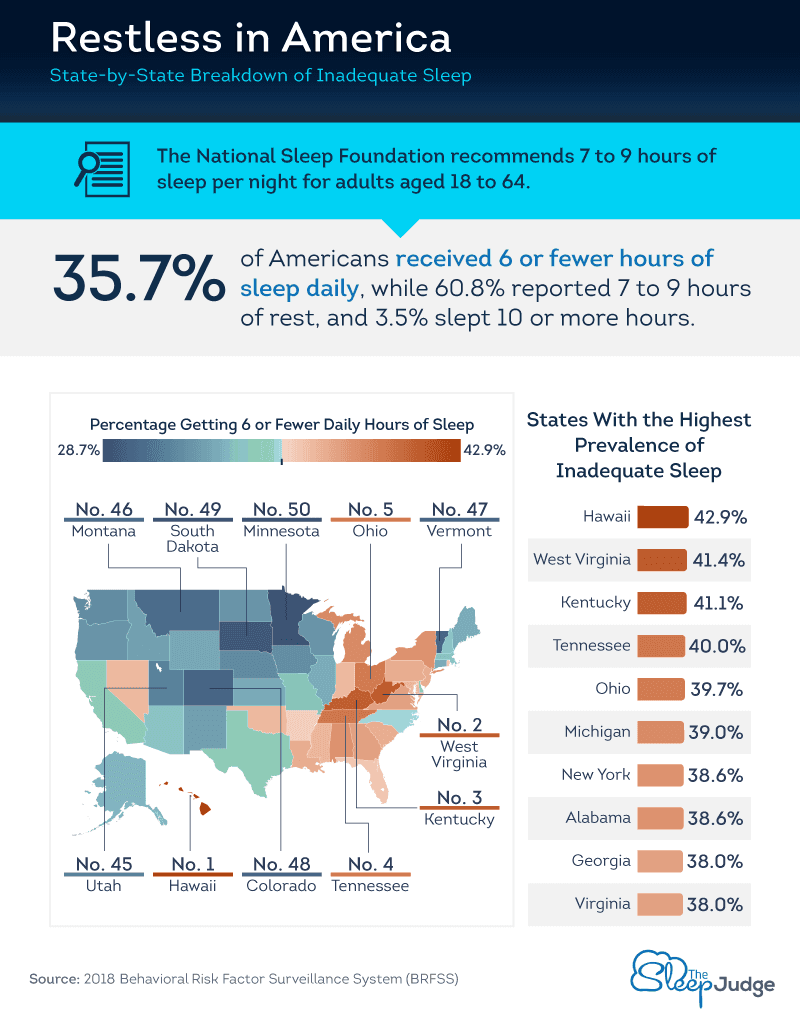 When it comes to getting enough sleep at night, Georgians aren’t faring too well.

That’s according to a study recently published by The Sleep Judge, which analyzed the CDC’s Behavioral Risk Factor Surveillance System to take a look at which states suffer the most from poor sleep and -more importantly- why.

There are a number of reasons across demographics that also shift over the course of a lifetime. Take a look at this graphic: Here are some of the key points according to the study, which you can see in its entirety here.

The average adult is recommended 7-9 hours of sleep a night but 35.7% of Americans still get six or fewer hours of rest on a nightly basis with each state seeing its own unique sleep patterns. The Sleep Judge also reported that studies show that locations with higher humidity (like Hawaii) may make your nights a little more restless. It would also contribute to the lack of sleep for Georgians.