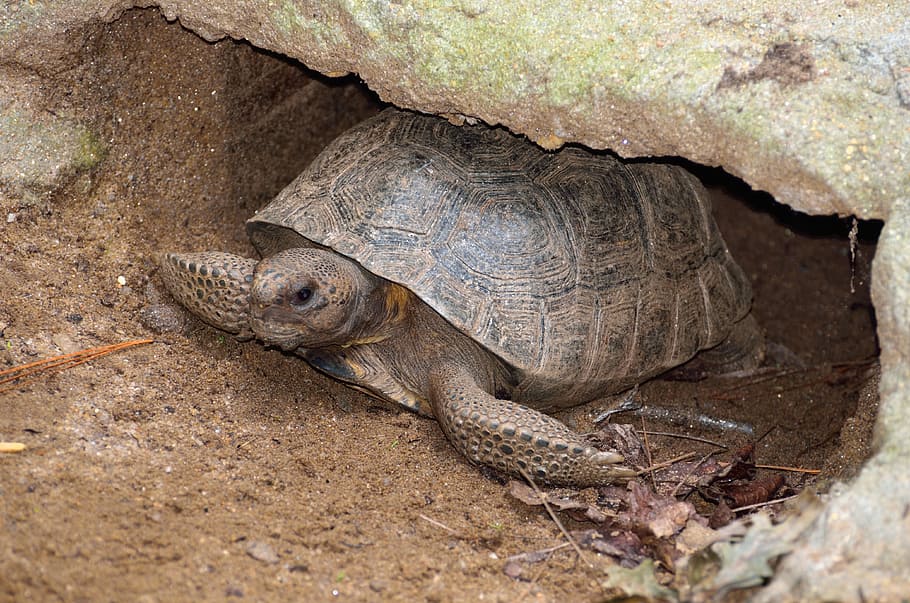 In honor of the second week of Environmental Awareness Month this September, Georgia Power is highlighting its efforts around protecting sensitive species such as the gopher tortoise, which is Georgia’s state reptile and considered a keystone species.

At Georgia Power our projects work towards conservation, restoration and awareness, so that future generations will have a prosperous, healthy and beautiful place to call home.

There are four major conservation areas the company is highlighting as a part of Environmental Awareness Month. Last week, the company featured its land management practices, including maintaining and operating over 100,000 acres of land, 60,000 acres of water and more than 15 lake properties. The remaining focus areas are: Sensitive Species, Waterways and Habitats.

Gopher Tortoise: The gopher tortoise is a burrowing land turtle that occurs over much of Georgia’s coastal plain but is a candidate for federal listing because of serious declines and continuing significant threats. Designated Georgia’s state reptile in 1989, the gopher tortoise is one of the oldest living species native to Georgia. The gopher tortoise belongs to a group of land tortoises that originated in North America 60 million years ago and is considered a keystone species of longleaf pine forests. Its burrows and presence support hundreds of species.