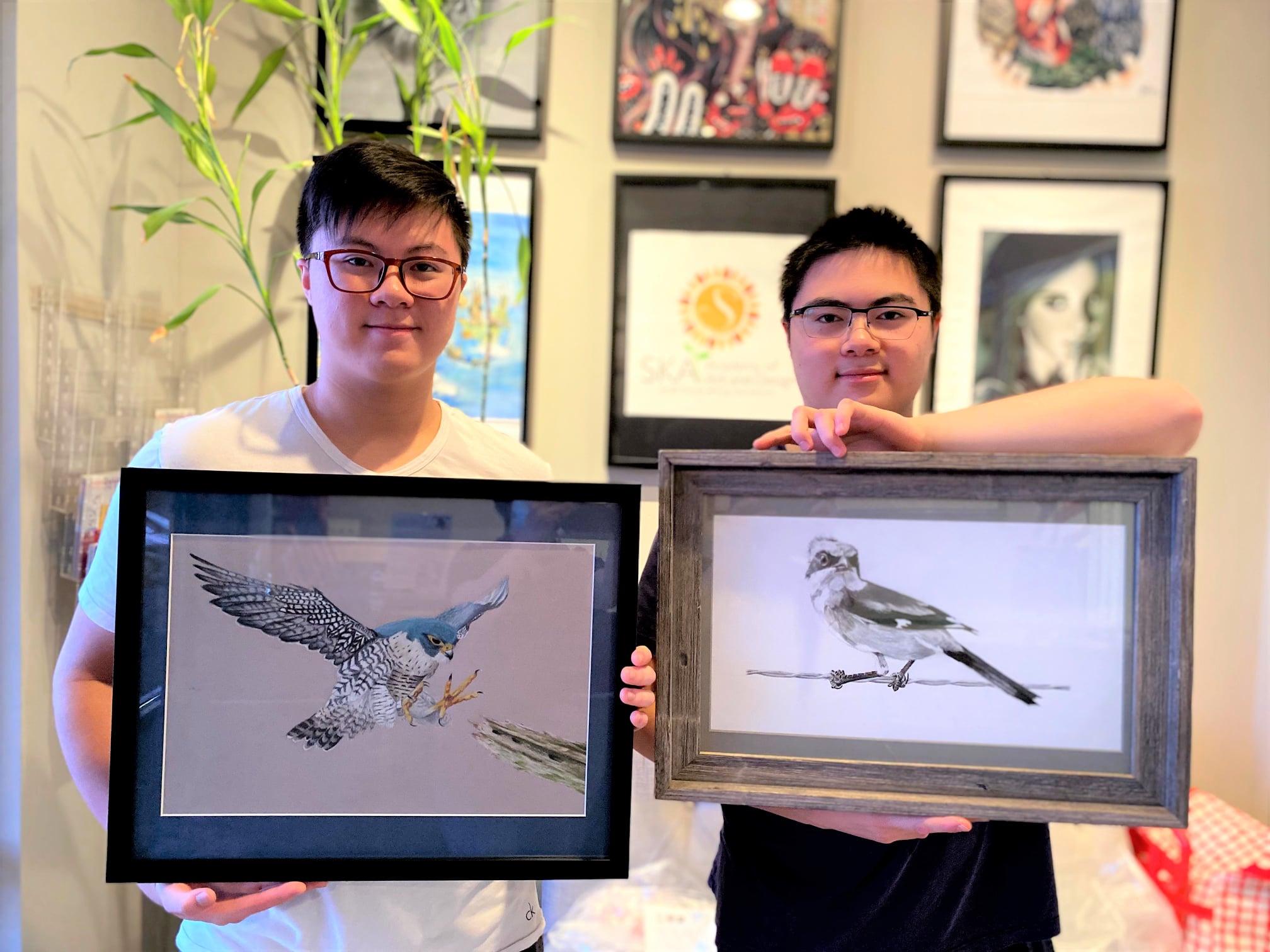 Seventy youth, from kindergarteners to high school seniors, took part in the 15th annual Department of Natural Resources birdathon. From Sept. 24-Oct. 3, teams used as much of any 24-hour period as members wanted to for counting and reporting native bird species statewide.

The popular competition, usually held in spring, had been canceled by the pandemic in 2020 and switched this year to a virtual format and an early fall timeframe because of COVID-19 concerns.

Coordinator Tim Keyes said that going virtual, expanding the competition from a set 24-hour period and not having birders travel to a central site to submit bird checklists opened the door to some teams. More than half of the 21 teams had not participated before.

“The format gave teams much more flexibility in the timing and the route they chose to travel, as there was no fixed date or meeting place,” said Keyes, a wildlife biologist with DNR’s Wildlife Conservation Section. “The downside was that we missed seeing, feeding and physically handing awards out to the crowd of hungry and tired but enthusiastic birders. We certainly hope this will be the last time we have a virtual awards ceremony, but we also hope to learn from changes this year to improve the event.”

Moving the competition to fall added challenges. Unlike in spring, many birds were not singing and their plumage is distinct. But, Keyes said, “We anticipated teams rising to the challenge.”

They did. Awesome Osprey!, a team of middle-schoolers, finished as the overall winner. The three siblings from Cornelia totaled 148 species, shy of the 171-species event record set in spring 2019 but a strong count for fall.

Keyes noted, too, that Birding with Baby Yoda in the Elementary School Division raised $1,209 to help DNR’s Wildlife Conservation Section restore and conserve songbirds and other native Georgia wildlife, rare plants and natural habitats. All told, teams raised almost $1,460 this year. Fundraising for conservation is a voluntary part of the event.

The event also featured a T-shirt art contest that drew 155 entries. Birding participants will be mailed T-shirts featuring a loggerhead shrike drawn by Owen Li, an 11th-grader at SKA Academy of Art and Design in Duluth. As the art contest grand-prize winner, Li received a $100 Michaels gift card.

Team members will also receive caps featuring 2020’s top art entry: a peregrine falcon painted by Alston Li, Owen’s brother. Although last year’s art winners were announced, T-shirts were not printed because the birding competition was canceled. That led to DNR’s decision to feature Owen’s peregrine on a cap.

During Tuesday night’s online ceremony, organizers also announced the top art entry from a youth who also participated in the birding competition. Abigail Moeller, a homeschooled ninth-grader from Adairsville and member of the Moeller Myrtle Warblers team, received that honor for her artwork featuring a red-tailed hawk.

Winning entries from this year and 2020 are posted at https://bit.ly/3D0J9ns.

The Wildlife Conservation Section conserves Georgia wildlife not legally fished for or hunted, as well as rare plants and natural habitats. The agency depends primarily on fundraisers, grants and contributions. Learn more at georgiawildlife.com/licenseplates and georgiawildlife.com/donations. 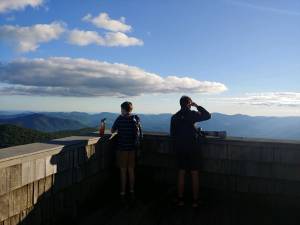 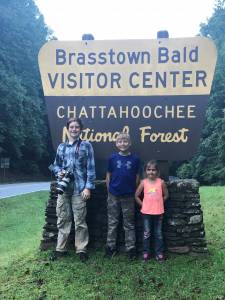 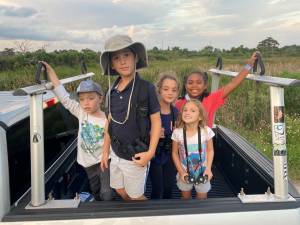 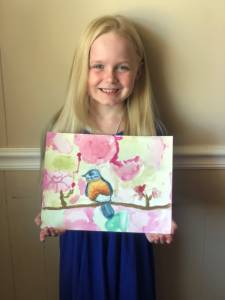 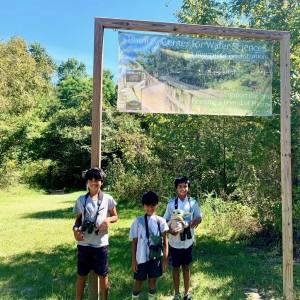 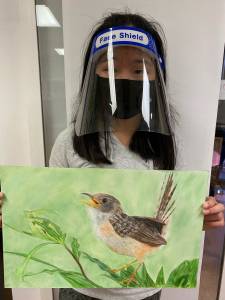 Fifth-grader Aleena Huang with her Sedge Wren drawing. She won the Elementary Division of the t-shirt art contest / GA DNR 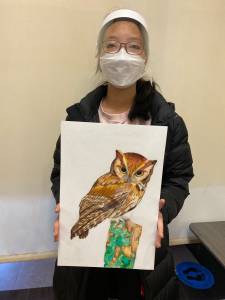 Fundraising for conservation is voluntary. 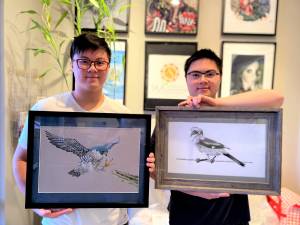 Alston & Owen Li holding their framed artwork. Owen won the T-Shirt contest this year with his drawing of a Loggerhead Shrike, and his design will be featured on the YBC shirts distributed to participants.
Alston took home the win in 2020, but was unable to see his design on a t-shirt due to the pandemic and cancelling of the event.
In celebration of his design, Alston’s drawing was featured on the first ever YBC hat that will be distributed to participants this year in addition to the new t-shirt.