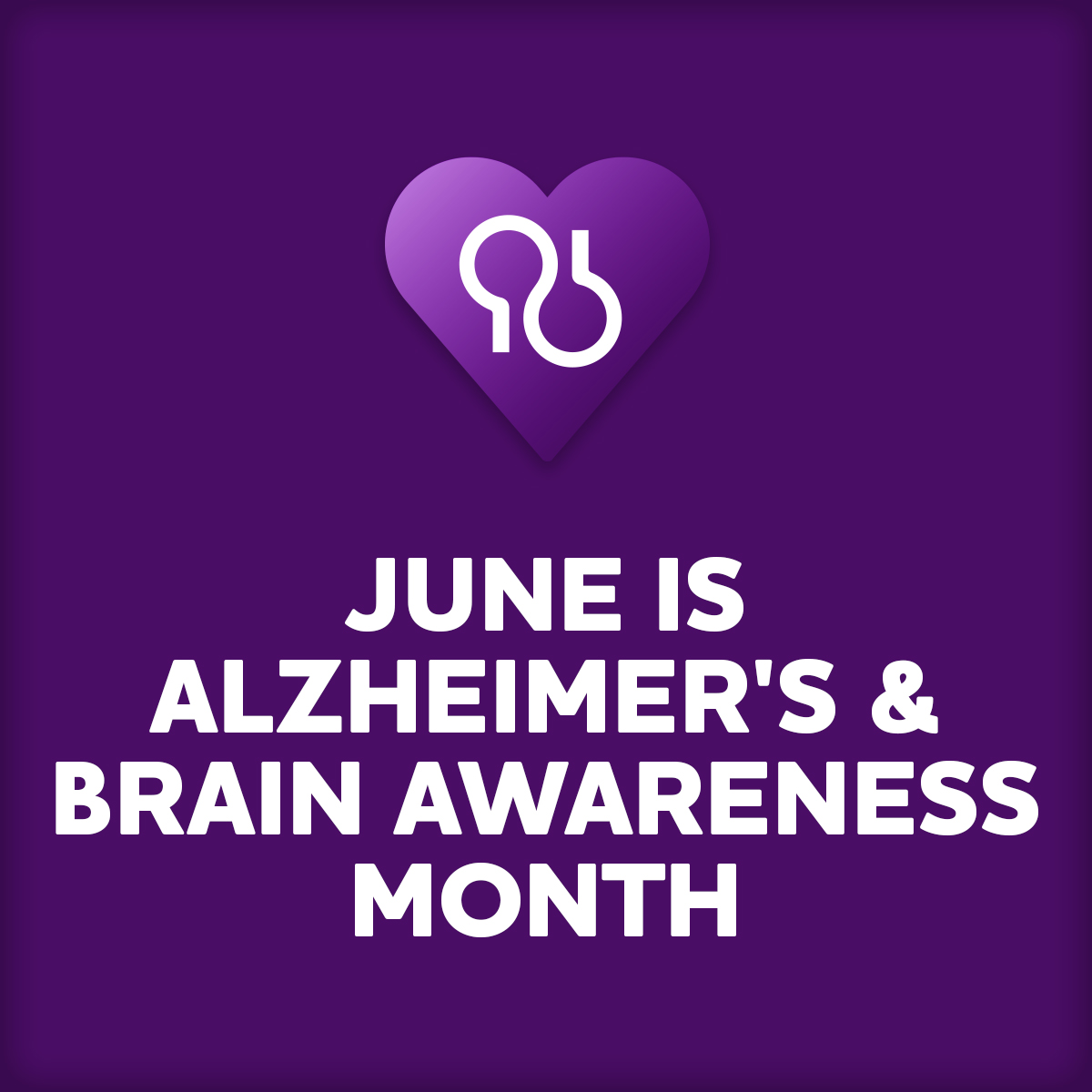 The Georgia Department of Human Services (DHS) Division of Aging Services and the Georgia Chapter of the Alzheimer’s Association are calling on all Georgians to show support for their fellow Georgians living with Alzheimer’s disease and other dementias as the state observes Alzheimer’s and Brain Awareness Month.

Gov. Brian P. Kemp has proclaimed June as Alzheimer’s and Brain Awareness Month in Georgia, joining a nationwide celebration of support for people living with Alzheimer’s and other forms of dementia.

“This is an issue that ultimately touches the lives of all Georgians,” DHS Commissioner Robyn A. Crittenden said. “It is essential for us to come together as a state to support the needs of this growing population and, one day, hopefully bring an end to Alzheimer’s. Join us as we go purple in June in honor of those living with this terrible disease.”

The Alzheimer’s Association reported that there are currently more than 150,000 Georgians living with Alzheimer’s or another form of dementia. By 2025, that number is expected to increase by 26.7% to 190,000 Georgians.

“The number of people being diagnosed in Georgia is staggering,” said Linda Davidson, executive director of the Georgia Chapter of the Alzheimer’s Association. “Our goal for Alzheimer’s and Brain Awareness Month is to bring awareness of the disease to allow all people to have a better understanding of what it is as well as find the local resources to help them through their journey.”

Throughout the month of June, the Department is collecting and sharing stories of loved ones living with Alzheimer’s or a related dementia. Georgians are encouraged to go purple by wearing their favorite purple outfit and sharing their stories on Facebook or Twitter using the hashtag #ENDALZ or #MyAlzStory.

The goal of the social media storytelling campaign is to stress the importance of early diagnosis and providing resources to families and caregivers.

Throughout the month, DHS will be promoting the pioneering work Georgia is doing through the Georgia Alzheimer’s & Related Dementias (GARD) State Plan, sharing resources for families and caregivers available through Georgia’s Aging and Disability Resource Connection and the Alzheimer’s Association and highlighting Georgia Memory Net, developed in partnership with Emory University, which works to expand access to early and accurate diagnosis of Alzheimer’s disease and other dementias through five Memory Assessment Clinics in operation across the state.

“Educating caregivers and older Georgians about the resources and programs available to them is critical,” DHS Assistant Deputy Commissioner of Aging Services Abby Cox said. “At the Department of Human Services, we are so grateful for the tireless work of friends, family, community members and caregivers who help support individuals living with dementia.”