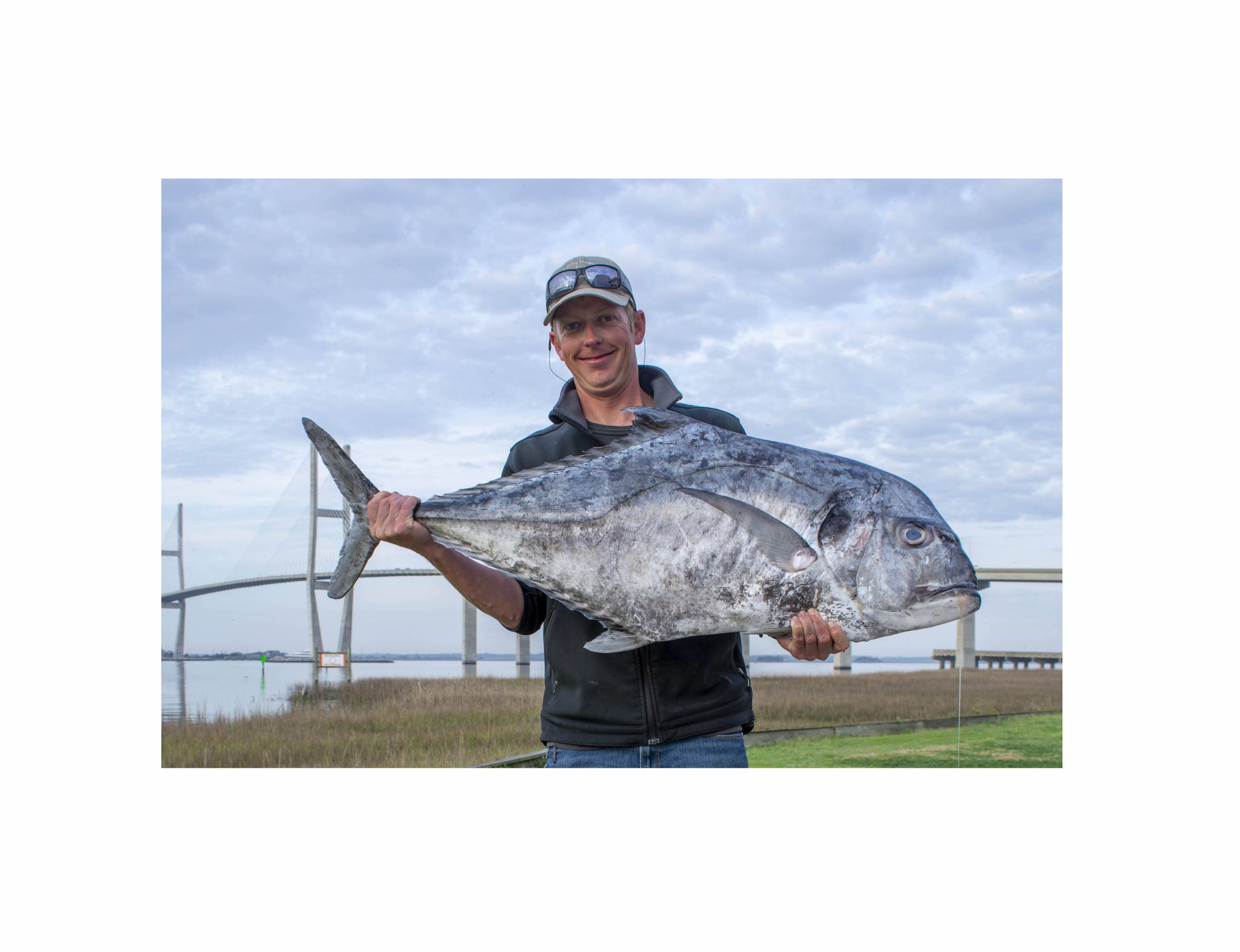 A 26-year-old Darien man landed a record-breaking African pompano (Alectis ciliaris) off the Georgia coast Saturday, March 13, 2021, and has been certified as the new state record holder for that species.

Richard Bjorneby of Killdeer Road caught the 47.8-inch (total length), 40-pound, 0.48-ounce fish near Navy Tower R4 aboard the vessel Anchored Up, captained by Johnny Wildes. The fish breaks the previous record of 37-pounds, 1.28-ounces held since August 2019 by Alvin Dezern of Brunswick.

“It feels strange. I never expected to hold a state record,” Bjorneby told the Georgia Department of Natural Resources (DNR) after he was notified of his catch’s record certification. “I’ve been fishing as long as I can remember, but I never thought I’d hold a record.”

Doug Haymans, director of DNR’s Coastal Resources Division, which oversees the state’s Saltwater Gamefish Record Program, said Bjorneby’s catch is a credit to the years of experience he has as an angler.

“This achievement recognizes not only the size of the catch, but Mr. Bjorneby’s skill as an angler and the sportsmanship displayed in landing a record-setting gamefish,” Haymans said.

Bjorneby landed the African pompano using a 6-foot, 6-inch Shimano Talavera rod with Penn Slammer 7500 reel with 85-pound braided Spiderwire line and a diamond jig as bait at the end of a 3-foot, 60-pound monofilament leader on a swivel.

The catch was weighed at the Georgia DNR regional headquarters in Brunswick on Monday, March 15, 2021, on scales certified by the Georgia Department of Agriculture. The Saltwater Gamefish Records Committee, comprised of DNR marine biologists and staffers, approved the new record Wednesday, March 17, 2021.

Bjorneby will receive a certificate signed by Gov. Brian Kemp acknowledging his record catch, and the record will be added to the list published at CoastalGaDNR.org/RecreationalFishing. It will also be included in the 2022 Georgia Sport Fishing Regulations guidebook. 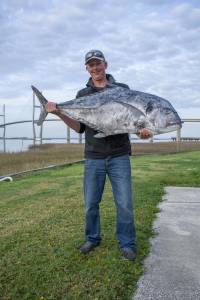 For the current list of men’s and women’s saltwater fishing records, as well as information on how to submit a catch to the Georgia Saltwater Gamefish Record, please visit CoastalGaDNR.org/RecreationalFishing.