The organization was founded by Kaepernick, who played for the San Francisco 49ers and gained worldwide attention by kneeling during the national anthem to protest social inequality and police brutality 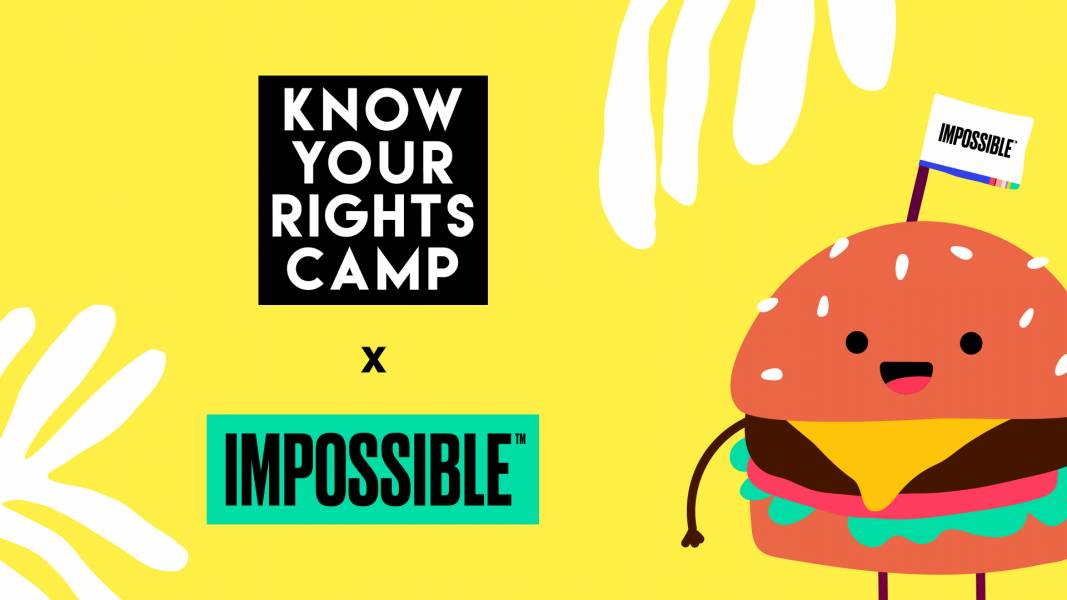 Impossible Foods announced last week it is collaborating with Colin Kaepernick and Know Your Rights Camp to support food security and social justice throughout 2020.

Since the start of the pandemic, Impossible Foods has provided relief to over 750,000 people experiencing food insecurity. The startup is on track to donate plant-based meat to feed at least 1 million people this year.

Impossible Foods will donate to subsequent Know Your Rights Camp engagements in Los Angeles, and New York, with additional cities to be announced.

Know Your Rights Camp is a multi-city program to advance civil rights through education, self-empowerment, mass-mobilization and leadership. The nonprofit operates camps for children of color throughout the United States. The organization was founded by Kaepernick, who played for the San Francisco 49ers and gained worldwide attention by kneeling during the national anthem to protest social inequality and police brutality

“Gaining access to healthy and affordable food should not be a challenge for residents of any community,” said Patricia Robinson, Director of Community Outreach, Know Your Rights Camp. “Know Your Rights Camp is committed to participating in changing the outcomes and disparities that currently exist for families, while we further grow awareness and acknowledge that maintaining good health and nutrition should not be selective for some, but should be experienced by all.”

Sustainable and equitable for all

Impossible Foods began donating plant-based meat to food banks in 2018. When the COVID-19 pandemic hit in March, the company began donating on average 10,000 pounds of plant-based Impossible Burger per week during the spring and early summer to nourish communities most affected by the pandemic, including people suffering from hunger and front-line medical workers and first responders.

Since the start of the pandemic in America, Impossible Foods has donated food and raised charitable funds to feed about 750,000 people. The company has already donated nearly 100,000 pounds of Impossible Burger (the equivalent of almost 400,000 quarter-pound patties) and raised more than $35,000 in donations (the equivalent of up to 350,000 meals) to at-risk communities.

The food tech startup has donated the majority of its product to large food banks. Impossible Foods also hosted a charity drive to raise money for No Kid Hungry, a campaign working to ensure that children nationwide get the food they need during school closures and all year long. Impossible Foods has also donated product to organizations feeding the front-line medical responders, emergency workers and others.

In good times, one in seven US kids suffers from food insecurity. The COVID-19 pandemic has turned the longstanding problem of hunger into an acute crisis, with unemployment at levels not seen since the Great Depression.

In addition, widespread school closures have eliminated a once-reliable source of free or subsidized breakfasts and lunches. Since April, more than one in five households in the United States, and two in five households with mothers with children 12 and under, are food insecure.

“Impossible Foods’ mission is to reverse the clock on climate change, restore biodiversity and expand natural ecosystems — results that will literally transform the way earth looks from space,” said Impossible Foods’ CEO and Founder Dr. Patrick O. Brown. “At the same time, as an essential business in an unprecedented challenging time, we also exist to serve the most basic and immediate needs of our community — including the food insecurity crisis and social justice struggles in our hometown region of the San Francisco Bay Area and communities throughout America.”