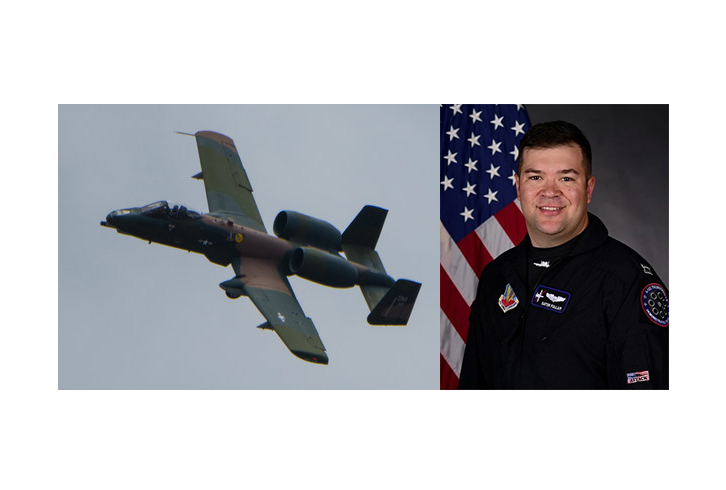 Several members of the U.S. Air Force ACC A-10 Thunderbolt II Demonstration Team will return to familiar surroundings when they perform at the 2021 Wings Over North Georgia Drive-In Hybrid Air Show. Four of the 10-member team hail from towns less than a two-hour drive from the air show site in Rome, GA. The two-day event will take place Oct. 30-31 at the Russell Regional Airport.

The team commander is Capt. Haden “Gator” Fullam from Rising Fawn, GA. As the pilot of the A-10 Thunderbolt, Capt. Fullam also is responsible for operational oversight and leadership, including maintenance and public relations. Fullam joined the U.S. Air Force to pay tribute to his grandfathers. Both served as fighter pilots during the Vietnam Conflict. Fullam’s brother, Jay, and sister-in-law, Erin, also serve as A-10 pilots in the Air Force. 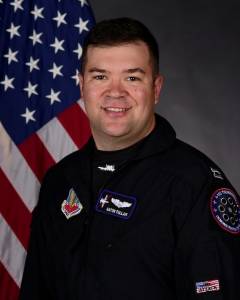 Capt. Haden “Gator” Fullam is the team commander and pilot for the A-10 Demonstration Team. Capt. Fullam is from Rising Fawn, GA and looks forward to performing near his hometown during the 2021 Wings Over North Georgia Air Show.

Additional team members from nearby communities include Staff Sgt. Hunter Nance from Gadsden, AL. Nance is an avionics technician and dedicated crew chief. Staff Sgt. Robert Benson is from Lawrenceville, GA and serves as an EnE Technician. Rounding out the foursome is Senior Airman Jacob Stephens from Buford, GA. Stephens handles public affairs matters on behalf of the organization.

The A-10 Demo Team is part of the 355th Wing based at Davis-Monthan Air Force Base near Tucson, AZ. For the 2021 season, the twin-engine jet aircraft will feature a Vietnam War-era paint scheme, adding special meaning to the A-10 pilot given his grandfather’s military service. The special-edition paint will also include the names of 97 members of the 355th Tactical Fighter Wing who made the ultimate sacrifice or became a prisoner of war during military service.

“It is a great opportunity for me and the other team members to be able to return to the area where we all grew up. We look forward to showcasing what we do as we travel to air shows across the country,” said Senior Airman Stephens. “We’re super excited to be able to share the A-10 with the northwest Georgia community and demonstrate its combat capabilities in an area that we all know and love.” 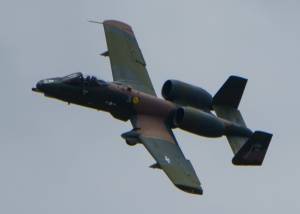 For the 2021 season, the twin-engine A-10 jet aircraft will feature a Vietnam War-era paint scheme. The special-edition paint will also include the names of 97 members of the 355th Tactical Fighter Wing who made the ultimate sacrifice or became a prisoner of war during military service.

The 2021 Wings Over North Georgia Air Show will utilize a hybrid format offering drive-in with tailgate style viewing in addition to hill-top patio club seating. Those purchasing a general airfield parking ticket will receive a 10-by-20-foot spot for a vehicle with an adjacent 10-by-20-foot space for enjoying the air show in a tail-gate fashion with friends and family. The premium ticket covers the cost of admission for the carload. The maximum number of people per carload is based on the number of manufacturer-installed seatbelts available. The hill-top patio ticket option includes a table, chairs, and umbrella for parties of six.

Additional acts rounding out the lineup of military performers include the U.S. Navy Blue Angels in celebration of their 75th Anniversary as the headlining act, U.S. Army SOCOM Black Daggers, and U.S. Air Force C-17 Globemaster II, Preshow demonstrations will begin at 10 a.m. each day with the performances for the main show beginning at noon.

Tickets for the Drive-In Air Show are now available at https://www.wingsovernorthgeorgia.com/guest-information/ticket-options. Tickets must be purchased online and in advance as no tickets will be sold on the day of the air show performances. For additional show information, follow the air show’s Facebook page or visit the Wings Over North Georgia website at  https://www.WingsOverNorthGeorgia.com.