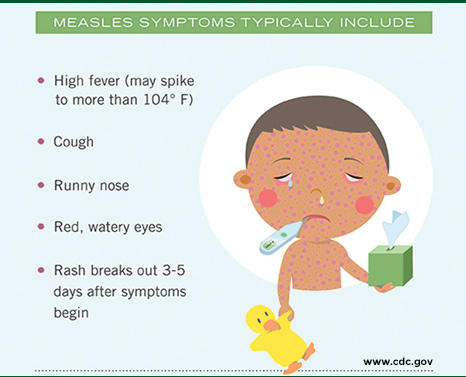 “We are very pleased that the measles outbreak has ended in New York and that measles is still considered eliminated in the United States. This result is a credit to the cooperative work by local and state health departments, community and religious leaders, other partners, and the CDC,” said HHS Secretary Alex Azar. “But this past year’s outbreak was an alarming reminder about the dangers of vaccine hesitancy and misinformation. That is why the Trump Administration will continue making it a priority to work with communities and promote vaccination as one of the easiest things you can do to keep you and your family healthy and safe.”

The CDC confirmed 1,249 cases of measles between January 1 and October 4, 2019. This year marks the greatest number of measles cases in the country since 1992. While cases have been reported in 31 states, 75% of measles cases were linked to outbreaks in New York City and New York state, most of which were among unvaccinated children in Orthodox Jewish communities. These outbreaks have been traced to unvaccinated travelers who brought measles back from other countries at the beginning of October 2018.

Since measles outbreaks continue to occur in countries around the world, there is always a risk of measles importations into the U.S. When measles is imported into a highly vaccinated community, outbreaks either do not happen or are usually small. However, if measles is introduced into an under-vaccinated community, it can spread quickly and it can be difficult to control. Measles elimination status is lost immediately if a chain of transmission in a given outbreak is sustained for more than 12 months. CDC has been working with the Pan American Health Organization (PAHO) throughout the year to keep stakeholders updated on measles surveillance. CDC will also meet with PAHO’s Regional Verification Commission in the coming months to review the U.S. surveillance data and verify measles elimination status.

In the last year, the United Kingdom, Greece, Venezuela, and Brazil have lost their measles elimination status. Data from the World Health Organization indicates that during the first six months of the year there have been more measles cases reported worldwide than in any year since 2006. From January 1 – July 31, 2019, 182 countries reported 364,808 cases of measles. That increase is part of a global trend seen over the past few years as other countries struggle with achieving and maintaining vaccination rates.

A significant factor contributing to the outbreaks this year has been misinformation in some communities about the safety of the measles-mumps-rubella (MMR) vaccine. Some organizations are deliberately targeting these communities with inaccurate and misleading information about vaccines. CDC continues to encourage parents to speak to their family’s healthcare provider about the importance of vaccination. CDC also encourages local leaders to provide accurate, scientific-based information to counter misinformation.

“Our Nation’s successful public health response to this recent measles outbreak is a testament to the commitment and effectiveness of state and local health departments, and engaged communities across the country,” said CDC Director Robert R. Redfield, M.D. “CDC encourages Americans to embrace vaccination with confidence for themselves and their families. We want to emphasize that vaccines are safe. They remain the most powerful tool to preserve health and to save lives. The prevalence of measles is a global challenge, and the best way to stop this and other vaccine preventable diseases from gaining a foothold in the U.S. is to accept vaccines.”

Before the measles vaccine was introduced in the U.S., nearly all children got measles by the time they were 15 years of age. It is estimated three to four million people were infected, and among the 500,000 measles cases reported annually, 48,000 were hospitalized and 500 people died.

Information direct from US Department of Health & Human Services