The U.S. Attorney’s Office in GA announced a deferred prosecution agreement resolving the charge, under which the company admits that it paid the doctor to induce him to not only maintain, but increase his prescription volume.
There’s also an attached civil penalty of $95,972,017 due to False Claims Act related marketing violations. 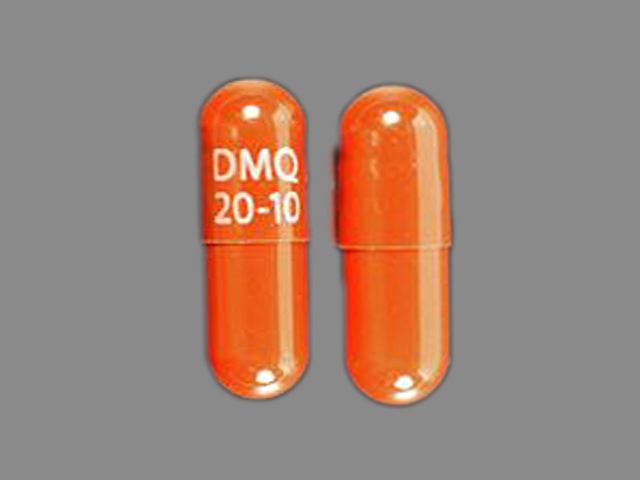 Avanir Pharmaceuticals (Avanir), a pharmaceutical manufacturer based in Aliso Viejo, California, was charged for paying kickbacks to a physician to induce prescriptions of its drug Nuedexta, the Department of Justice announced today.  The Northern District of Ohio also announced indictments of four individuals, including former Avanir employees and one of the top prescribers of Nuedexta in the country, who were involved in the kickback scheme.  Avanir has also agreed to pay over $95 million to resolve civil False Claims Act allegations of kickbacks as well as its false and misleading marketing of Nuedexta to providers in long term care facilities to induce them to prescribe it for behaviors commonly associated with dementia patients, which is not an approved use of the drug.

“Kickbacks have the power to corrupt a provider’s medical judgment,” said Assistant Attorney Jody Hunt of the Department of Justice’s Civil Division.  “And it is particularly concerning when a pharmaceutical company uses kickbacks to drive up sales in connection with a vulnerable population, such as elderly patients in nursing care facilities.”

The Northern District of Georgia also announced a deferred prosecution agreement resolving the charge, under which Avanir admits that it paid the doctor to induce him to not only maintain, but increase his prescription volume.  Under the agreement’s terms, Avanir will pay a monetary penalty in the amount of $7,800,000, and a forfeiture in the amount of $5,074,895.  The United States will defer prosecuting Avanir for a period of three years to allow the company to comply with the agreement’s terms.  The agreement will not be final until accepted by the court.

“When a drug company pays kickbacks to physicians, it can affect their medical decision making and undermine the proper treatment of their patients,” said Byung J. “BJay” Pak, U.S. Attorney for the Northern District of Georgia.  “This is particularly troublesome when it affects our vulnerable elderly population.”

The Northern District of Georgia entered into the deferred prosecution agreement with Avanir based on the individual facts and circumstances of this case.  Among those facts and circumstances, the agreement specifically identifies the company’s substantial and ongoing cooperation with the investigation to date, including capturing and producing text messages from employee cell phones, the extensive remedial measures taken by the company, including terminating, or permitting to resign in lieu of termination, multiple employees, at various levels of the organization, including senior executives, and its enhanced compliance program.  Other facts and circumstances include: Avanir has agreed to resolve all civil claims relating to federal health care programs arising from its conduct; and a conviction (including a guilty plea) would likely result in the Office of the Inspector General of the Department of Health and Human Services imposing mandatory exclusion of Avanir from all federal health care programs under 42 U.S.C. § 1320a-7 for a period of at least five years, which would result in substantial consequences, including to American consumers.  The agreement can ensure that integrity has been restored to Avanir’s operations and preserve its financial viability while preserving the United States’ ability to prosecute it should material breaches occur.

The Northern District of Ohio also announced indictments of four individuals who paid or received kickbacks from Avanir.  Named in the 83-count indictment are: Deepak Raheja, 63, of Hudson; Gregory Hayslette, 43, of Aurora; Frank Mazzucco, 41, of Dublin, and Bhupinder Sawhny, 70, of Gates Mills.  All four are charged with conspiracy to solicit, receive, offer and pay health care kickbacks. Avanir has agreed to cooperate in the prosecution of these individuals.

“Doctors should prescribe medicine based on what is best for their patients, not on which drug company is paying for their travel and meals,” said U.S. Attorney for the Northern District of Ohio Justin Herdman.

In a separate civil resolution, Avanir has agreed to pay $95,972,017 to the United States to resolve allegations under the False Claims Act related to its marketing of Nuedexta.  The government alleged that between October 29, 2010, and December 31, 2016, Avanir provided remuneration in the form of money, honoraria, travel, and food to certain physicians and other health care professionals to induce them to write prescriptions for Nuedexta.  One form of remuneration included Avanir’s payment to certain health care professionals to give talks (commonly known as “speaker’s programs”) about Nuedexta based on their willingness to prescribe Nuedexta.  These events were primarily social, with no educational value.

The government further alleged that Avanir implemented a strategy to market Nuedexta in long-term care (LTC) facilities for uses other than PBA that had not been approved by the FDA and were not medically accepted indications as defined by the statutes and regulations governing the Federal health care programs.  In particular, Avanir sought to capitalize on efforts by the Centers for Medicare and Medicaid Services to reduce the use of anti-psychotics on dementia patients in LTC facilities, based in part on CMS’s concern that anti-psychotics can be and have been used as a form of chemical restraint for residents.  Avanir did so by instructing its sales force to initiate discussions in LTCs regarding anti-psychotic use and how Nuedexta could be used to reduce a LTC facility’s reliance on anti-psychotics even though Avanir’s own studies demonstrated that the actual population of patients with PBA is limited.  In order to counter the objection by certain physicians that they had few, if any, patients that exhibited signs of PBA in their facilities, Avanir instructed sales representatives to provide false and misleading information that PBA patients could be exhibiting a wide variety of “behaviors” such as crying without tears, moaning, or making other inarticulate sounds, when, in fact, those symptoms are commonly observed in patients who have dementia but do not have a diagnosis of PBA.  This strategy worked, and Nuedexta utilization in LTC facilities increased.

In one example of the impact of these strategies, the government alleged that an Avanir employee reported that one doctor, who was also a paid speaker for Nuedexta, had “entire units” of patients on Nuedexta at the LTC facility where he worked, which contained a large number of dementia patients with behavioral issues.  And while another doctor, a geriatrician, who also worked in the same LTC facility routinely discontinued Nuedexta for patients, the doctor paid by Avanir “constantly re-initiat[ed]” the treatment.

Contemporaneous with the civil settlement, Avanir entered into a Corporate Integrity Agreement (CIA) with the Department of Health and Human Services Office of Inspector General.  The CIA requires, among other things, that Avanir implement additional controls around its interactions with physicians and conduct internal and external monitoring of promotional and other activities.  It also increases individual accountability by requiring compliance-related certifications from its Board and key executives.

“Paying kickbacks to medical providers in an effort to increase profits is illegal and diminishes the trust and credibility of drug companies who engage in these activities,” said Derrick L. Jackson, Special Agent in Charge for the Office of Inspector General of the Department of Health and Human Services.  My agency’s five-year compliance agreement with Avanir has been tailored to ensure such alleged behavior will not be repeated.”

The civil settlement resolves lawsuits filed by Kevin Manieri, Duane Arnold, and Mark Shipman, all former employees of Avanir, under the qui tam or whistleblower provisions of the False Claims Act, which permit private individuals, known as relators, to sue on behalf of the government for false claims and to share in any recovery.  The qui tam suits were filed in the Northern District of Ohio and the Northern District of Georgia and are captioned United States ex rel. Kevin Manieri v. Avanir Pharmaceuticals, Inc. and Deepak Raheja, Action No. 5:15-cv-611 (N.D. Ohio), and United States ex rel. Duane Arnold and Mark Shipman v. Avanir Pharmaceuticals, Inc., Action No. 1:15-cv-01250 (N.D. Ga.).  Manieri will receive $12,389,823 of the civil settlement, and Arnold and Shipman will receive $5,365,000 of the civil settlement.  In addition to the $95,972,017 being paid to resolve the United States’ civil claims, Avanir will pay an additional $7,027,983 to resolve state Medicaid claims.

Since President Trump signed the bipartisan Elder Abuse Prevention and Prosecution Act (EAPPA) into law, the Department of Justice has participated in hundreds of enforcement actions in criminal and civil cases that targeted or disproportionately affected seniors.  In particular, this past March the Department announced the largest elder fraud enforcement action in American history, charging more than 260 defendants in a nationwide elder fraud sweep.  The Department has likewise conducted hundreds of trainings and outreach sessions across the country since the passage of the Act.

Except as to conduct admitted as part of the deferred prosecution agreement and its Statement of Facts, the claims resolved by the civil settlement are allegations only and there has been no determination of liability.