Before 1960, bites from rabid dogs caused most human rabies cases in the U.S, but now bats make up 70% of the cases.
Even still, raccoons pose the greatest rabies risk in our state. 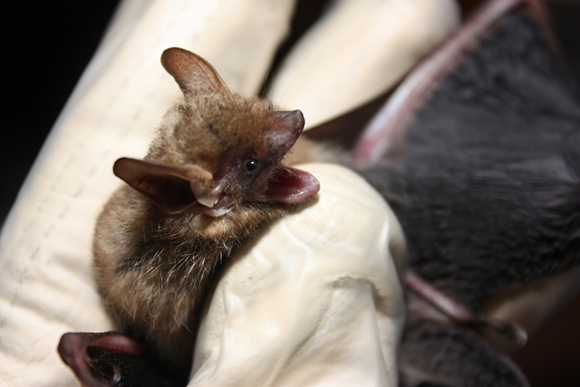 Bats are responsible for roughly 7 in 10 rabies deaths among people who are infected with the rabies virus in the United States, possibly because people may not know of the risk bats pose, according to the Vital Signs report released today by the Centers for Disease Control and Prevention. The large percentage of deaths tied to bats is particularly striking since bats account for just a third of the 5,000 rabid animals reported each year in the U.S. Rabid dogs that people encounter while traveling overseas are the second-leading cause of rabies cases in Americans.

The U.S. averages 1-3 human cases of rabies a year now, down from 30-50 cases per year in the 1940s. This decrease is largely due to routine pet vaccination and availability of post-exposure prophylaxis (PEP), which combines rabies vaccine and rabies immune globulin to prevent infection after exposure to the virus. Each year, about 55,000 people in the U.S. seek PEP after a potential rabies exposure. Rabies is nearly always fatal if people don’t get rabies PEP before symptoms start.

The U.S. rabies landscape has shifted dramatically during the past 81 years. Before 1960, bites from rabid dogs caused most human rabies cases in the U.S. Mass pet-vaccination programs and leash laws enacted in the 1950s significantly reduced rabies in dogs. As dog rabies declined, rabies in bats, raccoons, foxes, and skunks became more apparent. These animals have remained the primary hosts of the virus in the U.S., although any mammal – including unvaccinated dogs and cats – can get rabies if bitten by another animal that is rabid. Some animals that people may think spread rabies – like opossums and squirrels – rarely do.

“Reducing rabies in dogs is a remarkable achievement of the U.S. public health system, but with this deadly disease still present in thousands of wild animals, it’s important that Americans are aware of the risk,” said CDC Director Robert R. Redfield, M.D.  “Rabies is almost universally fatal, and preventable if people know what to do if bitten or scratched by an animal.”­­­­­­­

Bats carry rabies virus in every U.S. state except Hawaii, and can spread the virus year-round. However, anecdotal case reports suggest that people may not be fully aware that bats pose a rabies risk – and so they may not seek life-saving rabies PEP if they are bitten or scratched by a bat. 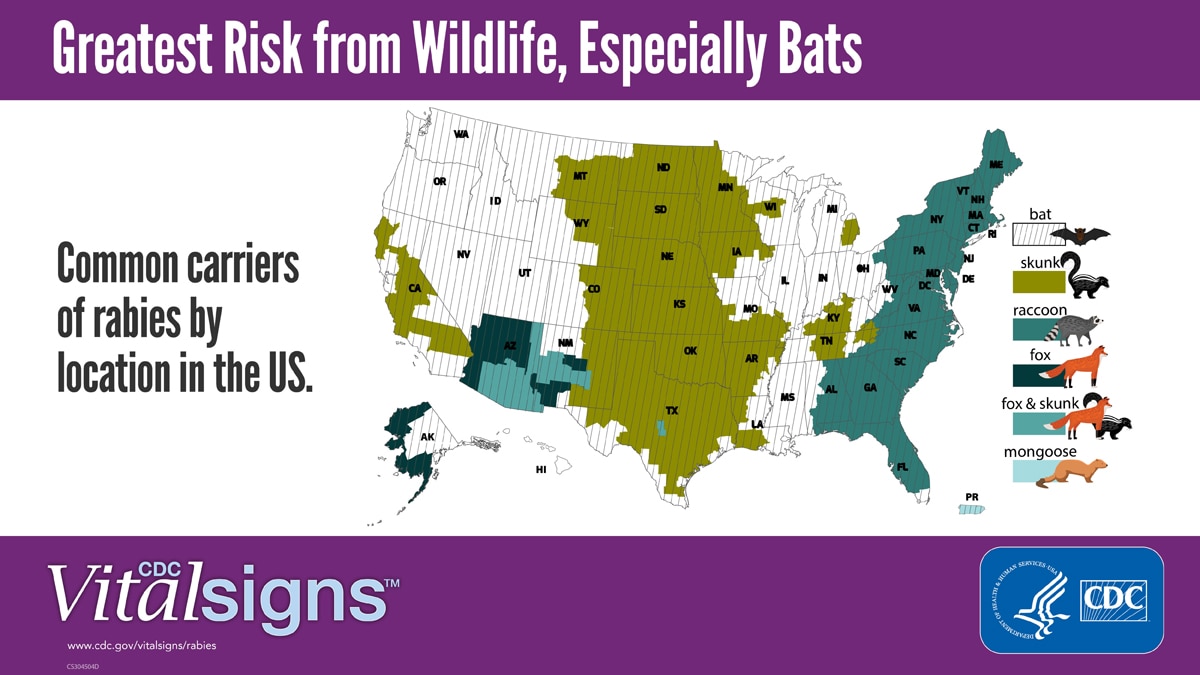