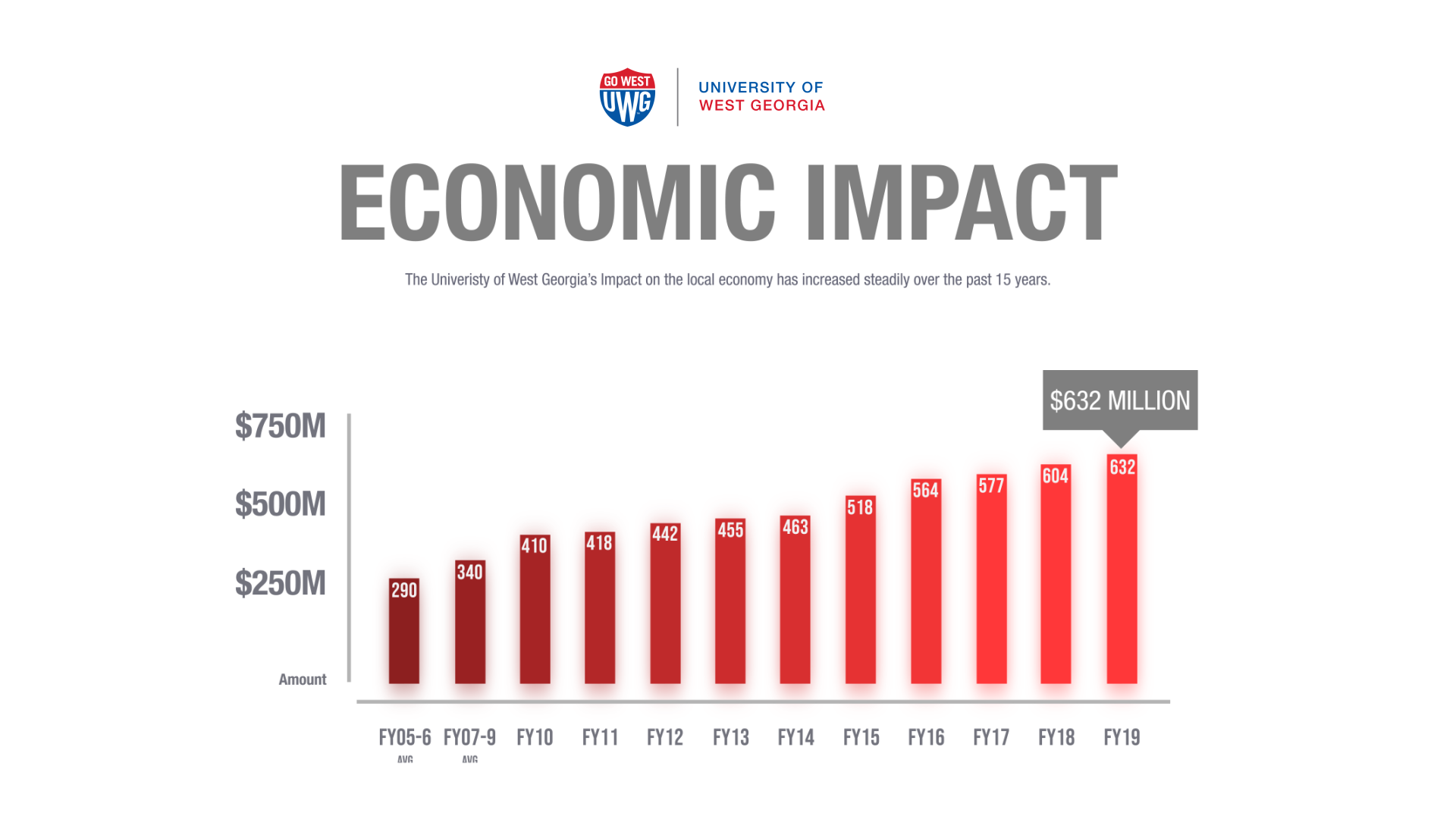 The University of West Georgia contributed more than $632.3 million to the region’s economy during the state’s 2019 fiscal year, according to the annual economic impact study recently released by the University System of Georgia (USG).

UWG President Dr. Brendan B. Kelly said he is extraordinarily proud of the university’s ability to make such a notable impact on the region’s economy and quality of life.

“We are grateful and honored to have the ability to contribute to our regional economy to such a degree,” Kelly said. “Placemaking is something we hold in highest regard, and I’m proud to say the profoundly important, collaborative relationship between UWG and the community is stronger than ever.” 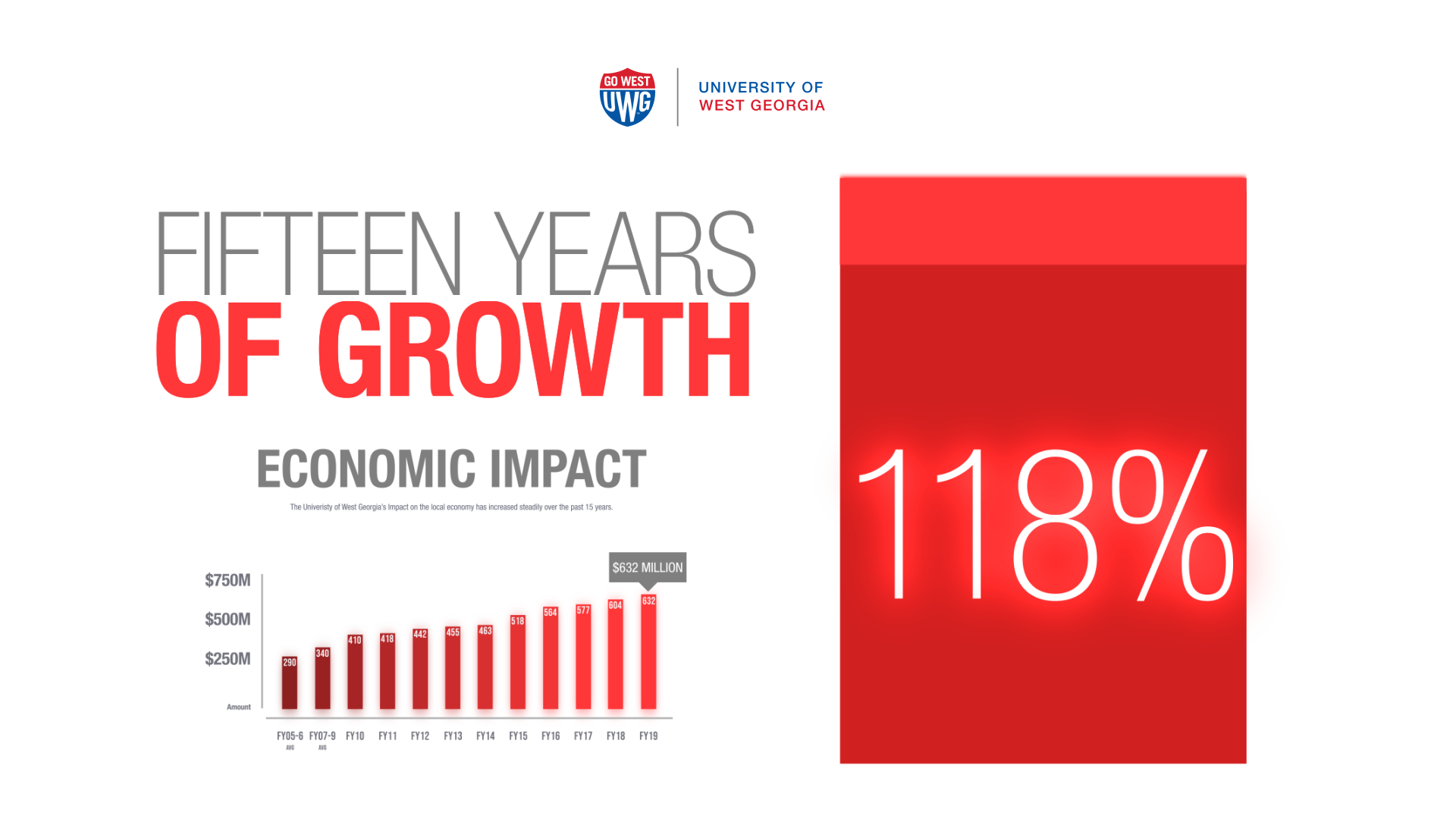 Adding to this spending by students, the university’s spending on personnel services and operating expenses, which totaled about $186 million, led to the university community directly injecting roughly $392 million into the local economy.

“USG and our 26 institutions play a critically important role in local economies all across Georgia,” Wrigley said. “At the same time, a college degree has never been more essential to success in the workforce and for our state’s economic future. As Georgia’s public college and university system, USG remains committed to improving on the state’s investment in higher education and carrying out our ultimate mission to prepare students for life and work with a college degree.”

To view the full economic impact report and the lifetime earnings report, visit the USG website.