The film industry in Georgia is booming, and the reason can be almost entirely attributed to Georgia’s film tax credit. However, for many budget-watchers, questions remain about the efficacy of the credit. 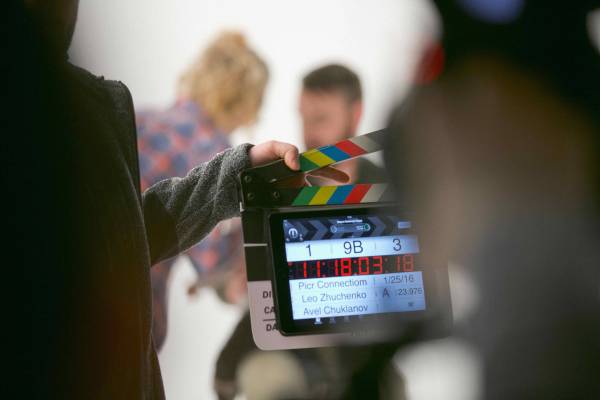 When the Georgia Department of Audits and Accounts Performance Audit Division wanted to take a detailed look at how film tax credits are impacting the state’s economy, they reached out to Drs. William “Joey” Smith and Hilde Patron in the University of West Georgia’s Richards College of Business.

The film industry in Georgia is booming, and the reason can be almost entirely attributed to Georgia’s film tax credit. However, for many budget-watchers, questions remain about the efficacy of the credit.

When the Georgia Department of Audits and Accounts Performance Audit Division wanted to take a detailed look at how the credits are impacting the state’s economy, they reached out to Drs. William “Joey” Smith and Hilde Patron in the University of West Georgia’s Richards College of Business.

Smith, chair of the Department of Economics, and Patron, professor of economics and director of the Center for Business and Economics Research (CBER), are no strangers to conducting this type of study.

“We do economic impact studies and research support for the Senate and other branches of state government regularly,” Smith said. “Often we provide information about the tax impact of specific legislation. In this case, we were looking at an existing law under review, the Georgia film tax credit.”

The CBER in the Richards College of Business is well-known for excellence.

“We have a reputation for doing good work,” Smith said. “People at the Capitol knew they had an excellent resource at the University of West Georgia.”

For the study, Smith and Patron were given access to newly available data that authors of previous studies didn’t have.

“This greatly improved the accuracy of our estimates,” Patron said.

The pair dug in and began to sift through the details, analyzing all available data for a one-year period using specialized software called IMPLAN.

“IMPLAN is an input/output model,” Smith said. “It models the entire economy using more than 500 different industry sectors. So, when you expend money in a particular sector, it shows how it flows to others.”

Patron and Smith’s study was integrated into a larger analysis performed by the Department of Audits, which included not just the economic impact but the administration and distribution of the credit as well.

“Our study was included as part of a bigger project by the Department of Audits,” Patron said. “They were analyzing all aspects of the tax credit, not just the economic impact, but also whether or not the state was collecting the right information and approving the correct amount of credit for the appropriate activities.”

Studies like this are important because, unlike the federal government, states must balance their budgets.

“It’s very important to voters and elected officials to know where we are spending tax dollars and that legislation is doing what it is intended to do,” Smith said.

Although Smith and Patron found that the film tax credit isn’t currently impacting Georgia’s economy as positively as other calculations had suggested, they believe the state will likely keep offering the incentives.

“We measured the impact for 2016 alone, however it is possible that supporters of the credit believe the benefits accumulate over time as the industry grows and that once there is a critical mass of businesses in the movie industry, the industry can sustain itself, “Patron said.

Smith added that the film industry impacts other local industries and small businesses in positive ways.

“There are specific industries that wouldn’t exist in Georgia were it not for film,” Smith noted. “For example, somebody who is a collector of antique automobiles will often rent those cars to the films in production here in need of period cars.”

Overall, the professors worked on the study for more than a year and said it was a rewarding experience.

“This project, especially toward the end, became very intense,” Patron said. “There were so many components to keep track of, and we constantly received more data and new information. We both thought it was fun, though; it was very interesting to work with the folks from the Department of Audits.”

This type of research has become a fundamental component of the work done in the CBER. Although none were involved in this particular study, Smith and Patron said it is common for students to play important roles in similar projects at the center.

“If you are a student, and you want to directly be involved in activities that affect the world around you, come to UWG and get involved in undergraduate research as quickly as you can,” Smith said. “Start thinking about questions you want answered. Be curious.”

The pair’s findings were published within a performance audit overview report released by the Georgia Department of Audits and Accounts Performance Audit Division.