The University of West Georgia has been recognized by the Carnegie Foundation for its institutional commitment to community engagement through teaching, research and public service with the Community Engagement Classification. 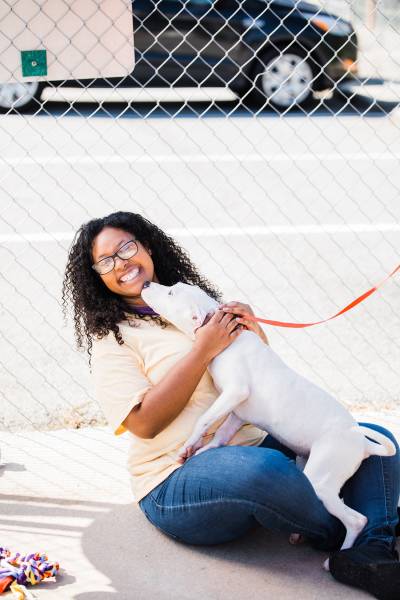 The University of West Georgia has been recognized by the Carnegie Foundation for its institutional commitment to community engagement through teaching, research and public service with the Community Engagement Classification.

Dr. Stuart Rayfield, interim president of UWG, said the classification is a testament to the countless hours and high quality of work put in by UWG faculty and staff over the past few years to apply for the distinction.

“Connecting the people of West Georgia to the resources of the university is integral to our mission,” Rayfield said. “We are dedicated to building on our existing strengths and developing distinctive academic, research, and co-curricular programs and services that respond to identified regional, state, and global needs. This distinction shows that what we’ve been doing is being recognized.”

UWG will host a campus-wide celebration for the achievement on Monday, Feb. 10, at 2 p.m. in the Campus Center.

The Carnegie classification is awarded following a process of self-study by the institution, which is then assessed by a national review committee. The Carnegie Community Engagement Classification has been the leading framework for institutional assessment and recognition of community engagement in U.S. higher education for the past 14 years, with classification cycles taking place in 2006, 2008, 2010, 2015 and 2020.

“These classified institutions are doing exceptional work to forward their public purpose in and through community engagement that enriches teaching and research while also benefiting the broader community,” said Matthew Johnson, executive director of the Swearer Center for Public Service, which leads the national review committee that assesses each applying institution.

The university’s application was coordinated by Dr. Melanie McClellan, who served as director of the Office of Community Engagement until 2019, when the application was submitted. McClellan – assisted by Amanda Wright, UWG’s assistant director of community engagement –  chaired a working group that collected information across the university’s schools and colleges and public service and outreach units to highlight the diverse ways the university engages with the community.

“In 2017, we read through the Carnegie application line by line and asked ourselves how we would answer the rigorous questions if we were applying for the classification at that time,” McClellan said. “From that process, we identified the top priorities to focus on both as the Office of Community Engagement and as a university as a whole. Then, we started working to address those needs.”

Those needs were a definition of and criteria for service learning, which a team of faculty led by Dr. Tami Ogletree developed; criteria in promotion and tenure guidelines for community-engaged scholarship; and measurement tools to assess the campus’ work on community engagement. UWG’s Faculty Senate actively supported these efforts.

“Receiving this distinction is significant for academic affairs because, beyond the excitement around the recognition, this has established a legacy of community engagement at UWG that we can build upon and develop further in the future,” Newton said. “We are now – more than ever – inspired to enhance our work on campus to build and sustain relationships with members of the communities we serve.”

The application was due in April 2019, when Dr. Micheal Crafton was the interim president of UWG. Crafton officially “hit the button” on the 104-page application’s submission. To maintain the classification, UWG must re-apply to the Carnegie Foundation in 2026.

“The process itself was enlightening and inspiring for everyone involved, as the team had to do an amazing amount of inquiry and inventory-building,” Crafton said. “It’s always a surprise to see just how much a campus does in a community to make the world a better place. Now, the bar is set even higher; once we have the designation, we have to live up to it.”

Dr. Amber Smallwood, interim dean of the College of Social Sciences, also served on McClellan’s working group. She lauded the university’s Office of Community Engagement for serving as a supportive resource and “driving force” throughout the application process.

“Serving humanity and doing public good is central to the mission of the College of Social Sciences, so I was thrilled to be part of this work examining what we do in terms of community-engaged scholarship,” Smallwood said. “Community engagement isn’t just one extra thing you do. Instead, it’s a way of doing everything you do in a meaningful way and in collaboration across our campus.”

Smallwood credited the “spirit around UWG” for being an important part in earning the distinction.

“This classification puts us in a category of institutions that are recognized for their emphasis on affecting students and the community and disciplines in a meaningful way that has a broader impact,” Smallwood said. “It’s remarkable that on our first attempt to show our passion, engagement, and continuous improvement, we earned the distinction. That really speaks to how ingrained community engagement is in what we do at UWG.”

McClellan said a significant part of the Carnegie application is to not just show what the university does in its community, but also show the reasoning behind each community-engaged activity.

“To accomplish that, we had to bring together people from all across campus, from completely different backgrounds, so that we could understand and appreciate each other’s work,” McClellan said. “This is really an honor for the community at large because this is not just service done to or for the community; rather, this is service and engagement done with the community, and that’s a huge difference.”