Over 35 Companies in Race to Develop Vaccine for COVID-19

The race is on as a number of companies around the globe are fighting for the chance to be first to develop a COVID-19 vaccine. 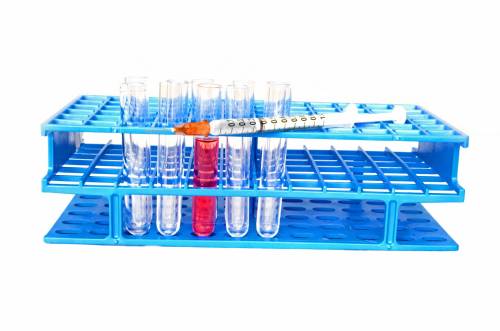 The race is on as a number of companies around the globe are fighting for the chance to be first to develop a COVID-19 vaccine.

The World Health Organization has announced that while the search for treatments of COVID-19 continues, even some of the more draconian containment initiatives have only slowed the spread of the virus. That’s why companies are working around the clock to create a vaccine before, as some worry, the virus mutates again.

According to The Guardian, about 35 companies and academic institutions are racing to create such a vaccine, and Human trials will begin imminently – but even if they go well and a cure is found, there are many barriers before global immunization is feasible. This unprecedented speed is thanks in large part to early Chinese efforts to sequence the genetic material of the virus. China shared that sequence in early January, allowing research groups around the world to grow the live virus and study how it invades human cells and makes people sick.

Clinical trials, an essential precursor to regulatory approval, usually take place in three phases. The first, involving a few dozen healthy volunteers, tests the vaccine for safety, monitoring for adverse effects. The second, involving several hundred people, usually in a part of the world affected by the disease, looks at how effective the vaccine is, and the third does the same in several thousand people. But there’s a high level of attrition as experimental vaccines pass through these phases. “Not all horses that leave the starting gate will finish the race,” says Bruce Gellin, who runs the global immunization program for the Washington DC-based nonprofit, the Sabin Vaccine Institute.

“Though nobody could have predicted that the next infectious disease to threaten the globe would be caused by a coronavirus – flu is generally considered to pose the greatest pandemic risk – vaccinologists had hedged their bets by working on “prototype” pathogens. “The speed with which we have [produced these candidates] builds very much on the investment in understanding how to develop vaccines for other coronaviruses,” says Richard Hatchett, CEO of the Oslo-based nonprofit the Coalition for Epidemic Preparedness Innovations (Cepi), which is leading efforts to finance and coordinate Covid-19 vaccine development.

According to a news release, CytoDyn Inc. recently announced that an additional three critically ill COVID-19 patients have been treated with leronlimab. These additional patients increase the total to 10 patients receiving leronlimab treatment under an Emergency Investigational New Drug (EIND) granted by the U.S. Food and Drug Administration (FDA).