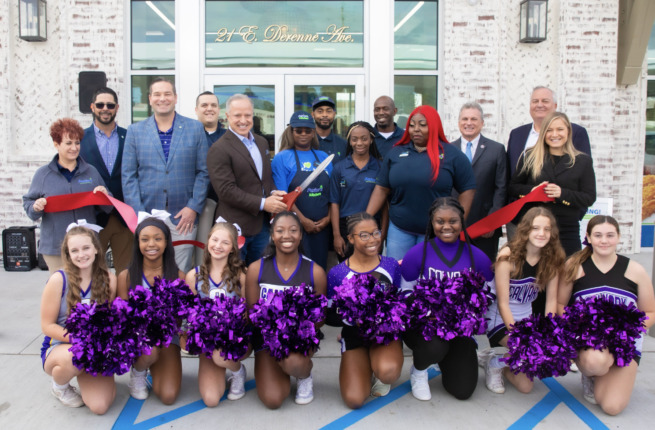 The site, located at 7 E. DeRenne Ave., incorporates an existing 60-foot metal globe, which previously served as a Savannah Gas Co. natural gas storage tank in the 1950s. The giant globe anchors the parcel, which is located at one of Savannah’s most high-traffic intersections.

“We’re absolutely thrilled to open our newest Parker’s Kitchen location at the corner of DeRenne and White Bluff in Savannah,” said Parker’s founder and CEO Greg Parker. “We listened to the public throughout the planning process and are incredibly honored to develop this underutilized site and to preserve the globe, which is an iconic landmark for many Savannah residents.”

A new Chick-fil-A and Starbucks are currently under construction at the 3.4-acre commercial site and are expected to open in mid to late 2023. The Parker Companies, which is the parent company for the Parker’s and Parker’s Kitchen brands, serves as the developer for the site. The Pinyan Company in Savannah, Ga. served as the lead contractor for site construction.

Since its founding in 1976, Parker’s has grown to become an award-winning company that was recently voted America’s #3 gas station brand by USA TODAY readers. The Parker’s Rewards loyalty program, which includes more than 300,000 members, has saved customers more than $15 million to date. Parker’s employs more than 1,200 professionals throughout Georgia and South Carolina and completes more than 125,000 transactions daily.