The subsidiary of CVS Health has agreed to pay the hefty civil penalty to resolve allegations that it violated federal law by allowing opioids and other controlled substances to be dispensed without a valid prescription. 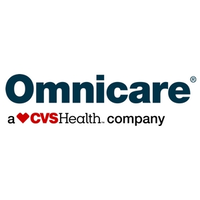 Omnicare Inc., a subsidiary of CVS Health and a leading provider of pharmacy services to long-term care facilities, has agreed to pay the United States a $15.3 million civil penalty to resolve allegations that it violated federal law by allowing opioids and other controlled substances to be dispensed without a valid prescription, U.S. Attorney McGregor W. Scott announced today.

“Omnicare failed in its responsibility to ensure proper controls of medications used to treat some of the most vulnerable among us,” said DEA Acting Administrator Uttam Dhillon. “DEA is committed to keeping our communities safe by holding companies like Omnicare accountable for such failures, while ensuring continuity of care and necessary access to emergency prescription drug supplies.”

“When controlled substances are diverted from their intended lawful purpose, whether from a large ‘closed door’ pharmacy chain like Omnicare or a pharmacy open to the public, there is a substantial danger to public health and safety,” U.S. Attorney Scott stated. “That is why the United States Attorney’s Office, together with our law enforcement partners, will continue to enforce the Controlled Substances Act against pharmacies of any size or type that violate the Act and will seek substantial civil penalties when warranted.”

“Failure to control access to prescription drugs can lead to the diversion of medication that could fall into the wrong hands with potentially devastating consequences,” stated DEA Special Agent in Charge Daniel C. Comeaux. “Today’s settlement demonstrates DEA’s commitment in protecting the health and safety of the public by ensuring all entities involved in the distribution of controlled substances follow the law.”

As part of the settlement agreement announced today, Omnicare agreed to pay the $15.3 million civil penalty and entered into a Memorandum of Agreement with the Drug Enforcement Administration that will require Omnicare to increase its auditing and monitoring of emergency kits placed at long-term care facilities.

The claims settled by this civil agreement are allegations. In entering into this settlement agreement, Omnicare did not admit to any liability.