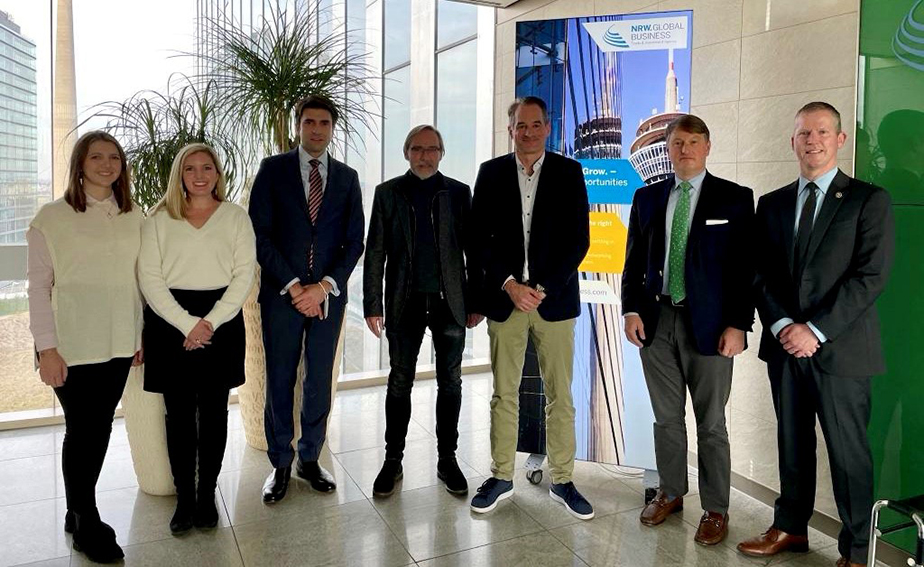 The Georgia Department of Economic Development (GDEcD) this week announced that the German state of North Rhine-Westphalia (NRW) is opening a representative office in Atlanta.

The office will be run by the state-owned trade and investment agency NRW.Global Business. NRW will also be the first German state to have a physical presence in Georgia.

The long-term relationship between the State of Georgia and Germany is extensive, with Germany among the state’s long time top three investment partners. In January 2020, Governor Brian P. Kemp led an economic development mission to Germany, where Georgia’s new and expanded office was officially opened, and the shared commitment between Georgia and Germany was reaffirmed.

“Germany has long been a strategic market for investment, trade, and tourism for the State of Georgia, and our partnerships and trusted relationships are the backbone of our success,” said GDEcD Commissioner Pat Wilson. “The decision by North Rhine-Westphalia to open a representative office in Atlanta only serves to strengthen those relationships. With already existing connectivity, including Delta’s soon-to-return nonstop flight from Atlanta to Düsseldorf, and business partnerships such as TK Elevator calling Cobb County, Georgia, its North American home, the deepening of our ties will undoubtedly lead to more opportunity for reciprocal business and cultural exchange. Welcome to Georgia.”

“With around 1,500 companies, the USA is one of North Rhine-Westphalia’s largest investor countries,” said Felix Neugart, CEO of NRW.Global Business. “At the same time, it is an important growth market for our domestic economy. The Atlanta metropolitan region is the economic engine in the U.S. Southeast. Numerous major U.S. corporations are represented there. Atlanta is already our third international office in the USA and the first on the East Coast. We focus our activities here in particular on tech sectors such as cyber security, FinTech or IoT, with biotechnology and of course the logistics industry also playing an important role.”

During an economic development mission to Germany led by Commissioner Wilson in September 2020, GDEcD officials met with NRW representatives in their capital, Düsseldorf, to discuss the possibility of opening an NRW office in the state. GDEcD Director of International Relations Nico Wijnberg and Managing Director of Georgia’s office in Munich Sergio Domingues worked with NRW.Global Business leading up to their decision to have a presence in Georgia, in partnership with the Metro Atlanta Chamber. The NRW office in Atlanta will be headed by Daniel Dueren, who will leverage his broad international networks to support both U.S. and NRW companies in market entry.

“We extend a warm welcome to NRW.Global Business and congratulate them on choosing metro Atlanta for their first office in the U.S. Southeast,” said Metro Atlanta Chamber President and CEO Katie Kirkpatrick. “Companies from both North Rhine-Westphalia and Georgia have long viewed each other’s regions as great places to do business, and the Chamber looks forward to working with the team at NRW.Global Business to further strengthen our region’s international trade and investment.”

Since the 2020 mission, GDEcD Commissioner Pat Wilson has returned to Germany several times with other department officials. Some investment projects from NRW companies announced by the State of Georgia since 2020 include a new advanced manufacturing operation by GEDIA Automotive Group in Whitfield County that will focus on parts for electric vehicles, and a new assembly facility in Gwinnett County for KIRCHHOFF Automotive, an international supplier to the automotive industry. During fiscal year 2021, businesses from Germany invested more than $120 million in opening and expanding operations in Georgia, and Germany ranked second in jobs created by foreign direct investment.

Annually, the Georgia Department of Economic Development hosts exhibits at two major trade shows in NRW: Anuga, a major global trade fair for the food and beverage industry, in Cologne, and MEDICA, focused on medical technology, in Düsseldorf.

Germany is one of Georgia’s top export markets, with $4.1 billion in 2020, a nearly 48% increase over the previous year. The country ranks third in total trade for Georgia.

With a population of almost 18 million, NRW is the largest German state by population. It is also has the largest economy of all states in Germany, and is home to several large multinational companies, such as E.ON, Deutsche Telekom, Deutsche Post, Thyssenkrupp, RWE, and Rewe Gruppe. The largest cities are Cologne, the state capital Düsseldorf, Dortmund and Essen.