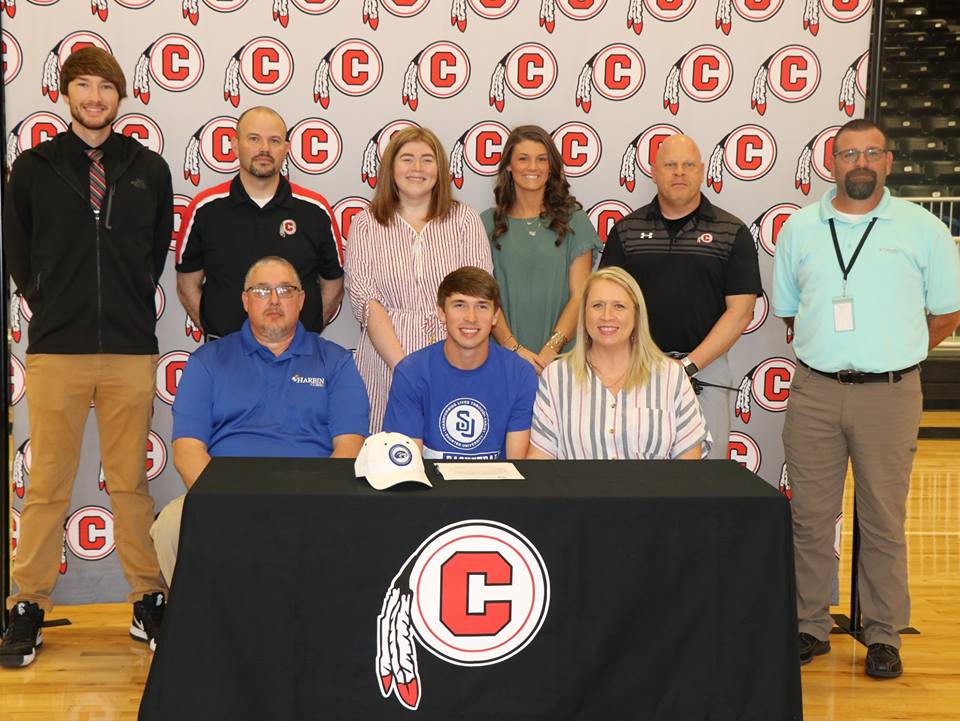 Chattooga Basketball Coach Jared Groce said it had been an absolute joy to have as a Clayton as part of the basketball program from the second he walked in the gym doors as a freshman. “Not only does he possess exceptional athletic ability, but he is a great person. He’s the guy that cleans up the locker room. He’s the guy that treats every conditioning session as a race against his teammates even after a 2-3 hour practice. He’s the guy that asks to get in the gym early so he can get on the shooting machine the day after an off-night. He’s the guy that goes to our elementary schools to give back. I cannot recall a single practice or game where I would even question Clayton giving 100% from start to finish. He’s a winner. Plain and simple.”

”I tell all of my players from day one that if they want to play college basketball, first and foremost, they absolutely have to take the classroom seriously for all four years of high school. College coaches will not even look at highlight videos or stats without first having ACT and/or SAT scores and a GPA. Furthermore, dedication in the classroom shows that a student-athlete is serious about his future and his goals,” Coach Groce said.

Recent Basketball Signings for Chattooga: “As for having three current Chattooga Alumni playing NCAA Division-2 basketball, it’s simply incredible. It says a lot about the respect our program has earned. It should be very motivating to our younger guys that if they put in the work, it’s not just a dream to get to play college basketball but a real possibility,” Coach Groce said.