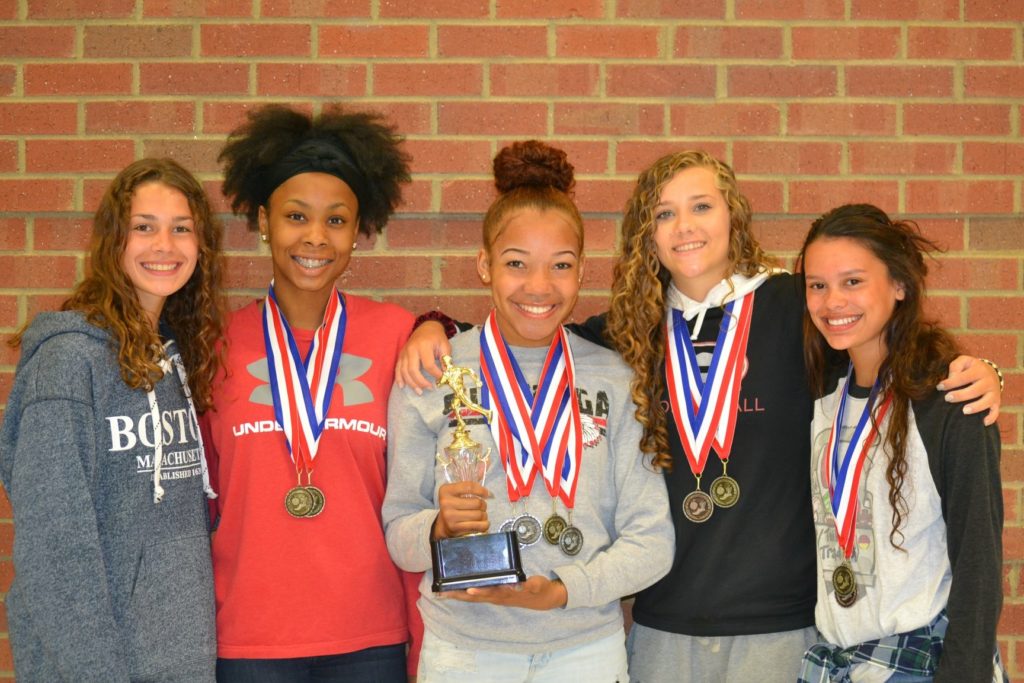 Jamarious Mosteller won region champ in triple jump and 400m. Mosteller holds the #1 position in the state in 2A Triple Jump. Watch Mosteller’s triple jump in the link below.

The girls 4×400 won region champs with Ziyah Underwood, Faith Ann Foster, Kennedy Martin, and Taylor Melton. “The girls ran nine seconds faster yesterday than their best time,” Coach Renee Beasley said.
The girls finished 2nd overall as a team. “This is a huge accomplishment with only six girls scoring points. The girls have improved so much and I am so proud of all of them,” Beasley said.  Chattooga Girls finished 2nd overall as a team with a total of 94 points.