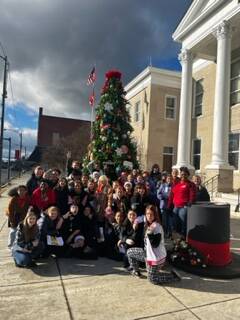 On the last week of school before Christmas break, chorus and band students performed for the elementary and middle school students of the county during the annual Christmas tour of schools. On Wednesday, December 14th, both the band and the chorus began their day by performing at Lyerly School. They then traveled to Summerville Middle School and performed there. After a break for lunch they then finished out their day with a performance at Leroy Massey Elementary School. On Thursday, December 15th, marching band students visited Summerville Montessori School and played their Christmas Parade Sequence. After doing so, they met up with the chorus and both groups performed at PALS. 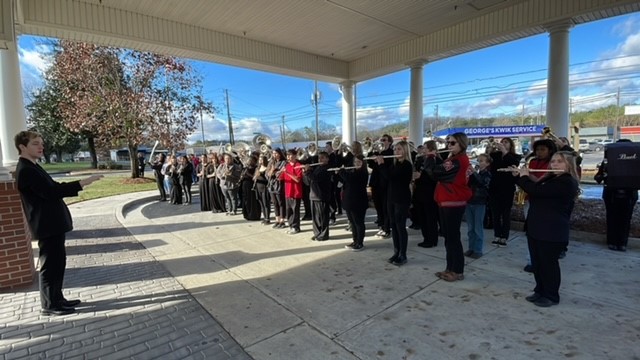 After the performance at PALS, the chorus and band parted ways. The chorus then went caroling downtown and the band went to Oakview Nursing Home and the marching band played Christmas Parade Sequence. They then stopped for lunch and met together to finish out the tour with a performance at Menlo School. Olivia Millican said, “ The tour of schools is an amazing opportunity for aspiring musicians in band and chorus to travel and play for a bunch of different audiences, as well as teach them the responsibility of being a musician.” Lexi Lemmings said, “I loved seeing all of the younger kids in our county. I hope as musicians we influenced them in a positive way and brought joy to them during the holiday season.” The tour of schools is a great way to share the Christmas spirit and show off the hard work of these talented young musicians. 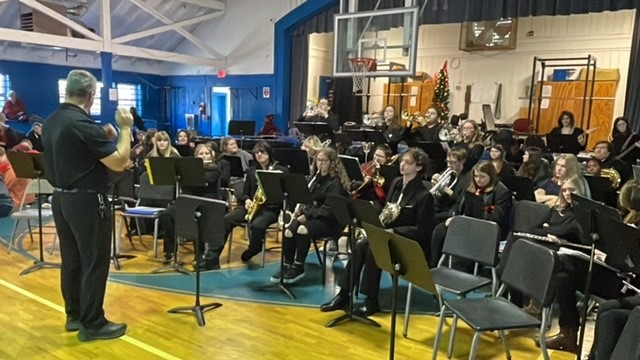