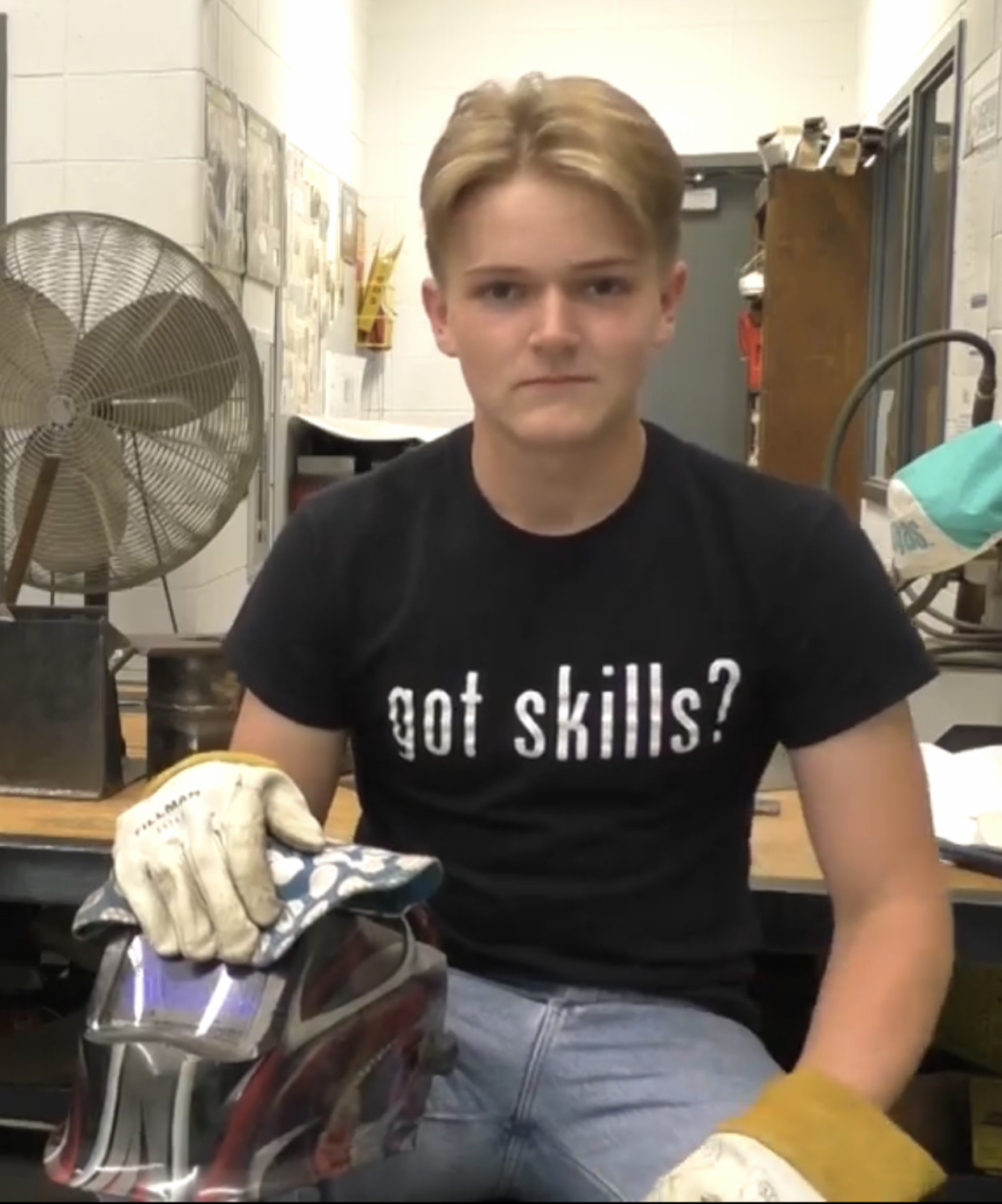 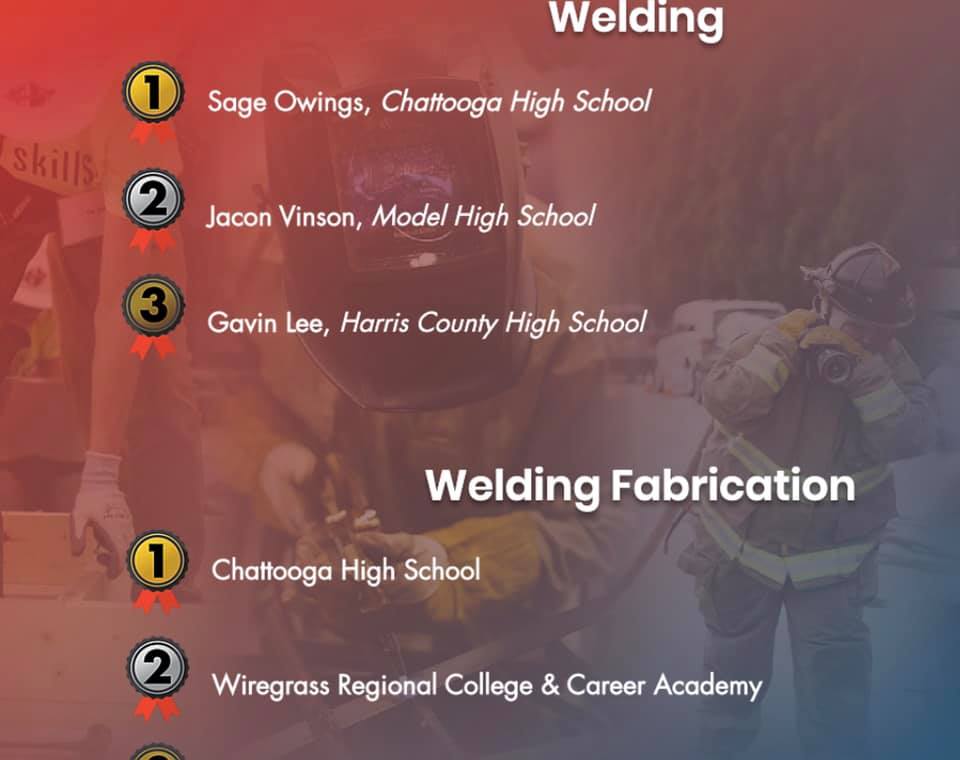 This is only the second time in state history that the same school has claimed the individual and team welding championship in the same year, the other time was in 2018, and the school was Chattooga. 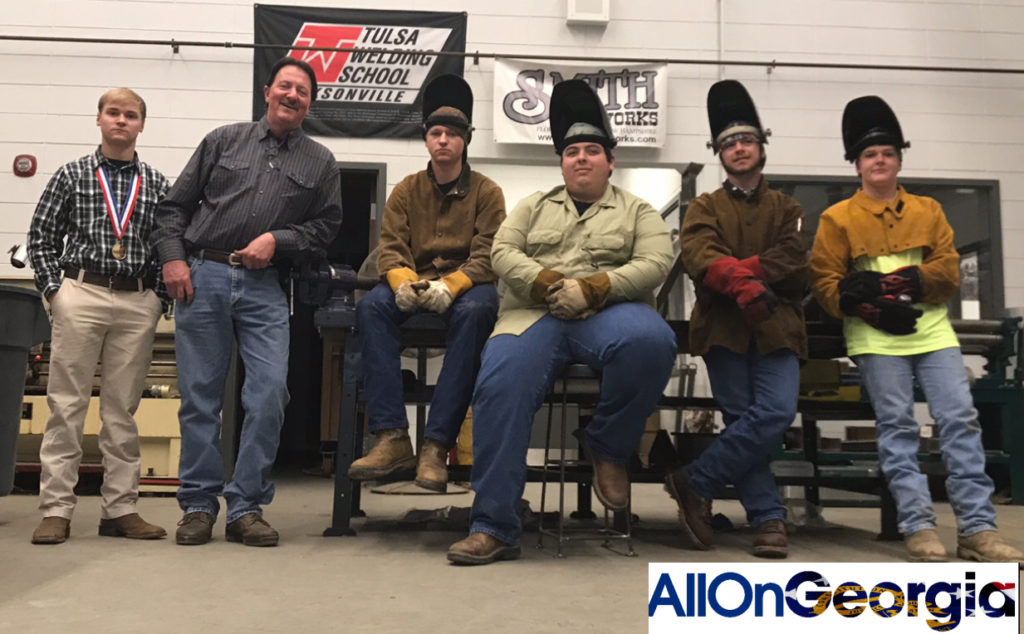 “I could not be more proud for each of these students and the Welding Department at CHS,” Superintendent Jared Hosmer said. CHS welding instructor, Jeff Owings has now claimed THREE individual welding State Champions in a row.

“I would also like to congratulate the Welding Instructor, Mr. Jeff Owings, for the job he does year in and year out for our students and the District,” Hosmer added. Owings has been the welding instructor at Chattooga for 27 years. 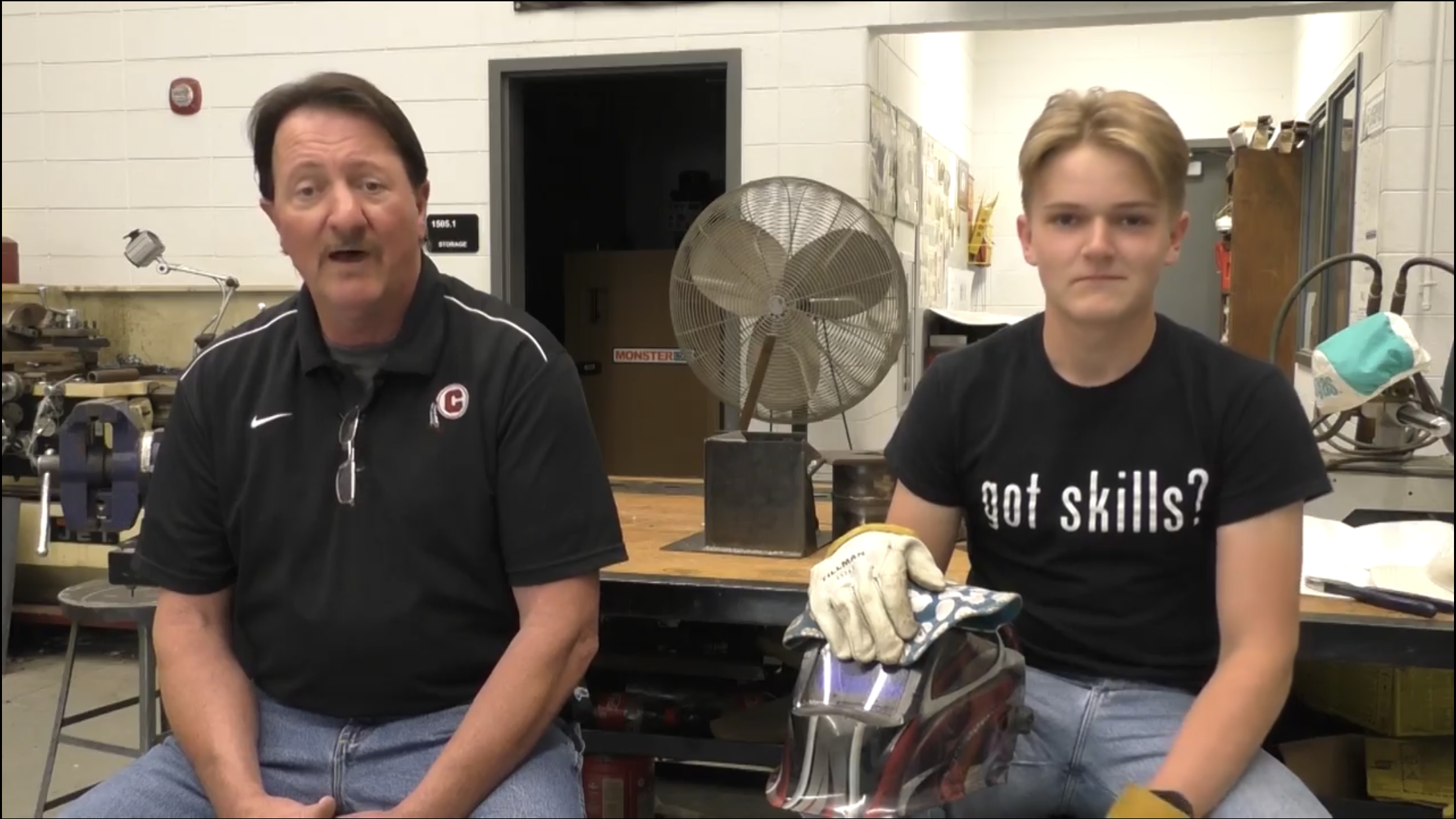 Competitions were started in Atlanta’s World Congress Center on March 12th and then finished with on-line testing around the state while students were quarantined. Though these students have qualified to advance to Nationals, this year’s national competition has been cancelled. 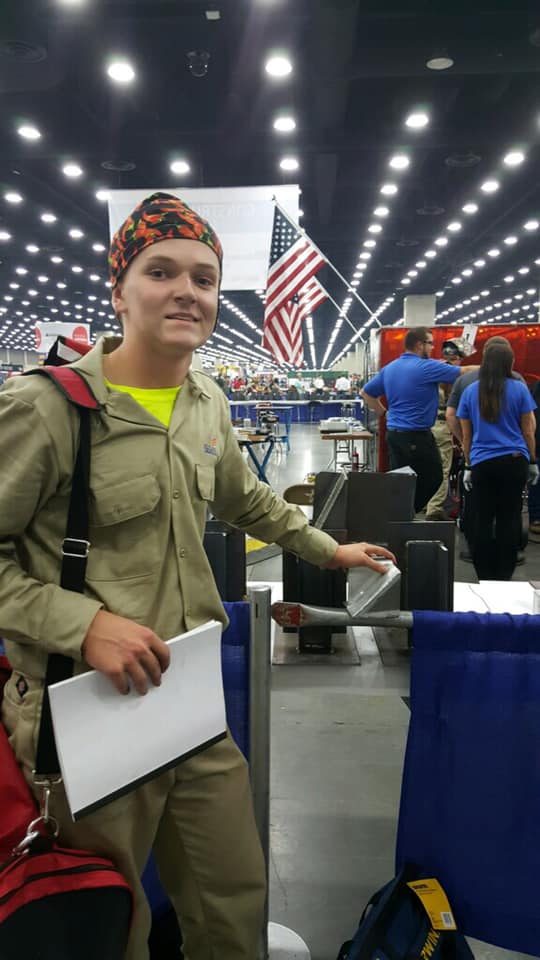 “It’s good to win, but it feels much different because I didn’t get to use my skills and because there’s no nationals this year… I was very ready to win state and nationals this year but it’s still good to get a win in some form,” Sage told AllOnGeorgia. 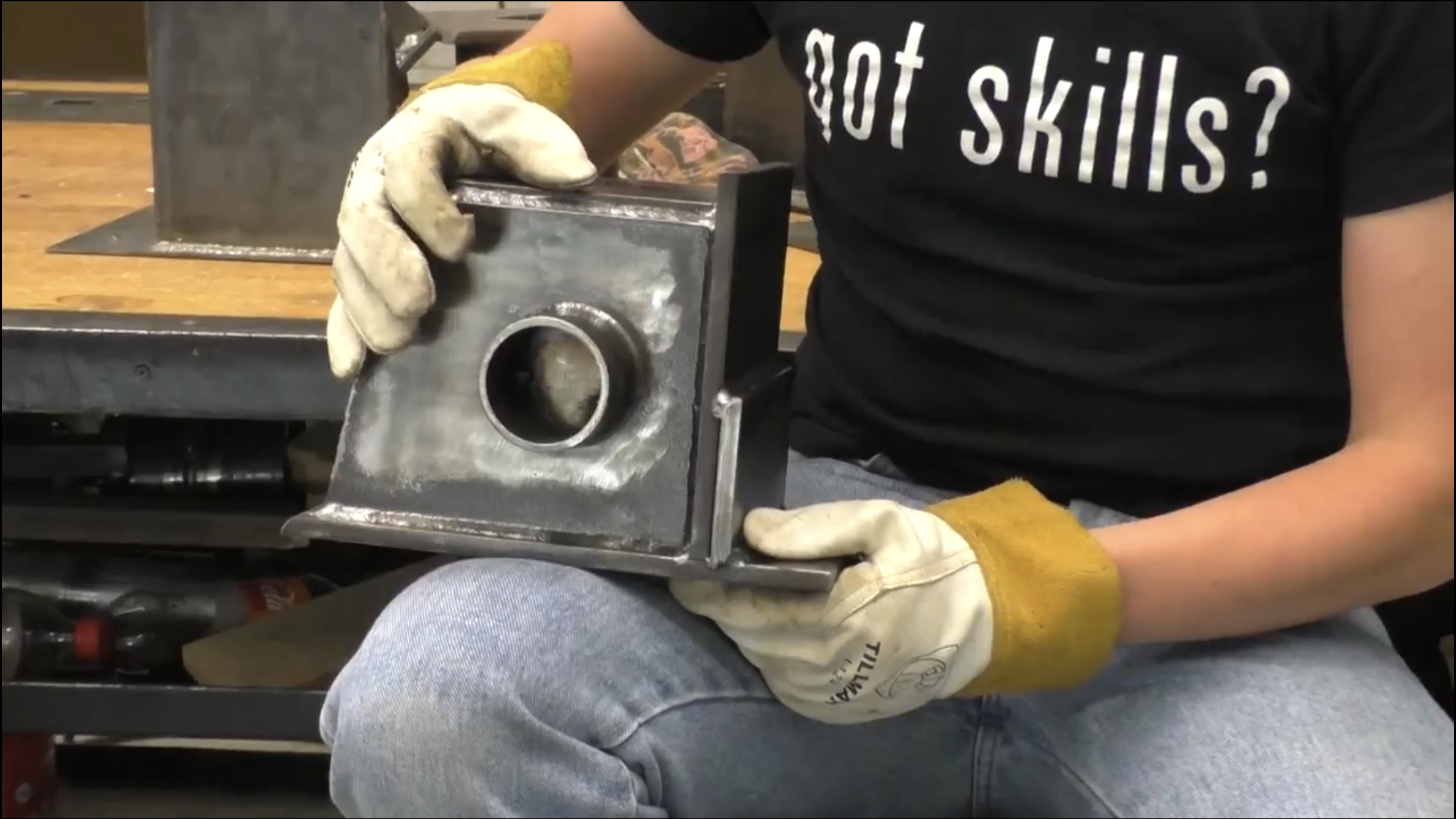 “I wanted to win nationals this year and compete to go to the international competition and the competitor gets a $40,000 scholarship wherever I want but I want to find a job right out of high school where I can work somewhere crazy and make a lot of money,” Sage said of his future plans.

SkillsUSA is a national, nonprofit student organization that has developed more than 10 million workers through active partnerships between employers and educators. Hundreds of American industries have turned to SkillsUSA as the source for employees who exemplify “Champions at Work” in both skills and attitudes.

Welding is one of 14 different career pathways offered by Chattooga High School.