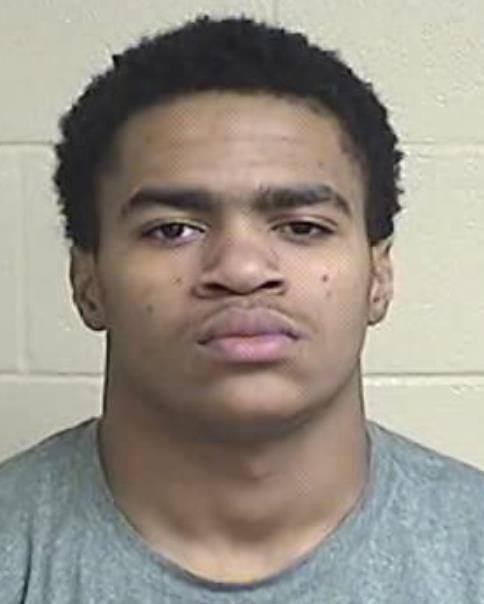 Detectives with the Walker County Sheriff’s Office are investigating an armed robbery of a Wilson Road convenience store that occurred at 10:30 AM on Wednesday January 20th, 2021.
Evidence collected reveals that a 2010 Chevrolet Camaro, color gun metal gray, with white stripes, pulls into the Discount Market parking lot at 1425 Wilson Road at about 10:30 AM. Two young black males exit the vehicle and the driver remains in the vehicle.
One suspect is a lookout at the store entrance, while the other suspect confronts the clerk, banishing a handgun and demands money. The suspects leave the store with an undisclosed amount of money. The vehicle leaves the store parking lot and travels north on Wilson Road.
The following morning, January 21st 2021, detectives working with the Ridgeland High School Resource Officer identified the gunman as 17 year old LaMarcus J. Bailey of Chickamauga, Georgia.
As the investigation moved forward, detectives discovered that Bailey, a Ridgeland High School eleventh grader, had skipped 2nd block and left the school property at 9:42 AM on the 20th. Bailey returned to school property at about 11:20 AM.
The vehicle used in the armed robbery was located in the Ridgeland High School parking lot and was determined to be Bailey’s vehicle.
Detectives searched the Chevrolet Camaro and found a handgun under the front seat. The gun was stolen from Cleveland, Tennessee in 2020.
Bailey was arrested on Thursday January 21st and charged with Armed Robbery and Possession of a stolen firearm; additional charges are forthcoming.
Detectives are working to identify the other two men involved in the armed robbery.
Ridgeland High School administrators have worked closely with detectives throughout the investigation.
Tips can be sent to www.walkerso.com or contact Det. Sgt. Walt Hensley at 706-639-0839.