Erosion and Time: A Losing Battle On Taylor Ridge

As long as residents of northwest Georgia can remember, there has been road work on the mountain pass over Taylor Ridge where Rome and Summerville are connected by Highway 27. Many Chattooga citizens cross Taylor Ridge multiple times daily, traveling into Summerville from the Gore/Subligna area, or local citizens traveling toward Rome. 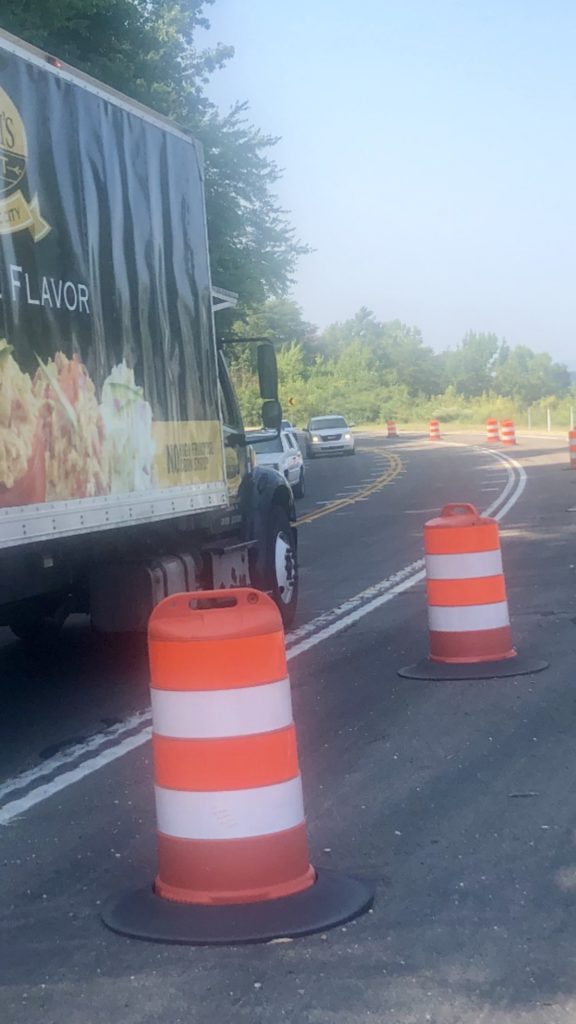 As long as residents of northwest Georgia can remember, there has been road work on the mountain pass over Taylor Ridge where Rome and Summerville are connected by Highway 27. Many Chattooga citizens cross Taylor Ridge multiple times daily, traveling into Summerville from the Gore/Subligna area, or local citizens traveling toward Rome.

Throughout 2018, the three-lane highway begin slipping down the north face of the ridge again and, despite several patchwork repaving efforts, by the start of 2019 the Georgia Department of Transportation began an active construction site on the roadway in an effort to avoid vehicle damage and accidents.

The current project started in February when the roadway traveling northbound into Summerville dropped several inches in less than 48 hours, causing a hazardous dip. 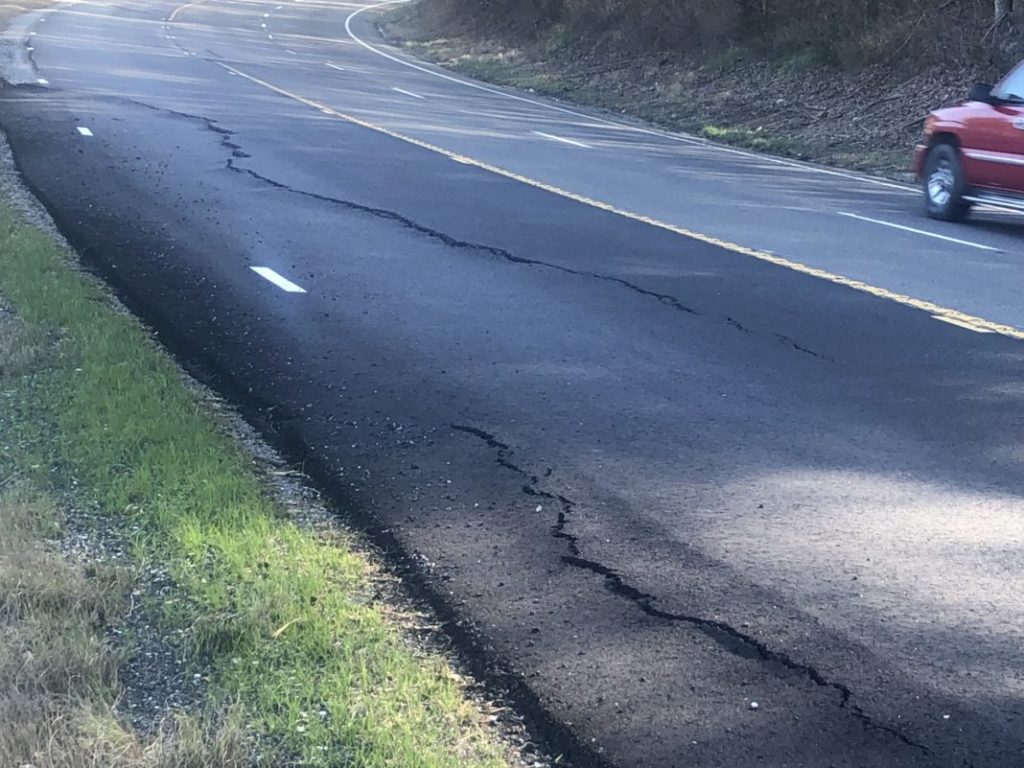 The DOT has erected flashing signs alerting people about the continuing road work. They  installed a “Bump” sign just before the dip in the roadway, patched the bump, painted white stripes on the roadway, installed rumble strip, a series of raised strips across a road or along its edge, changing the noise created by a moving vehicle’s tires on the surface to warn drivers of speed restrictions or of the edge of the road, and closed one lane of traffic. 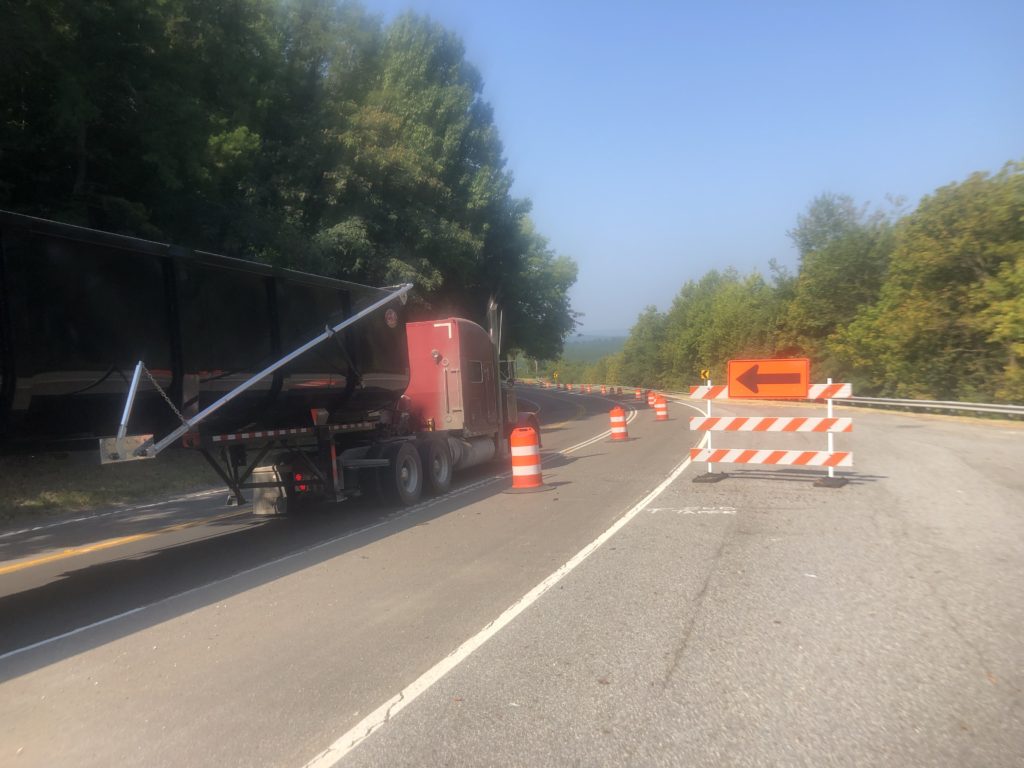 Joe Schulman, District Six Communications Officer for the Georgia DOT, told AllOnGeorgia, “Georgia DOT is actively considering options for a permanent repair to a section of Highway 27 at Taylor Ridge. At this time, one lane of Highway 27 will remain closed, and we will keep temporary traffic control devices in place until all of the repairs are completed. We are currently in the design phase of a project that will ultimately correct the issues. In the meantime, we have made temporary repairs to the highway to keep travelers safe and to impact traffic as little as possible. We are committed to finding a solution that is both long-lasting and cost-effective.”

“We are in the design phase, which includes alternative evaluations. We will also continue to make temporary repairs in the area as needed. This means that this is an active construction zone, and residents should remain alert and prepared for changes in traffic control as we work to keep the road safe and open for the traveling public,” said Schulman.

The head engineer on the Taylor Ridge project is District Engineer, Grant Waldrop.

The History of the Summerville-Rome Road

The Summerville-Rome Road has historically been bad. According to Robert Baker, Chattooga County historian, “From the time it was built until the 1930’s, this road was a gravel and chert road which was constantly eroded by the rains leaving large gullies or ruts.”

According to Baker, wagon wheels would drop into these ruts, sometimes breaking a wheel or axle, and at other times, dropping into a rut so deep that the animals pulling the wagon could not pull the wheel out. 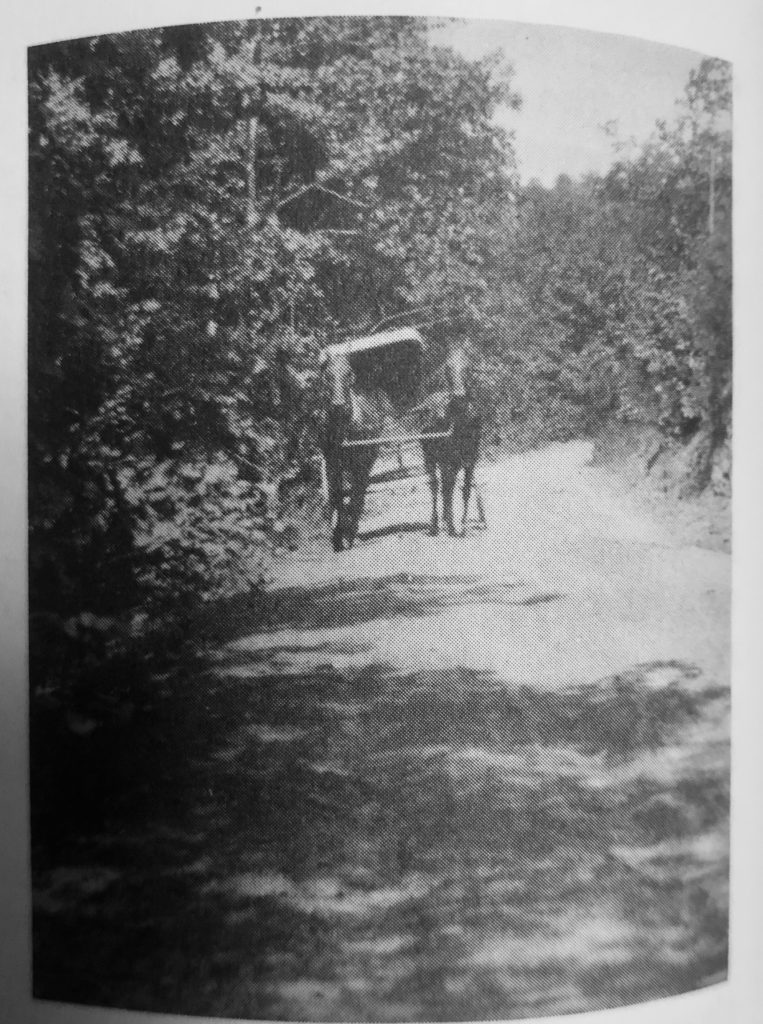 A horse and buggy approaches the crest of the ridge (photo early 1900s published in Chattooga County: The Story of a County and Its People)

Years later, after automobiles came into use, the complaints from the citizens of Dirttown, Gore, and Subligna were constant, citing the inability of the mail man to travel the road in bad weather, and their own inability to travel to Summerville.

It wasn’t until 1933 that the Taylor Ridge portion of Highway 27 was paved. This road served the county well for several years, however as automobiles became bigger and faster, the narrow width and sharp curves of the road made it more hazardous. In 1958 the road was rebuilt and widened with some of the sharp curves eliminated. However, the troubles did not stop there. In fact, according to Baker, “even while the new road was under construction, the roadbed begin to slide.”

“Many tons of of rocks and earth were dumped on the roadbed in an effort to stabilize it. While the problem was improved to some extent, one only has to look today to see that it was never solved. The road continues to slide off the Ridge,” Baker said. 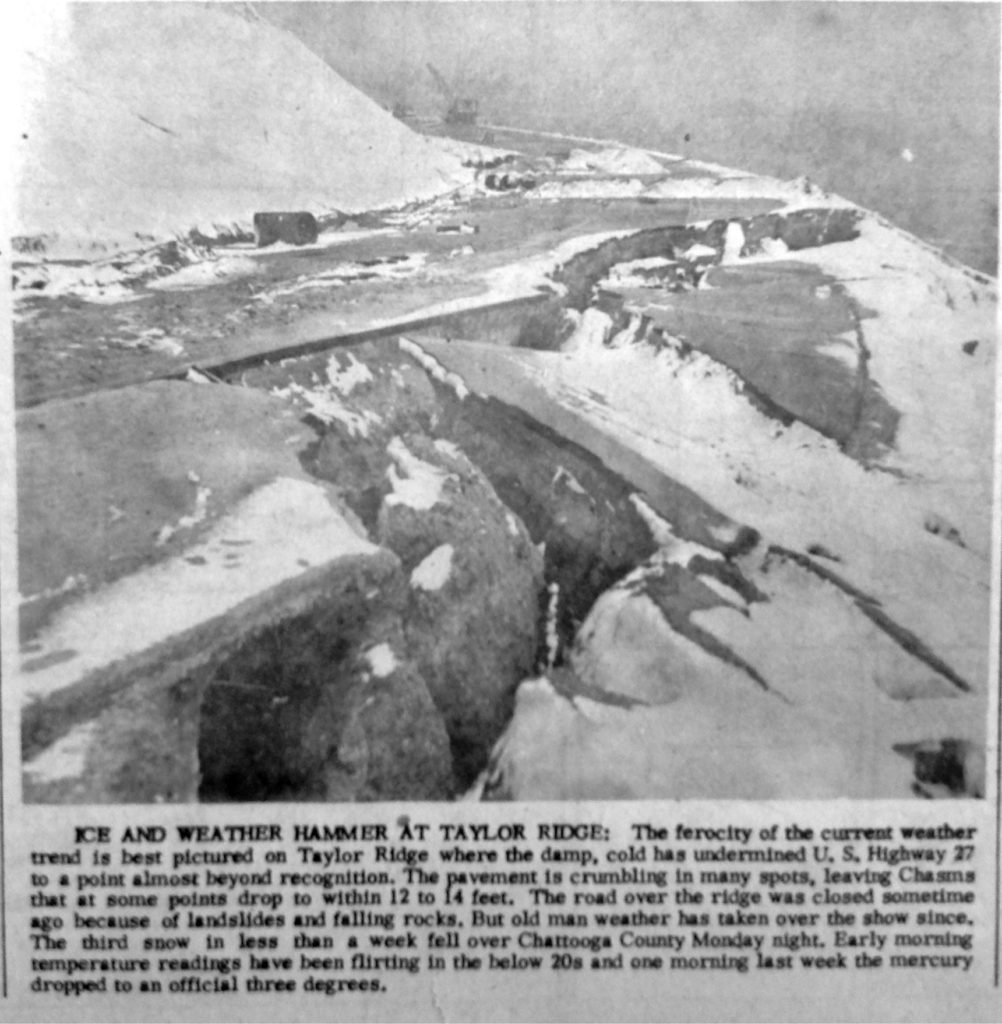 Over 25 years ago, a major upgrade was made to the northern slope of the ridge road when, after massive slippage caused a 14″ dip, the road was reduced to two lanes and a concrete retaining wall was poured in an effort to find a long-lasting solution for the erosion.

Taylor Ridge is the most northwestern ridge in the state of Georgia within the Ridge and Valley physio-graphic region and is approximately 40 miles in length. To the west the ridge is bordered by the Cumberland Plateau region and to the north Taylor Ridge becomes White Oak Mountain at Ringgold Gap although technically part of the same ridge. The western foothills of Taylor Ridge are also the western border of the Chattahoochee National Forest. Taylor Ridge is part of the Armuchee Ridges which also consist of Little Sand Mountain, Dicks Ridge, Johns Ridge, Horn Mountain and Rocky Face. Taylor Ridge runs south to north through Chattooga, Walker, Whitfield, and Catoosa counties including the towns of Summerville, Trion, Lafayette and Ringgold. 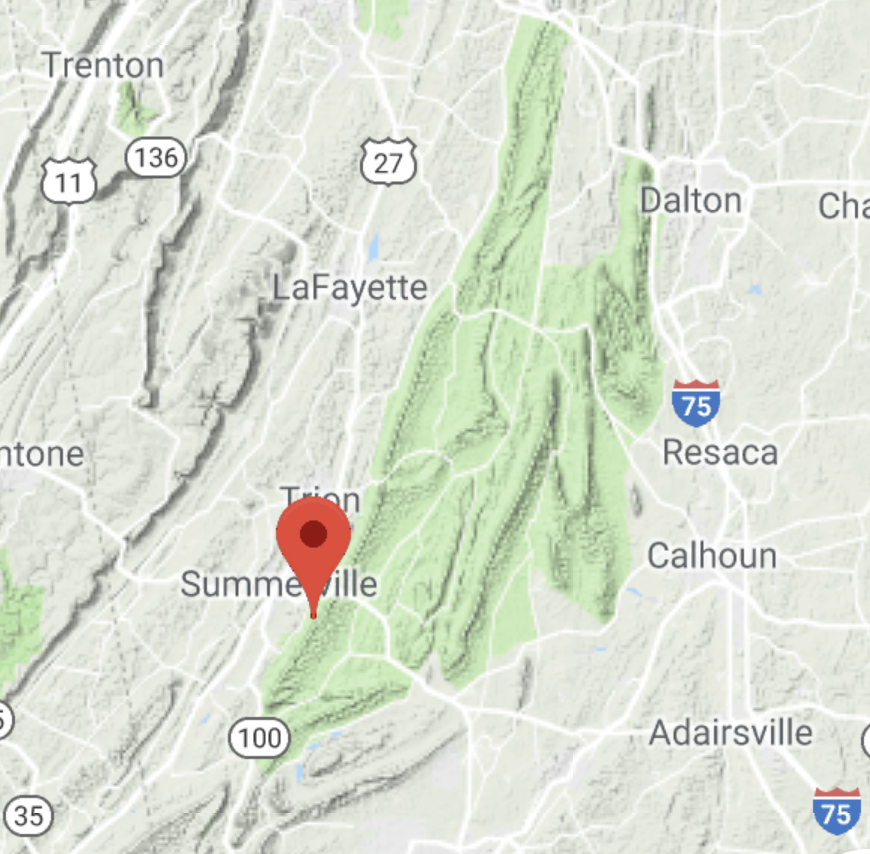 The ridge was named in honor of Richard Taylor, a Cherokee Indian chieftain and was eventually the site of a Civil War skirmish on November 7, 1863.

The ridge and valley area is unique in the fact that either sides of the ridge vary greatly. On Taylor Ridge the western face is sandstone, while the east facing cliffs are hard chert, a noncrystalline quartz