On Wednesday, a 16 year old was charged as an adult after Narcotics agents & the Mentone PD found a large amount of Meth.

The driver of the vehicle, Megan Palmer (18 of Summerville) was also arrested on several charges after leading agents on a chase. 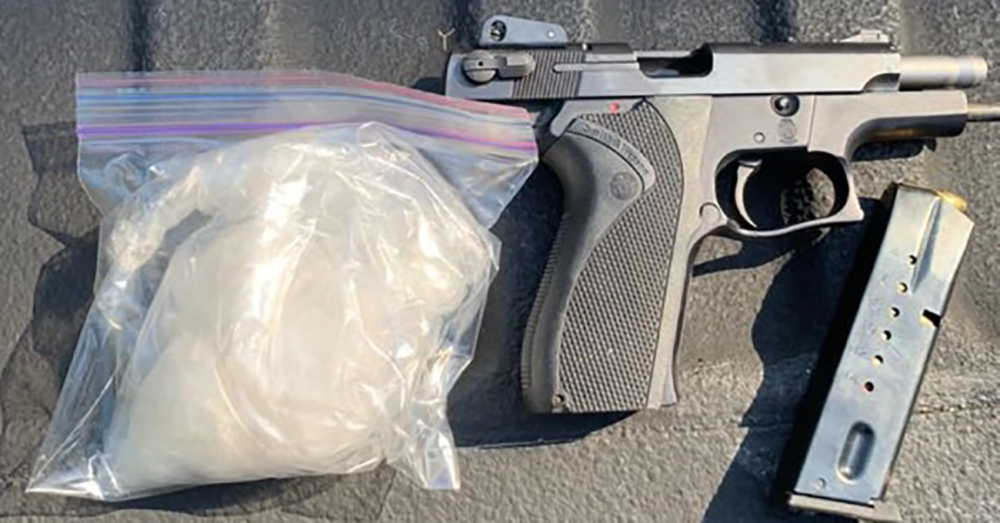 Wednesday, September 4th agents with the DeKalb County Alabama Narcotics and Interdiction Unit arrested a 16-year old for trafficking in methamphetamine after a chase.

Agents along with the Mentone Police Department, were on Alabama Highway 117 near Mentone. While there, officers observed a vehicle that committed multiple traffic infractions.

Agents and officers attempted to conduct a traffic stop. At that time the vehicle fled from officers, resulting in a five minute pursuit.

After detaining the two suspects, agents continued a search of the area, and found a large amount of methamphetamine that was thrown from the vehicle, as well as a Smith & Wesson 9mm handgun. A meth pipe was also found on the passenger.

The driver, Megan Palmer (18 of Summerville, Georgia) was charged with Attempting to Elude, Possession of a Controlled Substance, and Reckless Endangerment.

The passenger, Lanson Smith (16 of Cloudland, Georgia) was charged with Trafficking in Methamphetamine, Possession of a Firearm without a Permit, Tampering with Physical Evidence, and Possession of Drug Paraphernalia.

Both were transported to the DeKalb County Detention Center. Smith will be charged as an adult due to it being a Class A Felony.

DeKalb County Sheriff Nick Welden said of the arrest: “Our Narcotics and Criminal Interdiction Unit did a great job in apprehending these criminals. Quick thinking on their part and on the part of the Mentone Police Department helped resolve this situation before any innocent people were hurt.”

“It’s unfortunate that young lives have to be wasted due to dangerous drugs, but trafficking in this poison will not be tolerated, no matter what the age of the offender. If you want to commit adult crimes, we will be glad to treat you like an adult,” said the Sheriff.

“I’d like to give thanks to the Mentone Police Department for closely working with our guys to apprehend the suspects,” he said.