Trion High School Senior Bronson Champion has decided to continue his leadership and service by enlisting in the U.S. Army. 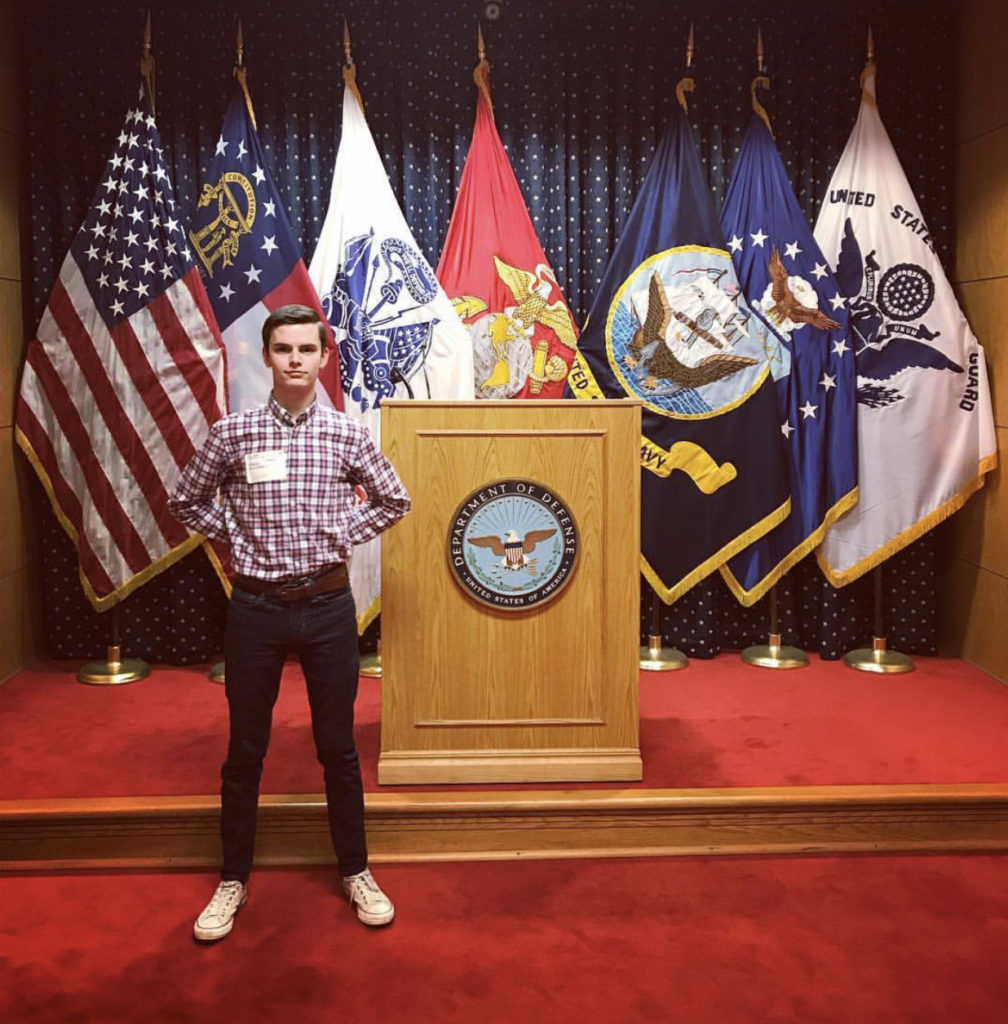 Trion High School Senior Bronson Champion has decided to continue his leadership and service by enlisting in the U.S. Army.

Champion says there were many reasons why he decided to join the Military:  “however, leadership is what truly inspired me to join the military, throughout the past eight years of my life leadership has played a major role into shaping who I am today, and I feel a good leader is someone who always has room to improve on their skills and recognizes this.”

When asked why he selected the Army, he responded, “out of the five different military branches I decided to join the Army to a lot of people’s surprise. However, when I was weighing my options of which branch, I felt was the best for me I did a lot of research. I chose the Army because I felt that it was the only service branch that offered a larger vocational style when it came to learning and career options. Also, the Army is the only branch of service that allows you to pick your job based on your test scores when you sign your contract.”

Champion will be attending Basic Training at Fort Leonard Wood in Missouri, where he will also be attending Advanced Individual Training (AIT) for his Military Occupational Specialty (MOS) as a Chemical, Biological, Radiological, and Nuclear Specialist (74D, CBRN).

“I will leave for Basic Training and AIT on July 29th and will be gone for approximately 5 months,” Champion said.

In preparation for Basic Training and AIT Champion will be attending Physical Training with his recruiters and drills with the Unit where he will be called to duty one weekend every month, and two weeks during the summer.

Upon graduating from AIT Champion plans to attend the University of North Georgia as a Cadet in the Corps of Cadets. “While attending North Georgia I plan to double-major in Biology and Psychology with a focus in Pre-Medical studies; while, also earning a minor in Military Science. After graduating from the University of North Georgia I plan to be a Second Lieutenant in the United States Army serving in the Medical Corps as a recipient of the HPSP (Health Profession Scholarship Program) while attending Medical School. Overall, my main goal is to become a Trauma Surgeon in the United States Army.”

Bronson Champion will Graduate from Trion High School on May 25th as an Honor Graduate.

Throughout his high school career, Champion has had a very extensive background in Leadership experience and training.

GHSA Cross Country 1A Public runner of the week