The Lion King Roars into Summerville

The Lion King Roars into Summerville 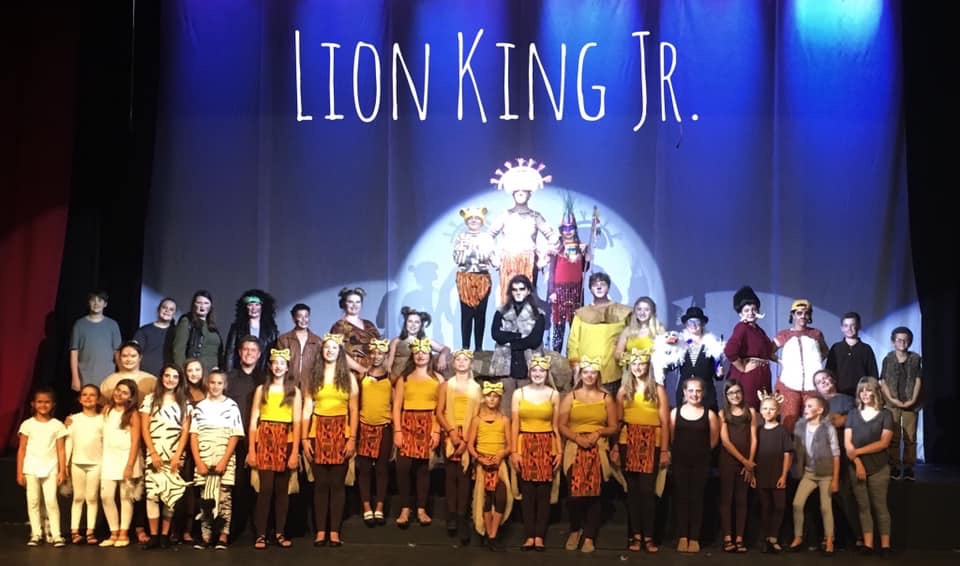 Chattooga County Curtain Call has done it again. Gifting the citizens of the small rural community with a theatrical experience usually found in much larger populations, Director Tina Lee pulled together 51 local youth for summer theatrical camp to prepare them for the massive production. Disney’s The Lion King Jr. features 14 musical numbers including the iconic Elton John hits, Can You Feel The Love Tonight, and Circle of Life and this summer, Lee had her work cut out for her.

Juggling musical numbers for this many of children, spanning from age 4 to 18, teaching them lyrics, dance choreography, blocking and lines, Lee used the experience of eight years of Curtain Call seasons to bring the play to stage. As the eleventh production in their history, Chattooga Curtain Call created a powerful tribute to Mufasa, Simba, and the grassland pride.

In this production, opened by Baylee Neighbors as Rafiki, the animals of the Prideland are called to Pride Rock to celebrate the birth of the prince, Simba. Neighbors brought the magic of the moment to life with her stellar performance of Circle of Life. Her costuming was among the highlights of the night and her acting throughout the show was just as impressive as her vocals. Once young Simba took the stage, the audience knew this show was not going to be a traditional “kid show”. JR Johnson is a home school student who just made a lot more friends. The youngster brought Simba to life with exuberance and excitement and immediately brought the crowd into the world of the Prideland.

Johnson displayed his acting chops with epic moments including a full cast ensemble performance of I Just Can’t Wait To Be King, and the tragedy of the Stampede during which a stunned Simba falls at the staff of his father and is led by his evil uncle, Scar, to believe the death is his fault.
Johnson’s duet with Pippa Key as the tightly wound teacher and advisor, Zazu, was superb and Johnson held his own with Key, who flawlessly combined her puppetry and costuming to create a beautifully believable Zazu.

After fleeing Prideland, Simba meets the dynamic duo of Pumbaa (Anna Willeford), and Timon (Livy Brown), and the stage was blown away by their comedic timing, lovable humor, and pure charm. Brown and Willeford entertained Simba and the crowd with their performance of Hakuna Matara and convinced Simba to leave his past behind.

The show stopper performance of the night came when Rafiki convinces Simba that his father lives on inside of him. Baylee Neighbors acting and vocals during her rendition of He Lives in You was mature beyond her age.

Noah Sullivan stirred the audience as Mufasa called from the heavens to remind Simba (Isaiah Sargent) that he was the true King.

Simba returns to the Prideland to challenge Scar for the throne. Throughout the production Stephen Peppers’ portrayal of Scar added the right amount of sinister darkness. His baritone voice and cynical wit convinced a lovable trio of evil hyenas, Bryana Whitaker, Peyton McHan and Carter Loughridge to create the stampede that brought Scar to power. But when defeated by Simba the hyenas quickly turned on Scar leaving Simba to follow in his father’s footsteps as king of the Pridelands.

There are two final shows Saturday night and Sunday.