In a Stranger turn of events, the iconic “Creel House” can be yours! 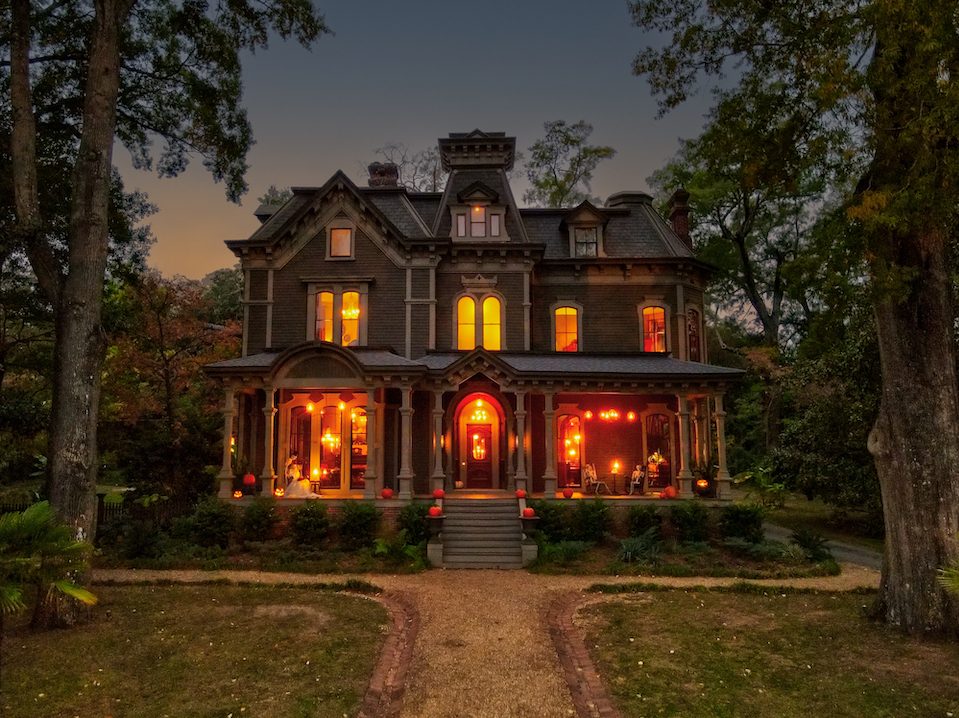 In a Stranger turn of events, the iconic “Creel House” can be yours! Originally constructed circa 1882 by Col. Hamilton Yancey, the current owners have restored the home to its original grandeur [despite a dramatic makeover for Netflix’s “Stranger Things”]. For more than 140 years, the palatial East Rome Historic District residence — with its elaborate Victorian architecture in the Second Empire style and signature mansard roof — has welcomed passersby into nearby Downtown Rome, Georgia.

Through an inlaid wood outdoor foyer, entering the home is an unforgettable experience. You will recognize much of what has been prominently featured in Stranger Things’ fourth season, including: the majestic formal dining room where telekinesis is no longer practiced during meals; an adjoining parlor, perfect for playing Dungeons and Dragons; and a living room ideal for hosting meetings of the Hellfire Club.

Many original details remain: intricate handcrafted built-in bookshelves, cabinetry, large and layered moldings, a custom buffet, and more. Among some of the home’s other interesting original features are an antique wall safe and the most beautiful [and quite possibly only] cast iron urinal you’ll ever see.

The renovated kitchen is stunning — a chef’s dream with all new appliances, custom cabinetry and an imposing 15-foot island draped in black marble. A large walk-in kitchen pantry delivers an unexpected amount of well-integrated storage. An adjoining butler’s pantry that connects the kitchen to the dining room features a beautiful wet bar, ice maker, and ample cabinetry.

The layout of the main house now includes five or six grand bedrooms and five stunning bathrooms (a sixth bathroom is roughed in). Because of its unique, flexible layout, the next caretakers of this magnificent showplace have the option to easily establish an owner’s suite on the main floor and/or the second floor.

The “attic” is more accurately described as an unfinished third floor. With its own staircase, it is easily expandable should additional suites be desired for the home’s next chapter. A dedicated electrical panel would support the expansion. Not to worry, the previous resident of the third floor has since been relocated by a single exterminator — we think.

A delightful guest house in the gothic style is located behind the main home, offering a sitting room, two or three bedrooms, a kitchen and a beautifully-renovated bathroom. This separate, accessory dwelling unit could easily be used as a caretaker’s home, in-law suite and/or Airbnb rental.

At one time, the estate was converted into a popular bed and breakfast that ran successfully for many years. The main residence already has a fire escape and a fully-operational sprinkler system should the owner decide to use the house for commercial purposes. Within the last two years, the roof, all plumbing, and all electrical has been replaced.

A large one-acre lot surrounds the stately residence. Mature landscaping lines much of the private property with opportunities to further personalize surroundings with anything from a saltwater pool to a bocce ball court. But don’t be surprised if you find some residual demogorgons skulking about the property. In the event that things get too strange and even go awry, a funeral home is located nearby.

Fun Fact: The home is located less than five miles from the Ford Buildings at Berry College, which provided the backdrop for the series’ “Pennhurst Mental Hospital.”

Lightyears away from the Upside Down, the home, with its splendor and grand modernization, awaits her next stewards. An unparalleled provenance and pop culture pedigree translate to a one-of-a-kind opportunity that won’t last long. Time is of the essence. So if you’re thinking about running up that hill to make the deal to become the next owners of this magnificent dwelling, don’t let the grandfather clock chime even once.