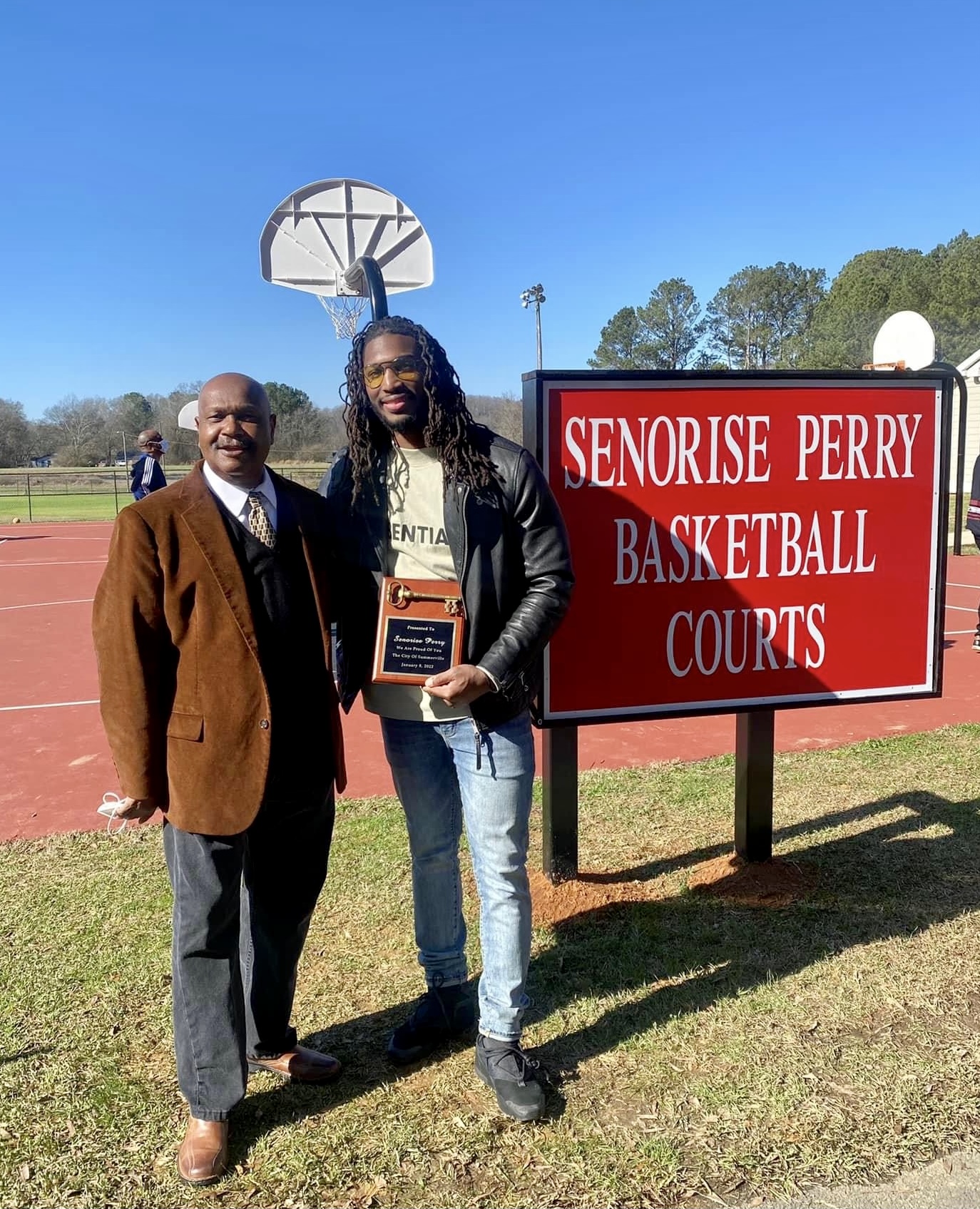 “This means a lot,” Perry told the crowd gathered for the dedication after the sign was uncovered that reads Senorise Perry Basketball Courts. “For a small town kid like me personally, I’m truly grateful.”

”I will never forget where home is,” Perry said. 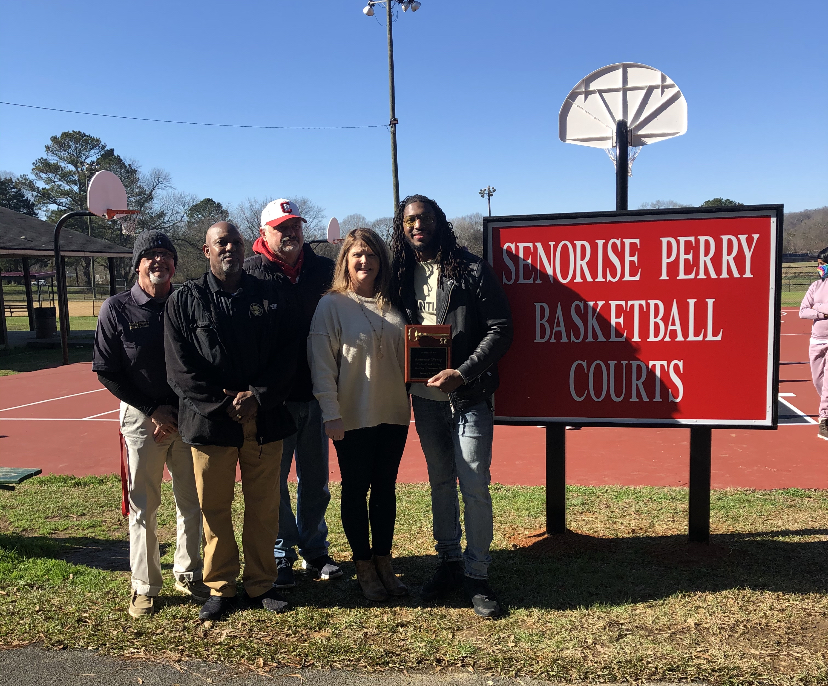 As a Summerville Rec league player and throughout his career at Chattooga County Schools, Perry was a multi-sport standout athlete.

PRO: The Titans signed Senorise Perry during the 2020 offseason to add depth and special teams experience to the running back rotation. The former University of Louisville product has made his mark in the NFL on special teams coverage units and as a kickoff returner. The 6-foot, 210-pounder entered the NFL as a rookie free agent with the Chicago Bears in 2014. Perry has also spent time with the Miami Dolphins (2016-18) and the Buffalo Bills (2019). 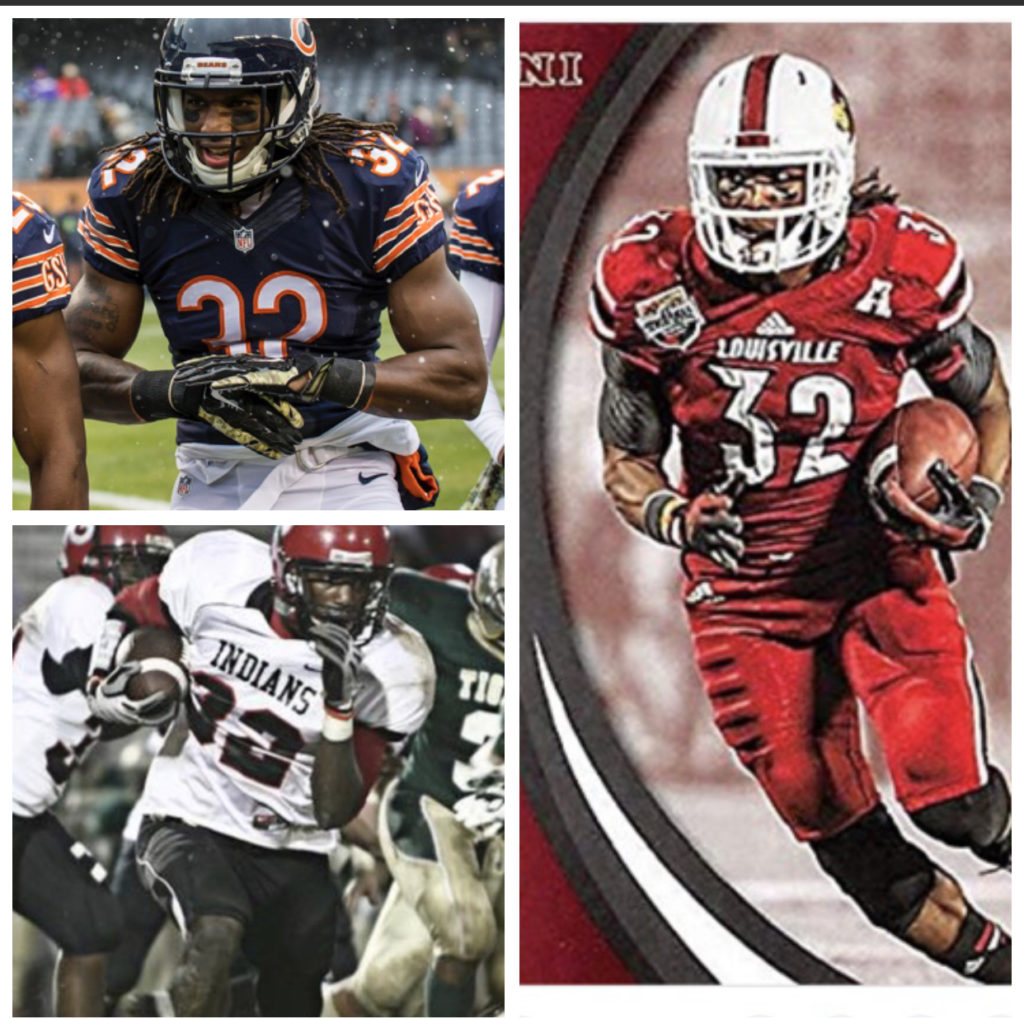 • Perry wasn’t among the rookie free agents signed in the days following the 2014 NFL Draft. He hit the tryout circuit and hoped to make an impression. Perry was one of two players signed by the Chicago Bears after a May tryout. He excelled on special teams in the preseason games and sealed his 53-man roster spot as an undrafted free agent.
• Perry excelled in track and field as a high school senior, winning the Georgia state titles in the 100 meters and long jump.
• Perry’s hobbies include photography and he has a desire to learn how to deep sea fish.
• The best advice Perry has received came from his mother. She said, “always believe in yourself and trust in the man above.”

PERSONAL:
• Attended Chattooga (Summerville, Ga.) High School where he played running back and linebacker.
• As a senior (2009), posted 918 rushing yards and 216 receiving yards with 12 offensive touchdowns and six return scores. Named All-state as a return specialist and All-area on defense.
• Also participated in track and field, winning state titles in the 100 meters and long jump.
• Has a son and a daughter.
• First name is pronounced suh-nah-riss.
• Follow Perry on Twitter @SenoriseP.
• Born Senorise Perry on Sept. 19, 1991 in Summerville, Ga.

2.4 pounds of meth off the streets
Habitat for Humanity accepting applications for homeownership
Posting....