Judge Graham sentenced William Chase after the trial in total to twenty-five years, with the first fifteen years to be served in the Georgia Department of Corrections without the possibility of parole 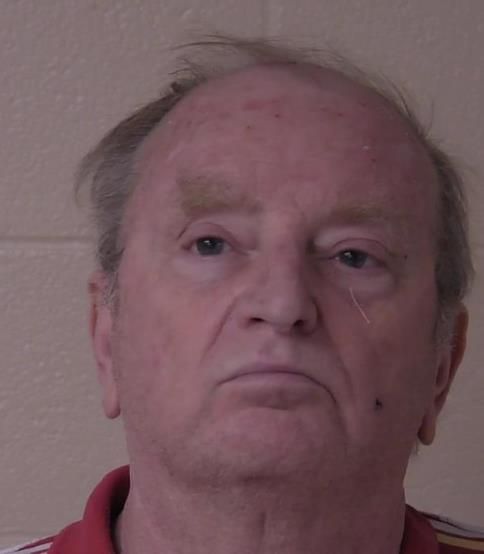 On Wednesday November 16, 2022, William Chase, a 62-year-old man from Walker County was convicted by a Walker County jury of Forgery in the First Degree, Illegal Acts Regarding Election Documents, Unlawful Acts Regarding Elector’s Vote, Repeat Voting in Same Election. The trial began Monday, November 14th and concluded with a guilty verdict on November 16th in front of the Honorable Chief Judge Kristina Graham.
The evidence presented at trial showed that a Walker County resident’s absentee ballot for the January 2021 runoff election was sent by mistake to an old address, a PO Box in La Fayette, Georgia. When the resident’s ballot never arrived but her husbands did, the resident called the Elections Office in Walker County to inquire about her ballot. The Elections Office discovered that they had already accepted, but had not yet counted, an absentee ballot for the resident, and the ballot appeared to have resident’s signature on the Oath of Elector section. The resident went to the Elections Office to view the ballot with the signature on it and immediately noticed it was NOT her signature. The Elections Office immediately cancelled the forged ballot and had a new ballot sent to the resident’s current address.

The Elections Office secured the suspect ballot and contacted the Secretary of State Office to request an investigator be assigned to the case. Investigator Paul Cain was assigned and began his investigation by obtaining the post office’s ownership records for the PO Box the absentee ballot was sent to. The records revealed that the current owner of the PO Box was the Defendant, William Clifford Chase. Mr. Chase himself had already submitted his own ballot for the January 2021 runoff election. Inv. Cain asked the Defendant for a statement and the Defendant claimed no one but he had access to the PO Box. Inv. Cain then transported the sealed suspect ballot to the GBI crime lab for fingerprint analysis. The absentee ballot had to be opened and the entire Ballot composed three parts; 1) the exterior envelope where the signature was located, 2) an inner security envelope, 3) the ballot containing the candidate selection. A GBI fingerprint expert found a suitable latent print on the ballot containing the candidate selection and compared it to the known fingerprints of William Chase. It was a match.

It took the jury less than an hour of deliberations to come to the conclusion that William Chase had signed and delivered the forged absentee ballot, signed the Oath of Elector as the resident, marked the ballot for the resident without the authority to do so, and voted twice in the same election. William Chase is no stranger to fraud and forgery as he has several felony convictions including: Bankruptcy Fraud, Theft by Shoplifting, Forgery in the First Degree, Stealing Public Documents, Financial Identity Fraud, and Impersonating an Officer.

Judge Graham sentenced William Chase after the trial in total to twenty-five years, with the first fifteen years to be served in the Georgia Department of Corrections without the possibility of parole. The State of Georgia was represented by Assistant District Attorney Winston Franklin.
District Attorney Arnt praised the in depth investigation conducted by Secretary of State Raffsenburger’s office and the efforts of ADA Winston Franklin in putting together and presenting a compelling case to the jury. “This defendant sought to disenfranchise a Walker County citizen. Thankfully Mr. Chases ’voter fraud was caught and we had sufficient evidence to successfully prosecute him. This prosecution, along with the stiff prison sentence will hopefully send a clear message that we do not tolerate voter fraud in the Lookout Mountain Judicial Circuit.”