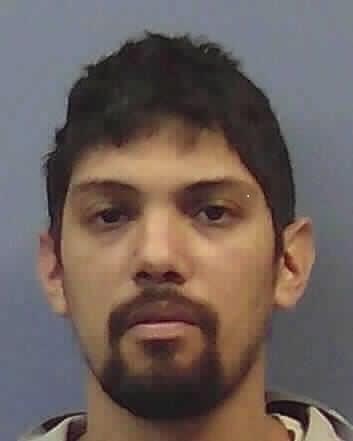 August 25, 2021, Chattooga County, GA – On August 11, 2021, Andy Roque Espinosa 30, pleaded guilty to murdering 15-year-old Zachary Meija of Lyerly, Georgia. After a sentencing hearing, Judge Kristina Cook Graham sentenced Espinosa to serve the remainder of his natural life in the Department of Corrections without the possibility of parole.

Espinosa went to his girlfriend’s residence in Lyerly, Georgia on December 9, 2020, where he sometimes lived. Upon entering the home, Espinosa lay in wait until his girlfriend’s son Zachary returned home from school. Espinosa then stabbed Zachary multiple times with a knife, killing him. Just prior to the murder Espinosa had asked in an online forum “What does if feel like to kill someone?” At the time of the murder, another minor child was in the residence. The evening prior to the incident, Zachary Mejia had defended his mother and the other child during an argument between Espinosa and Zachary’s mother.

During the sentencing hearing, Espinosa made a statement where he blamed his actions on his “tough” life and on the victim. Arnt blasted Espinosa’s excuses and described this murder as a “heartless act of evil.”

Zachary’s family and friends presented close to two hours of moving victim impact testimony; describing the type of young man that Zachary was and the loss they have experienced with his absence. Zachary Mejia would have turned 16 on December 22, 2020, 13 days after he was killed.

“It was remarkable to see what an impact that Zachary had on others in his young life,” said Arnt. “While there is little solace in a case like this, the defendant will never be free to harm anyone else again.” Following the hearing, the Mejia family gathered together in prayer.

The brave and courageous actions of Chattooga County Deputy Derek Mitchell and Deputy Alan Garmany, who rendered aid and secured the scene for Chattooga Sheriff Mark Schrader, should be acknowledged. Chattooga County Sheriff’s Office Investigators Jason Burrage and Chad Spraggins, assisted by Agent Steve Rogers of the Georgia Bureau of Investigation, led the investigation and assisted with the prosecution of the case. The case was prosecuted by ADA Clayton Fuller and District Attorney Chris Arnt. Victim advocate Cara Parris worked with Zachary’s family during the course of the case.
###