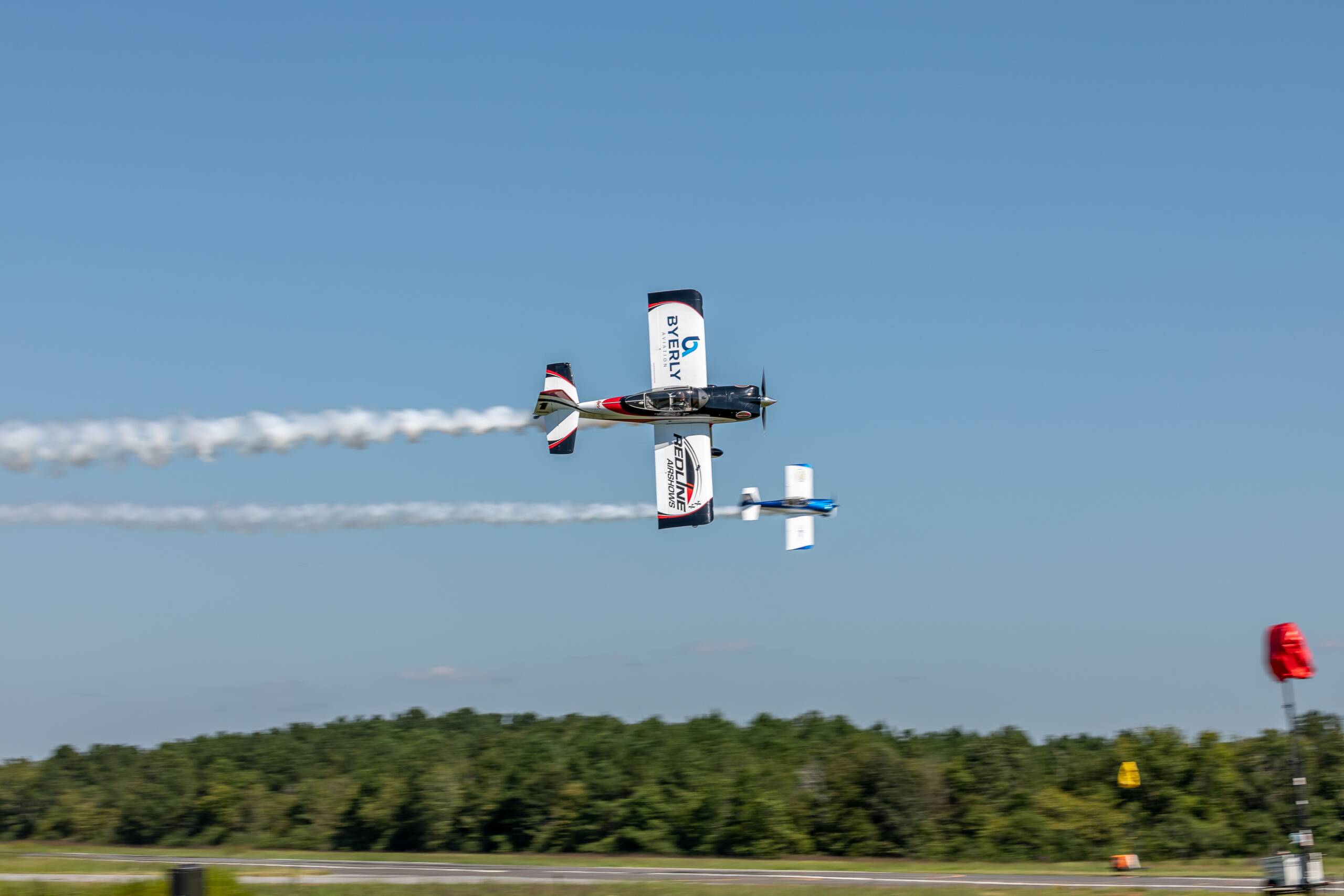 ROME, GA (AUGUST 2022) – Air shows are not new; aerial racing is not new, either. But the two will come together in the same venue for the first time at the Wings Over North Georgia Air Show(WONG) on Oct. 15-16 in Rome, GA.

WONG 2022 will feature the usual military and civilian air show acts at the Russell Regional Airport in Rome in addition to the launch of the inaugural AirShow Racing Series (ARS) event.

The ARS is one of the newest innovations in the air show industry. It has been sanctioned by the Federal Aviation Administration after more than four years of vetting, certification, and recertification.

Ticket holders will have the rare opportunity to witness the launch of the racing series as WONG hosts the first-time event in front of an air show audience.

Competitors will use two 500’ wide racing lanes marked with 10 inflatable pylons spaced approximately 600 feet apart for the dual, slalom-style competition. The course is a three-dimensional track for multiple heats of match-racing competition.

The winners of each heat will advance to the next round of competition with a final champion awarded at the end of the air show day.

Competitors in the first-of-its-kind ARS event include:

The ARS was conceived by John Cowman, President of JLC AirShow Management, who has produced WONG and other air show events for more than 10 years with his team of retired veterans, advisors, and aviation enthusiasts.

In addition to the ARS, WONG 2022 will showcase both military and civilian performances.

Maj. Haden “Gator” Fulham, a native of Rising Fawn, GA, and his team of 10-member crew will present the A-10 Thunderbolt II Demonstration. Based at Davis-Monthan Air Force Base in Arizona, the Thunderbolt demo is one of the most unique and powerful in the air show industry.  The versatile aircraft is capable of rapid roll rates, low- and high-speed maneuverability, and short takeoffs and landings. These attributes make it an invaluable asset during combat missions.  The jet is designed for close-air support (CAS) of friendly ground troops, attacking armored vehicles and tanks, and providing quick-action support against enemy ground forces. It entered service in 1976 and is the only production-built aircraft to serve the U.S. Air Force designed solely for CAS.

The civilian QYON Aerosports Demonstration Teamalso will make a first-time appearance during the 10th anniversary WONG show. Led by pilot Scott Farnsworth, the team of two Marchetti S-211 jets including veteran pilot Jive Kerby will showcase the features of this military training aircraft. The Pratt & Whitney turbofan engine produces 2,500 pounds of thrust, a top speed of 414 knots, and a climb rate of 4,199 feet per minute. The jet has two cabins with identical cockpits in a tandem configuration. Only 60 of these aircraft were produced for use by the Republic of Singapore Air Force, Philippine Air Force, and Haitian Air Force.

A variety of ticket options will be offered for WONG 2022. Aviation enthusiasts can purchase advance-only premium patio club, box seating, and general admission tickets for traditional seating options. There also will be vehicle access to a drive-in, tailgate-style parking section with a limited number of premium front-row and second-row air show viewing locations. There are ticket options for every preference for seating.

Tickets for the Air Show are available at https://www.wingsovernorthgeorgia.com/guest-information/ticket-options. Tickets must be purchased online and in advance as no tickets will be sold on the day of the air show performances. For additional show information, follow the air show’s Facebook page or visit the Wings Over North Georgia website at  https://www.WingsOverNorthGeorgia.com.