SE Georgia Recap: Camden loses at powerful Colquitt County in one of many area games 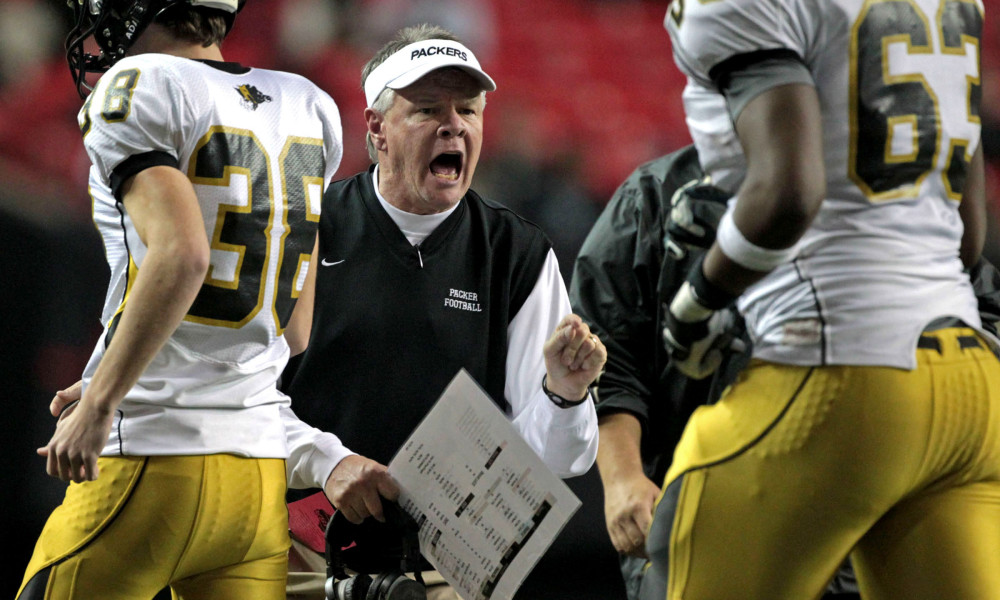 The Camden County Wildcats suffered at 38-9 loss Friday night in their Region 1-7A opener at Colquitt County.

The loss dropped the Wildcats to 6-2 overall while the Packers improved to 8-0 with the win.

Colquitt is ranked No. 1 in the state and is also rated in several of the national polls. The Packers played for the state championship last season, but lost to North Gwinnett on a field goal at the final horn.

Friday’s game was only 21-9 until the Packers scored the game’s final 17 points in the final nine minutes.

The late rush started with a field goal. Colquitt would then score after a stop deep in Camden territory in the final 1:33 of the game. The Packers ended the scoring with a fumble return for a touchdown in the closing moments.

Camden scored first early in the game on a 33-yard field goal by Burke Nettles. The Wildcats actually had to punt on their opening series, but the Packers fumbled the punt and Camden recovered to regain possession.

The Wildcats drove to the Colquitt 1-yard line before stalling out and losing yards, forcing the field-goal try.

The Packers marched 80 yards for a touchdown the first time they had the ball and would add another score in the opening period for a 14-3 lead.

They extended their advantage to 21-3 with their third TD at the 7:19 mark of the second quarter.

Camden’s defense scored the only touchdown in the game for the Wildcats in the final three minutes of the opening half when Desmond Fogle forced a fumble that was scooped up by Tristan Berryhill who returned it three yards for the touchdown that made it a 21-9 game at the break.

Camden will play at Lowndes next week while the Packers face off with Tift County.

The Wildcats entered the week ranked No. 2 in the AllOnGeorgia Southeast Georgia High School Football Power Rankings which are released each Monday.

In other games around Southeast Georgia on Friday night, the results were as follows:

Senior running back John Jones made the Region 2-3A game his own personal highlight reel as he led the Bears to another win with a performance that included 274 rushing yards and three touchdowns.

The 22 points allowed by the Bears were more than they had allowed all season in their first seven games combined as they had only given up 21 points while posting five shutouts.

The Bears actually trailed twice in the game, 8-7 in the first quarter and then again 15-14 late in the second. Both times, though, Pierce quickly answered with touchdowns after falling behind.

Jones dashed 64 yards in the first quarter for a TD to put Pierce back up 14-8.

In the second stanza, Jermaine Brewton hit Dee Bethea for a 12-yard TD pass and then hooked up with Johnny Waters from 13 yards out to give the Bears a 28-15 lead at the halftime break.

Bethea scored Pierce’s first touchdown of the game on an 8-yard jaunt late in the opening period.

In the second half, the Bears came out burning the rubber as team statistician Jimmy Singleton described it in his postgame summary.

In the third quarter, Pierce got a 31-yard TD pass from Brewton to Parker Peagler.

Tatnall did also score in the quarter on a ball-controlling drive to pull within 35-22 going to the final quarter.

That’s when Jones took matters into his own hands as he scored touchdowns on runs of 12 and 74 yards to close out his huge game. Jones would have had another touchdown of 63 yards in the game, but it was negated by a penalty.

Brewton finished the game with his top passing night of the season as he threw for 254 yards. He was 14-of-19 with three touchdowns while also throwing an interception.

The Bears will now gear up for their game next Friday at Appling County which could ultimately decide the region title as both teams are perfect thus far in region action.

Friday night, the Bears were celebrating Homecoming. Madison Puryear was named the 2018 queen at halftime.

Pierce will close the regular season at home against defending league champion Liberty County after facing Appling next week.

Pierce was ranked No. 3 in the AOG power poll coming into the week.

The Gators won big in Gutyon over the struggling Mustangs in the Region 3-5A meeting.

Ware finished with 311 total yards to 310 by South Effingham, but the Mustangs lost three turnovers in the game.

The Gators (6-2 overall, 2-0 region) got a touchdown run and also a TD pass from freshman signal-caller Thomas Castellanous before halftime. He sat out the second half with a sprained ankle.

His brother, Ladedric Castellanous, scored a rushing touchdown for the Gators and also returned a fumble for a score.

Brandon Mills also scored for Ware. He ran for 127 yards on just six carries in the win.

Larry Scott’s 8-yard TD run in the third period was the only score of the night for South Effingham (2-7, 0-3).

Ware is ranked No. 4 in our power rankings. The Gators will host New Hampstead next week before going to Jesup to take on unbeaten Wayne County in a game that will determine the region champion a second straight season.

The Indians won on the road Friday in Region 2-A.

Rich McWhorter’s bunch improved to 6-2 on the year and 4-1 in league games.

Neither team scored in the first quarter, and Charlton’s second-quarter score gave the Indians a 7-0 lead at halftime.

Telfair would tie the game four minutes into the third period, but the Indians responded with a 66-yard scoring drive to regain a 14-7 lead.

Telfair missed a field goal try early in the final quarter, and Charlton essentially put away the game with a quick 80-yard touchdown drive to make it a two-score game with 10 minutes left in the game.

Charlton will now prepare for next week’s huge home game with Clinch County. Both teams are 4-1 in league play and are tied for second in the region standings behind unbeaten and top-ranked Irwin County.

The Indians are currently ranked No. 4 in our power rankings.

Coming off their shocking 34-0 loss on Monday night at Appling County, the Panthers blitzed struggling Long at home in their Region 2-3A contest in Hinesville.

Liberty, which began the week ranked No. 7 in the power poll, will host Brantley County next week.

The Wildcats won the Cat Fight on their home field as they never trailed in the game, though Bradwell battled until the end.

Jamal Polite literally carried Richmond Hill to the key Region 3-6A win as he finished with 242 yards rushing and two touchdowns on a whopping 38 carries.

Polite scored his first TD late in the first period to put his team up 7-0 following the extra-point kick.

Bradwell scored on its next possession on a 1-yard run by senior running back and South Carolina commit Kevin Harris, but the Tigers missed the PAT.

Polite found paydirt a second time at the end of the third period to give the Wildcats a 17-6 cushion which went to 20-6 on a 37-yard field goal by Anthony Salazar early in the fourth quarter.

Salazar gave the Wildcats some breathing room with his third field goal of the game for a 23-13 lead before the Tigers scored again to make it a 23-19 game, but that ended up being the final tally.

Richmond Hill is off next week before finishing the season against Effingham at home. Bradwell will welcome Brunswick to Olvey Field for a key region get-together next Friday and will then host Glynn Academy in the season finale on Nov. 2.

Richmond Hill is ninth in the power rankings.

The Pirates had no trouble in this one after a short week of preparation following their win Monday night at home in Baxley over Liberty County.

The Herons will visit Liberty County next week while Appling will be at home for the key region matchup with Pierce which is unbeaten on the season.

MCA will still be trying to crack the win column next week after falling at home to the Tigers in a Region 3-A game.

The Buccaneers are now 0-8 for the season, their first under new head coach Tony Glazer who was previously the defensive coordinator for Liberty County.

The Tigers are now 6-2 overall which includes a 3-1 league record.

The Bucs will try again next week against Portal.

Column: Glynn-Brunswick game brings back memories of days gone by
Glynn wins fifth in a row over rival Pirates, 17-12
Posting....