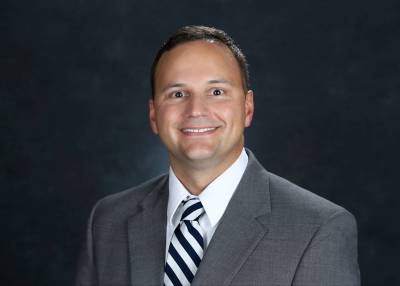 Georgia Southern University has hired Mississippi State University’s Jared Benko as Eagle Nation’s new director of athletics. Benko will report directly to the University president, serve as a member of the President’s Cabinet and oversee 17 NCAA Division I varsity athletics programs, 15 of which compete in the Sun Belt Conference. Benko will officially start on April 1.

Benko has more than a decade of progressive and respected leadership experience in the Southeastern Conference (SEC). For the past four years, he has served as the deputy director of athletics/chief financial officer at Mississippi State University assisting the director of athletics with strategic planning, personnel decisions, marketing and public relations initiatives while also supervising the day-to-day operations of the athletic department and serving as the sport administrator for the football program.

“This was a highly sought-after position attracting over 100 candidates from across the nation,” said Georgia Southern University President Kyle Marrero. “The expressed enthusiasm for and reputation of Georgia Southern validated the success we have had, and the potential in our future. Jared stood out in everyone’s mind. The committee and I are confident he is the right person to capitalize on our momentum and lead Eagle Nation to even greater heights.”

“I am humbled and honored to serve the Georgia Southern University family,” Benko said. “The passion and pride of Eagle Nation is unmatched, and I am excited and deeply committed to bringing a hard-working and innovative culture to our coaches, staff and student-athletes. Thank you to President Marrero and the search committee for entrusting me with this critical leadership position. Georgia Southern’s best days are ahead and my family and I look forward to joining the Statesboro community.”

Athletic Foundation Board co-chairs Anthony Tippins and Leonard Bevill led the search to hire Benko, with help from a 22-person search committee that included student-athletes, supporters and University employees. In total, the search included about 100 candidates, which included 67 diverse/minority candidates and 39 women. Search co-chairs met with 22 candidates (eight of whom are from a minority group). Eight finalists were vetted this week in Atlanta. Executive search firm DHR International assisted with the search.

“We are beyond excited to welcome Jared Benko to Eagle Nation as our new director of athletics,” Bevill said. “I was impressed by the amount of interest in this position and know our department is in good hands with Jared taking the reins. This process was extensive and demonstrated great collaboration between numerous individuals, and across the University and southeast Georgia. I want to thank everyone involved in this search for their valuable time and know they helped us make a great decision.”

“After all of our interviews and conversations, we felt Jared Benko was the best candidate that allowed us to continue our upward trajectory in the Sun Belt Conference and nationally,” Tippins said. “I look forward to seeing what Jared will do with Georgia Southern Athletics. All of Eagle Nation should be excited to welcome Jared and his family to Statesboro. The time and dedication put into this search by everyone involved are appreciated greatly.”

The public and the University community are invited to a reception with Benko from 4:30-6 p.m. Monday, March 9 in the Bishop Alumni Center.

Benko, from Watkinsville, Georgia, earned a pair of degrees from The University of Georgia, first a bachelor’s degree in sports studies in 2005 and then a master’s in public administration in 2007. He started in the athletic business field as an intern at Georgia from 2007 to 2008. He also spent seven years in sports communications at UGA, including five years as a student and two years as a graduate assistant, while assisting with the Atlanta Falcons and Atlanta Braves.

Benko and his wife, Sarah, have two sons, Hudson and Cooper.

Tormenta 2020 USL League One Season Postponed due to COVID-19
A Letter to Tormenta Nation
Posting....