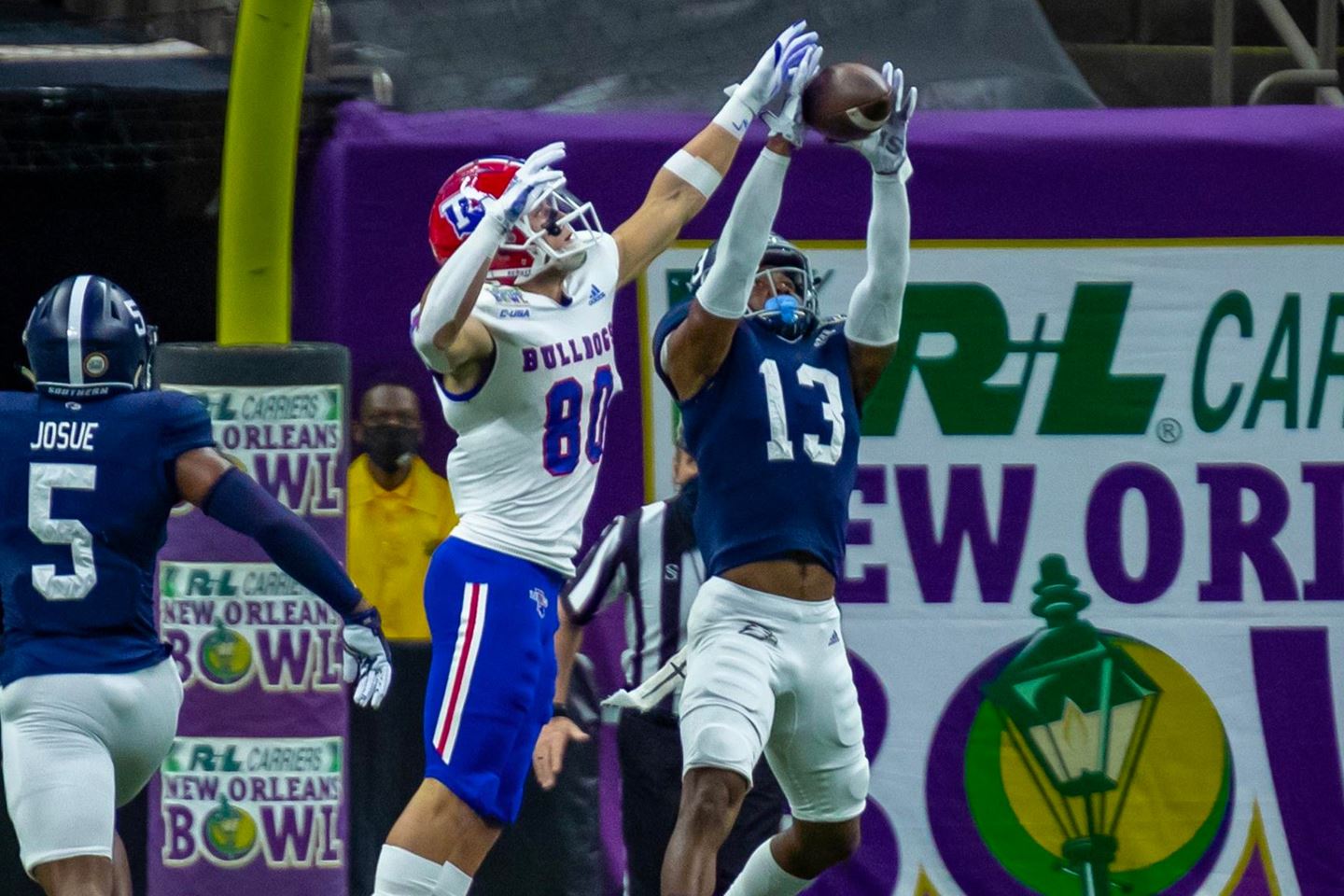 Georgia Southern says five eagle football players have been voted to the Preseason All-Sun Belt squad. The announcement was released Tuesday afternoon by the conference. The team was voted on by coaches and selected media who cover the league.

Derrick Canteen, who was a freshman All-American last year after tying for the national lead with six interceptions, was the lone first-team member for the Eagles. He has been a unanimous first-team selection in the preseason magazines released thus far. Two members of the Eagle offense – running back J.D. King and lineman Aaron Dowdell – both made the second team while punter Anthony Beck II and return specialist Khaleb Hood both made the second team.

As a team, Georgia Southern was picked fourth in the East Division. The Eagles are slated to open their season on Sept. 4 at home against Gardner-Webb.