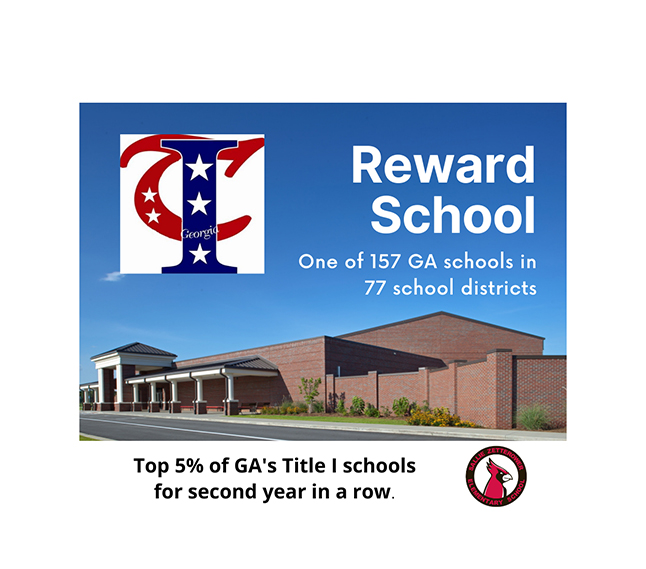 Sallie Zetterower Elementary School is a state reward school for the second year in a row, and is one of the most-improved Title I schools in Georgia.

The Georgia Department of Education announced in July that 157 schools in 77 school districts were identified as Reward Schools.

Reward Schools are the top five percent of Title I schools in the state who make the most progress toward improving the academic performance of all students based on the most recent two years of statewide assessments.

“While we are focused on ensuring all schools have the support and resources they need to continuously improve, it is incredibly important that we also recognize and celebrate when schools are doing well,” State School Superintendent Richard Woods said. “I wish to congratulate the staff and students of this year’s Reward Schools – during a time of challenges, they have worked hard and they have succeeded.”

The school serves approximately 700 students in Statesboro, with a faculty and staff team of 102 employees led by Marlin Baker, principal. The school also received the Reward designation in 2020, due to its significant improvement on the College & Career Readiness Performance Index (CCRPI) score from 67.9 in 2018 to 85.0 in 2019, which was the highest score of the district’s nine elementary schools and the highest of its15 schools that year.