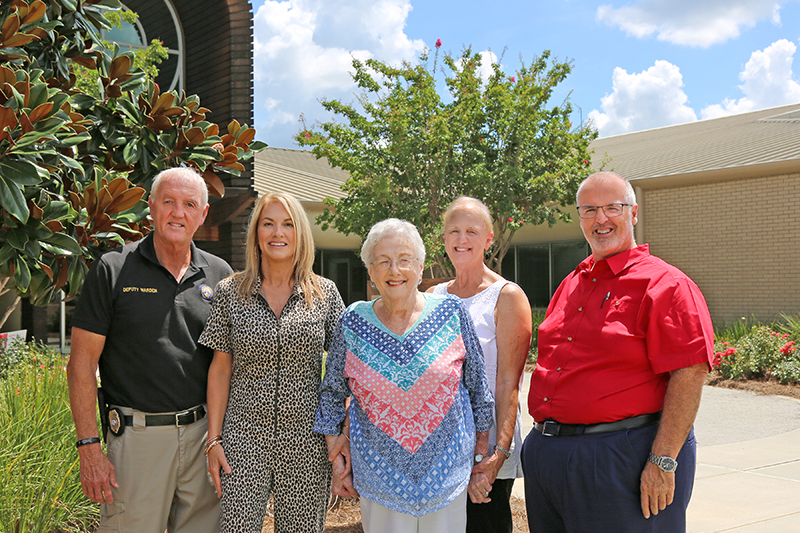 This self-perpetuating scholarship endowment of $25,000 will be used to assist deserving OTC students who have a heart for community outreach and service.

“We are forever grateful to the Kennedy family for their ongoing support of Ogeechee Technical College,” said OTC president Lori Durden. “Joe Kennedy’s belief in technical education inspired him to champion the creation of Ogeechee Technical Institute in 1986, and here we are decades later living out his vision for educating our workforce.”

“It is an honor for our family to establish the Joseph E. and Lalah Kennedy Endowment at Ogeechee Technical College,” said Adam Kennedy. “My mom and dad were always a team in everything they did and it is important to us that they both be recognized for their contributions to southeast Georgia as well as the entire state.”

“The creation of Ogeechee Tech was without a doubt one of my dad’s greatest accomplishments while serving in the Georgia General Assembly,” continued Kennedy. “He always though it was important to work to improve the lives of those in the 4th Senatorial District, and what better way than providing the opportunity to receive an outstanding technical education.”

Joseph E. Kennedy, a Claxton, Georgia native, is a graduate of Claxton High School and Georgia Military College. He served as a Captain in the Korean Conflict where he earned a Bronze Star. Kennedy later served in the Georgia State Senate from 1967 until 1991. During this time, he served as President Pro-Tem for eight years, and was honored for statewide leadership. His dedication to education and the people of south Georgia guided him in his goal to create educational opportunities for all. OTC’s oldest existing building was named after him in June of 2004.

Lalah Kennedy is a native of Reidsville, Georgia and a graduate of the Georgia State College for Women, now Georgia College, and the University of Georgia. She was a lifelong teacher, teaching in the Dougherty and Evans County School Systems and was also a local business owner.

Michelle Davis, VP for College Advancement, worked very closely with the Kennedy family to establish the endowment for OTC students.

“The Kennedy’s clearly had a passion for education. This endowment is a fitting legacy to Joe and Lalah Kennedy and will leave a lasting impact on our students for generations to come,” said Davis.