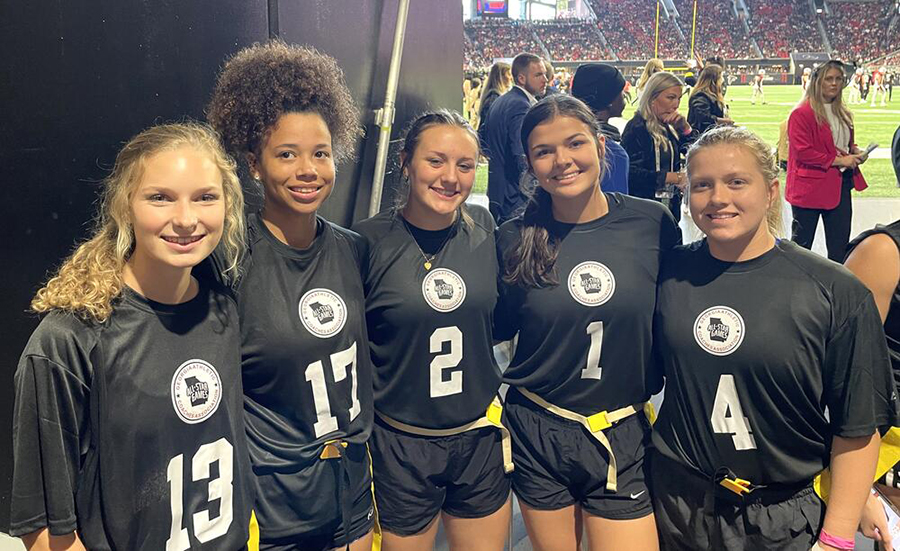 The Atlanta Falcons and the Georgia Athletic Coaches Association showcased the Best of Bulloch’s flag football players at the Falcons game Sunday.

In the first three years of flag football being introduced in Bulloch County Schools, its three high schools have embraced the sport and are setting the bar high with two state championships and two state runner-up titles. Now five of the school district’s best athletes were chosen this year for the Georgia Athletic Coaches Association All-Star Flag Football game rosters, Portal’s Emma Yates was selected as the event’s Player of the Game, and the all-stars also were invited to exhibit the sport at halftime during the Atlanta Falcons game on New Year’s Day. 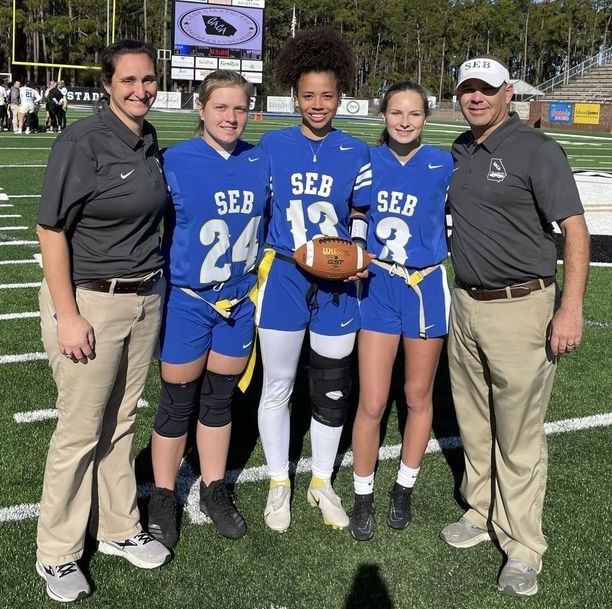 Emma Yates, who plays quarterback, and Riley Lamb, a running back and linebacker, were the two players selected from Portal for the All-Star Game roster.  Georgia Athletic Coaches Association Vice President Tina Hester presented Yates with the Player of the Game trophy during an on-field ceremony after the game. Southeast Bulloch’s All-Star players were Abigail Morgan, who plays center, Kaylee Haas, a defensive back, and Ainsleigh Littles a quarterback and running back.

These skilled ladies helped lead their Blue team to a 12-0 victory over the White team, with Southeast Bulloch’s Abigail Morgan catching a touchdown pass from Portal’s Emma Yates during the game. Coaches David Yates of Portal and Marci and Nick Cochran of Southeast Bulloch were also selected as coaches for the game. 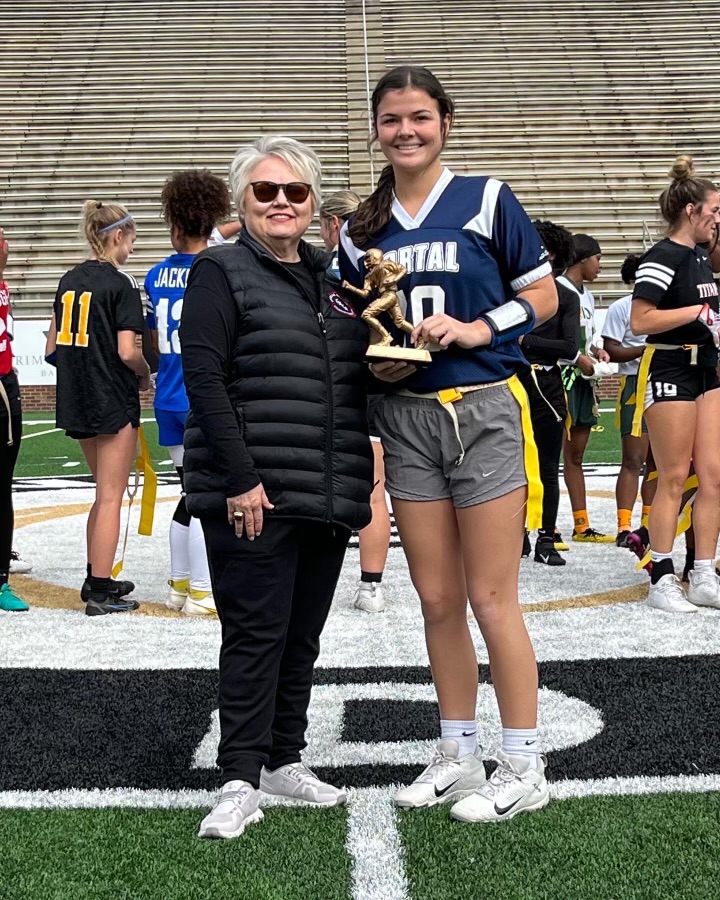 Portal was the first of Bulloch County’s public high schools to add flag football as a sport in 2020. They finished their first season as the Georgia High School Association’s Class A-AAAA state runner-up, and claimed the runner-up title a second time in 2021, after an historic match up with Southeast Bulloch High School.  Southeast Bulloch claimed the A-4A state title in its inaugural season that year and again in 2022.