A 13-year-old female student was arrested at Langston Chapel Middle School, according to the Bulloch County Sheriff’s Office. 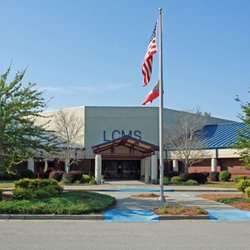 A 13-year-old female student was arreseted at Langston Chapel Middle School, according to the Bulloch County Sheriff’s Office.

According to authorities, officials at Langston Chapel Middle School and School Resource Officer (SRO) Randy Garmin were made aware of a social media threat where a 7th grader was soliciting a person to “issue a threat” towards LCMS so she would not have to attend school.

Per a news release issued Wednesday morning, Deputy Garmin worked with officials at the school to quickly identify the student and an arrest was made immediately. BCSO says the juvenile was charged with ‘conspiracy to commit a felony’ and transported to the Bulloch County Jail. Following processing into the jail and into the Department of Juvenile Justice System, the student was released into the custody of her parents in accordance with the law.

“The school administration will take appropriate actions to discipline the student under their protocols and procedures. Law Enforcement will continue to work with the area school’s administrators to address each and every situation according to the laws of the state of Georgia,” the news release said.

In a statement, Captain Todd Hutchens said the Bulloch County Sheriff’s Office “will take all situations seriously and respond accordingly as the Laws of the state of Georgia apply.”

Authorities reiterated that NO THREAT was made directly towards the school, but that the student did solicit someone to issue a threat so she would not have to attend school.