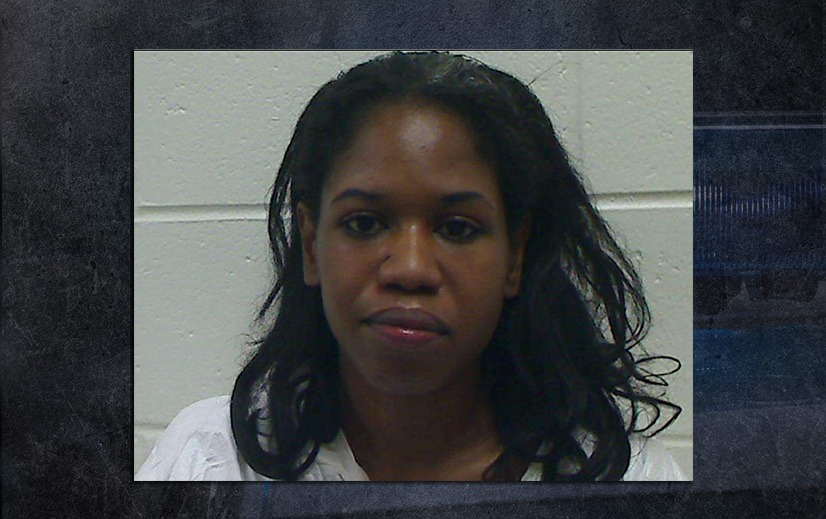 Statesboro Police Department officers responded to a shooting at Stadium Walk Apartments on Wednesday. The female victim was shot in the back. She is being treated at Memorial Health in Savannah. Her sister and roommate, Amber Breanna Frazier, has been arrested and charged with one count of Aggravated Assault and one count of Possession of a Firearm during the Commission of a Crime. 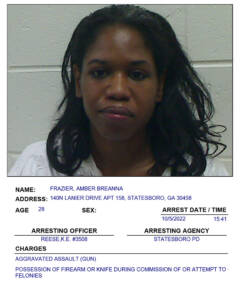 On 10/5/22 at 12:09 PM SPD Patrol officers responded to the Stadium Walk Apartment complex on Lanier Drive for a shooting inside of one of the units. Upon their arrival, officers located the 32 year old female victim with a single gunshot wound to her back. The victim was rushed to Memorial Health in Savannah where she remains under treatment.

The scene was secured by officers, and detectives responded to begin the criminal investigation. The victim’s sister, Amber Frazier (28 years old, Lanier Drive, Statesboro), remained on scene and was transported to SPD for an interview. Once the scene was processed and the interviews completed, Frazier was formally charged with one count of Aggravated Assault and one count of Possession of a Firearm during the Commission of a Crime. The shooting is believed to have started as a domestic dispute between the victim and offender, both of whom lived in the apartment.

Anyone with information on this case should contact Senior Detective Katie Reese at 912-764-9911 or submit an anonymous tip to tips@statesboroga.gov.