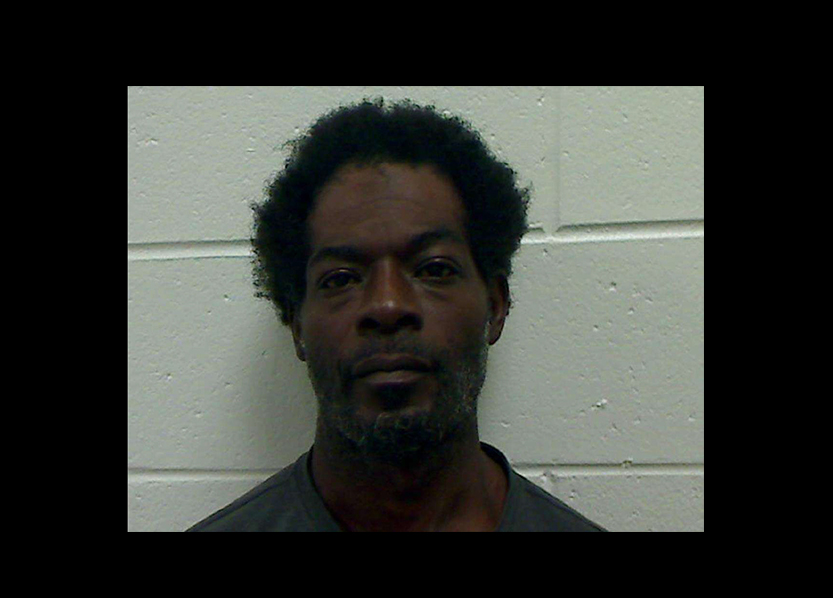 The Statesboro Police Department has had two reports of stabbing incidents this week, one on Johnson Street and the other Mikell Street. Both cases have now been cleared by officers and detectives. Teanda Brinkley has been charged in the first incident with aggravated assault and criminal trespass. The second incident was determined to be self defense. 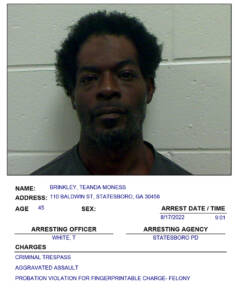 The first occurred on 8/17/22 at 6:50 a.m. when patrol officers responded to the 300 block of Johnson Street for a male found with multiple stab wounds at that location. The male was able to direct officers to another vacant residence on Johnson Street where he said the assault occurred. He was then transported to East Georgia Regional Medical Center for treatment and later released. Officers and detectives found evidence of the stabbing inside of the residence pointed out by the victim. After subsequent investigation, detectives charged Teanda Brinkley (45, Baldwin Street, Statesboro) with 1 count of Aggravated Assault and 1 count of Criminal Trespass. He was also wanted on an outstanding Felony Probation Violation warrant. Brinkley was transported to the Bulloch County Jail where he awaits further judicial action. Anyone with information on this case should contact Senior Detective Ben Purvis at 912-764- 9911 or submit an anonymous tip to tips@statesboroga.gov.

The second stabbing incident occurred on 8/18/22 at 4:29 a.m. at a residence in the 100 block of Mikell Street. Officers responded to that location and were informed that the male injured in the incident had left on foot. He was discovered at the Quality Inn on South Main Street at 5:51 a.m. and transported to East Georgia Regional Medical Center with non-life threatening injuries. Detectives responded and interviewed all parties involved as well as obtaining video surveillance footage. The individual who stabbed the male was located and was cooperative with detectives. Based on the evidence gathered, the stabbing appears to be an act of self-defense and no charges will be filed at this time. Anyone with information on this case should contact Detective Katie Reese at 912-764-9911 or submit an anonymous tip to tips@statesboroga.gov.