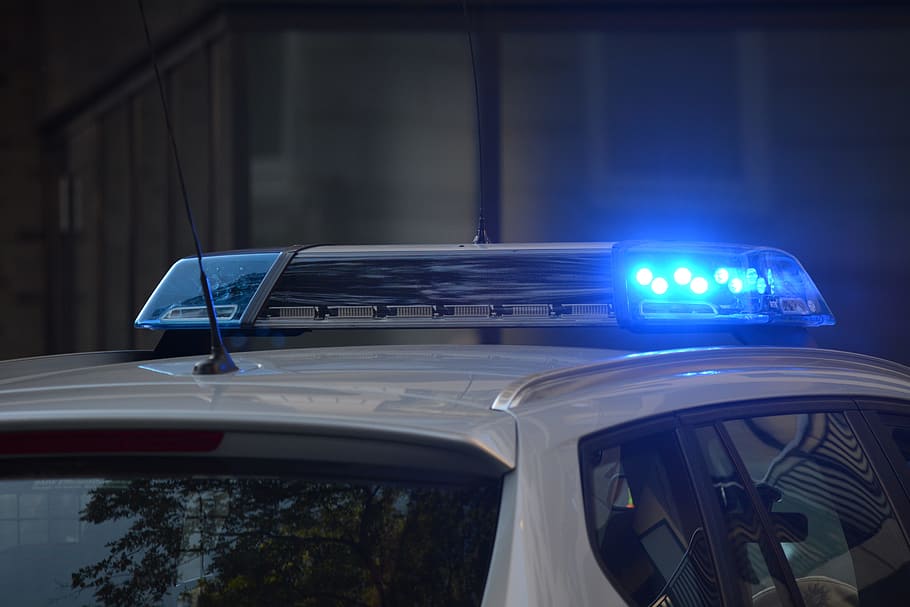 Two individuals were arrested Tuesday after a drug complaint in the 100 block of Lanier Drive. During a search of the apartment, Statesboro Police Department officers discovered marijuana, THC oil, and two sawed-off shotguns. 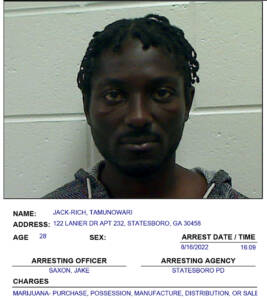 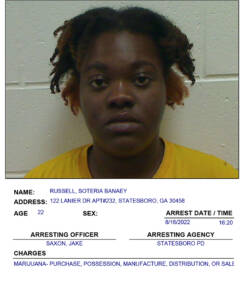 On 8/16/22, officers with SPD’s Impact Team responded to an apartment in the 100 block of Lanier Drive regarding a drug complaint at the location. During the course of the investigation, officers developed probable cause to search the apartment,
discovering marijuana, THC oil, and two shotguns which had the barrels sawed off to a length shorter than originally manufactured. Tamunowari Jack-Rich (28, Lanier Drive, Statesboro) and Soteria Russell (22, Lanier Drive, Statesboro) were arrested and charged as follows: 1 count Possession of Marijuana with Intent to Distribute, 1 count Possession of a Schedule I drug with Intent to Distribute, 2 counts of Possession of a Firearm during the Commission of a Crime, and 2 counts of Use of a Sawed-Off Shotgun during the Commission of a Crime. Both remain at the Bulloch County Jail pending further judicial action.

Anyone with information on drug activity within the City of Statesboro should contact SPD’s Impact Team at 912-764-9911 or anonymously via tips@statesboroga.gov.