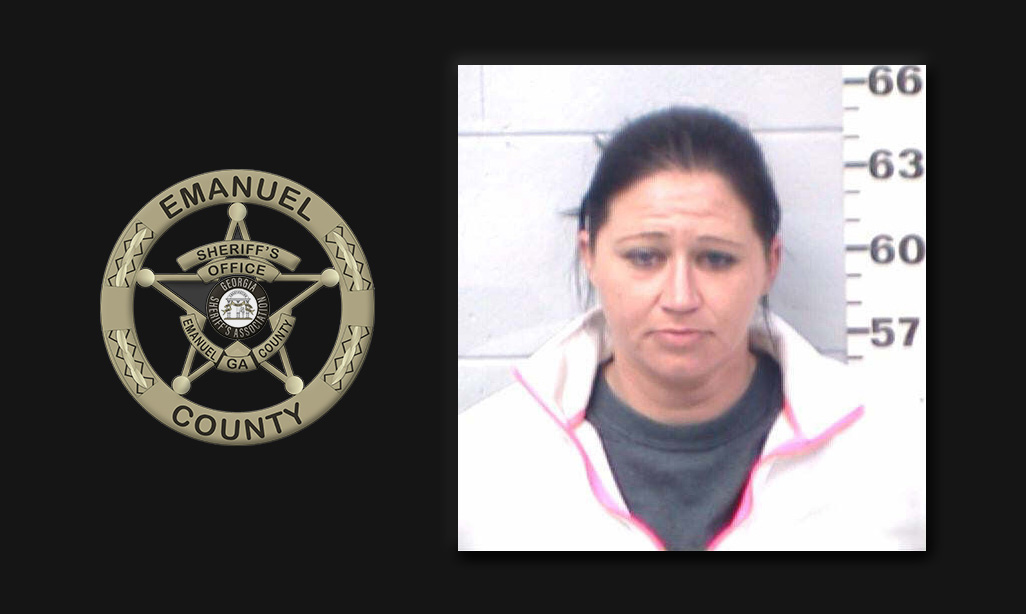 According to the Emanuel County Sheriff’s Office, Georgiana Nicole Stephens of Swainsboro was arrested Friday in reference to the investigation of the 2019 death of Priscilla Riner Hooks.

From Emanuel County Sheriff’s Office:
Recently, Sheriff Jeffrey Brewer started reviewing evidence and discovered leads that needed to be followed up on in the death of Priscilla Riner Hooks. After interviews conducted by the Emanuel County Sheriff’s Office and the Georgia Bureau of Investigation, this led to the arrest of Georgiana Nicole Stephens, age 33 of Swainsboro, on Friday, January 28, 2022, in Dublin, Georgia for concealing the death of another person, tampering with evidence and false statements in the Priscilla Riner Hooks death investigation. Investigation revealed Stephens assisted Hooks with concealing the manner of her death and removing evidence after Hooks was deceased. After Stephens’ arrest, she was transported to the Emanuel County Jail.

Priscilla Riner Hooks was awaiting trial for murder and was found dead in a church cemetery on Tuesday, September 24, 2019. The investigation has been ongoing by the Emanuel County Sheriff’s Office and the Georgia Bureau of Investigation Region 12 Field Office. Hooks’ death was ruled a suicide after an autopsy was completed by the GBI Crime Lab in Pooler, Georgia.

At the time of her death, Priscilla Riner Hooks was out on bond awaiting trial in connection with the shooting death of her ex-boyfriend Dustin Wilson. Orders from the judge in that case had her barred from Emanuel County except for court appearances. Her temporary residence had been in Bulloch County, where her vehicle and ankle monitor were found. From the beginning of the investigation, investigators did not believe she came to the cemetery on her own because no vehicles were found at the scene and no weapon was recovered.

Priscilla Riner Hooks was accused of killing her ex-boyfriend in June of 2018. A grand jury indicted Riner Hooks of multiple charges including malice murder, aggravated assault, felony murder, voluntary manslaughter and four counts of possession of a firearm in the commission of a felony. Riner Hooks was granted a bond of $65,000 in July of 2018.

Sheriff Brewer commends the determination and perseverance of all involved.