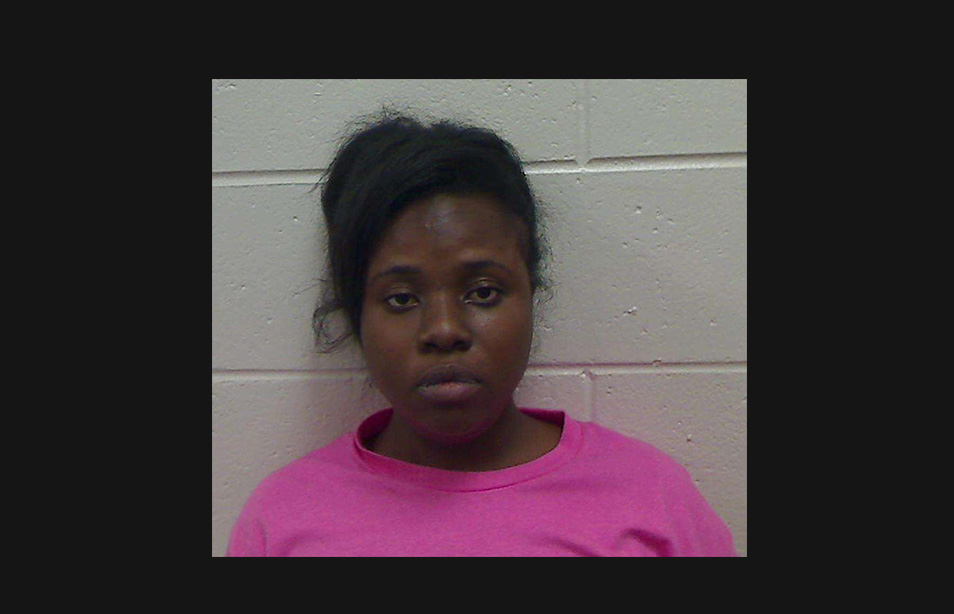 Ccliyah Wynn of Statesboro was arrested just after midnight Wednesday on charges of Aggravated Assault for stabbing another person during an altercation on Pine Street.

The victim reported the incident and Statesboro Police Department detectives began a criminal investigation. Upon investigation through interviews and additional evidence, Wynn was arrested and remains at the Bulloch County Jail.

On 5/4/22 at 12:05 a.m. SPD Patrol officers responded to Morris Heights Apartments for an adult female at that location who had been stabbed. The victim sustained the stab wound during the course of an altercation on Pine Street. She was transported to East Georgia Regional Medical Center for treatment of the non-life threatening injury. Detectives responded to begin the criminal investigation.

After conducting interviews and searching for additional evidence, officers arrested 27 year old Ccliyah Wynn (Lovett St, Statesboro) on a single count of Aggravated Assault. She was transported to the Bulloch County Jail where she remains pending further judicial action. 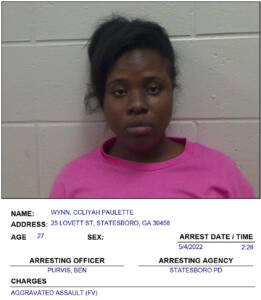 Anyone with information on the case should contact Senior Detective Ben Purvis at 912- 764-9911 or submit an anonymous tip to tips@statesboroga.gov.